The urban indoor vertical farm industry is at an important juncture. Automation is taking root, long-term contracts with creditworthy retail and food service distributors are in the works and vertical farms are preparing to scale up. Also, the industry is about to get its first trade group, the American Association for Urban and Vertical Farming.

"The vertical farming industry in the U.S. is at a point where — if provided facilitation in terms of industry coordination, information exchange, innovation, education, training, funding, etc. — ... it can be enabled to reach critical mass," said Joel Cuello, a University of Arizona professor of biosystems engineering and vice chair of the Munich-based Association for Vertical Farming (AVF).

Just as important: a trade association can advocate for the industry and help it secure more funding.

In the 2018 U.S. Farm Bill, an annual allotment of $10 million was established to develop an office of urban agriculture and supporting projects, said Neil Mattson, controlled environment agriculture director and associate professor/greenhouse extension specialist at Cornell University. That’s a relatively small amount that includes everything from vertical farms to urban community gardens.

Whether industry-wide collaboration is needed or wanted at this stage is unclear. Sharing information could accelerate the industry’s development, but it also could dilute the value of a firm’s propriety research and development efforts.

Technology is important to reduce cost and to improve yields and quality, and therefore to provide a better return on investment.

The existence of New York City’s Agriculture Collective — which counts AeroFarms, Bowery Farming, Smallhold and Square Roots as members — illustrates that there are ways for the urban farming industry to share knowledge.

Having a city or regional dimension to collaborative efforts is key, especially when it comes to working in cities, said Henry Gordon-Smith, founder and managing director of Agritecture Consulting. For example, there is often a need for new zoning for indoor farming because it is not a permissible use of a building in an urban area, he added.

The new vertical farm trade association will be affiliated with the AVF, but the exact affiliation has not been negotiated yet.

Vertical farming does a very good job of tapping into customers’ interest in tasty, fresh and locally grown food. "Customers love it," said Chris Manca, Whole Foods Market’s local program coordinator for the Northeast region. "It connects with people who are passionate about local food and the environment."

Since 2014, Whole Foods has cultivated a high-tech Gotham Greens greenhouse farm on the rooftop of its Gowanus, Brooklyn, store. Leafy greens, microgreens and herbs grown in this rooftop greenhouse are sold in its store downstairs, in other nearby Whole Foods locations and at local restaurants. In addition, for the last year and a half, the Whole Foods location in Bridgewater, New Jersey, also has been selling mushrooms grown in an in-store vertical farm unit developed by the Brooklyn-based organic mushroom farming company, Smallhold. More recently, a second Smallhold in-store mushroom growing unit was added in a Whole Foods store in Brooklyn. 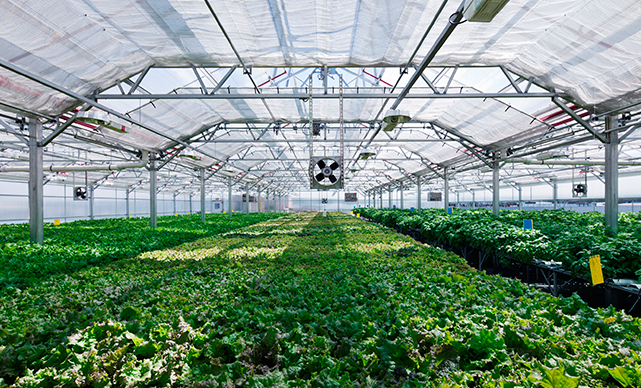 The chief selling points of indoor vertical farm-grown fruits and vegetables are that they are pesticide- and herbicide-free, require only a little water and land to produce, offer flexible supply dynamics, have short grow cycles, offer year-round production and have easy product traceability, according to those interviewed for this article. Grocers or producer purveyors also might be able to claim greater price certainty and a longer shelf life.

"We look at [vertical farms] as a growing trend and a unique opportunity to partner with up and coming brands," Whole Foods’ Manca said.

But some farms need to get their prices in line with traditional produce, and it is becoming clear that vertical farms must start offering a wider variety of produce. Many are experimenting with growing berries and vine crops, such as tomatoes and cucumbers. To date, leafy greens, microgreens and herbs have been vertical farms’ cash crops because they offer more competitive pricing due to high yields and the fact that they require less energy to grow.

The growing appetite for indoor growing

Five Mediterranean climates — including California’s — supply all of the world’s fresh fruit and vegetables, and these climates are dealing with changing weather patterns. That is forcing more scrutiny of the vertical and indoor farming sectors.

"Today, the world can only grow enough fresh fruits and vegetables to feed two-thirds of the global population what is required for a healthy diet. That's with 7.5 billion people on Earth," said Christina Ra, senior director of integrated marketing at Plenty, the San Francisco-based indoor vertical farming company that in 2017 raised $200 million in Series B funding from Softbank, Amazon’s Jeff Bezos and Eric Schmidt, the former chairman of Alphabet.

Already, there is not enough, and the global population is expected to reach almost 10 billion in 2050, Ra pointed out.

"Technology is important to reduce cost and to improve yields and quality, and therefore to provide a better return on investment," said Charlie Wang, president and CEO of Oasis Biotech, an Albuquerque-based company that owns vertical farms in Las Vegas, China and Albuquerque. It also develops and sells LED lights and hydroponic grow systems under SANANBIO brand.

"We can do precision agriculture within a precise environment," said Grant Vandenbussche, senior business development strategist at Fifth Season, a fully automated indoor vertical farm company based in Pennsylvania. "This allows us to isolate variables to optimize for specific desired outcomes rapidly. We know how each factor is impacting things like plant growth, coloring, and flavor. … It's a true 'smart manufacturing' system."

We have been very forward [about how] energy requirements are a potential limiting factor for the industry.

Indoor vertical farms’ energy needs for lighting and HVAC are considerable, however. For example, leafy greens grown in vertical farms in the Northeast currently have a carbon footprint that is two times higher than the carbon footprint for the same product grown in a field in California and then shipped 3,000 miles across the country, Mattson said.

There is also research and data that points to vertical farming being more energy-intensive than greenhouse-grown produce.

"We have been very forward [about how] energy requirements are a potential limiting factor for the industry," Vandenbussche said. "We're paying very close attention to our energy requirements as we launch our new farm, and we are implementing as many energy savings solutions as possible."

Sourcing all of a vertical farm’s energy needs from renewable sources through local utility providers can be challenging. Microgrids are an obvious alternative, but for some vertical farms the initial capital cost is prohibitive.

For its farm, Fifth Season partnered with Scale Microgrid Solutions, a firm that provides turnkey microgrids, on a solar-microgrid solution. "[They have] a shared savings solution that allows you to capture the benefits of a microgrid without the upfront capital cost," Vandenbussche said.

Another workaround could involve geothermal energy, which can help control the air temperature. But for indoor vertical farms the largest energy cost is electricity for lighting, which geothermal cannot address.

The indoor vertical farm industry has seen a lot of investment, but the business models are still sorting themselves out.

"There has been a big push on technology, but technology might not be the differentiating factor. The business models matter," said Ian Copeland, managing director at Ultra Capital, a San Francisco- and Philadelphia-based firm that focuses on small to midsize sustainable infrastructure projects in the agriculture, energy, waste and water sectors.

Investors want data-rich businesses that are responding to climate change, Gordon-Smith of Agritecture Consulting said. Consumers and retailers, meanwhile, want produce that they can trust will be clean and local, he added.

According to Whole Foods Market’s Manca, one big driver of the vertical farming trend is people wanting to know where their food comes from. "Especially for people in urban areas, I think that it’s really appealing to know that fresh produce is now being grown nearby and available at local stores at the peak of freshness," he said.

When it comes to vertical farming, venture capital is important, but project financing is critical, Oasis Biotech’s Wang said. 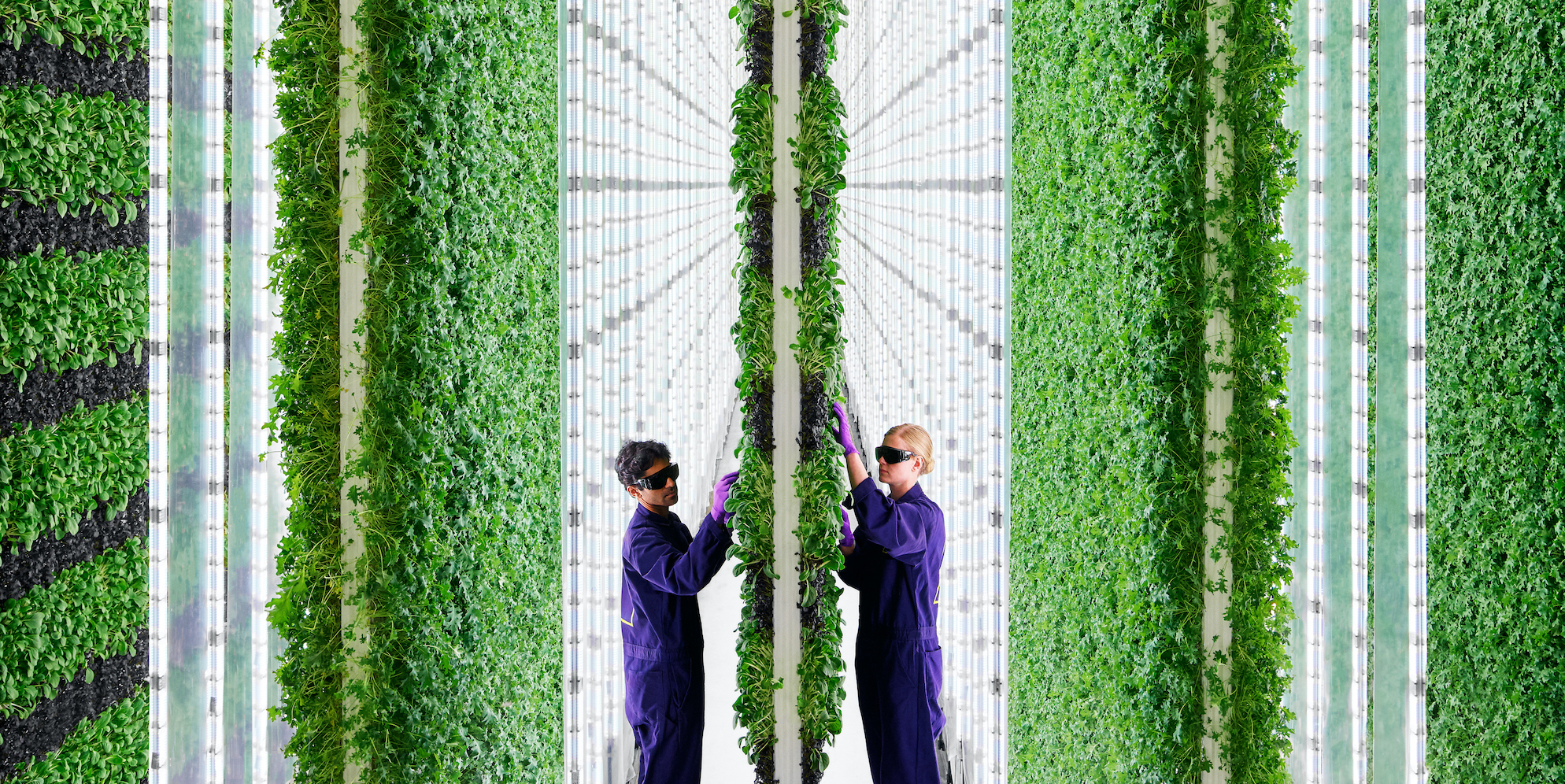 "Thanks to our modular platform — where we build farms inside refurbish shipping containers — we can quick pop up in a new city with relatively little capital vs competitors,” said Tobias Peggs, cofounder and CEO of Square Roots.

"First, we want to refine and evaluate the proof of concept [at the co-located headquarters farm]. Assuming that we meet or exceed the projections going in, we hope to begin adding more locations next year," said Sean Walsh, GFS’s director of North America category management.

GFS trucks food to more than 100,000 restaurants, schools, hospitals/healthcare facilities, cruise ships and summer camp customers in the eastern half of the United States and Canada. GFS also runs a regional network of stores that service small businesses, caterers and walk-in consumers.

Other indoor farming companies are also in an expansionary mode. For example, Gotham Greens, which operates five high-tech greenhouse farms in New York City and Chicago, is opening new locations in Providence, Rhode Island; Chicago and Baltimore in the coming months. It says its retail presence will have grown to about 2,000 retail doors by the end of this year.

And in late October, Plenty, which concentrates on the West Coast, announced plans for a farm in the heart of Los Angeles. The new facility will create about 50 local jobs, ranging from growers to operations manager. 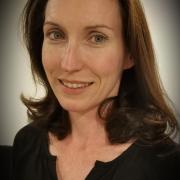 Electrification could squeeze CO2 out of industrial supply chains

How issuers can maintain the ‘greenium’ associated with green bonds

Behind the coming ESG disclosure explosion

See all by Jean Haggerty