In an industry dominated by ever-changing fashion trends, part and parcel of leading a clothing brand is staying ahead of the curve. And given fashion companies arguably have more power than most to influence their consumers, could clothing manufacturers' sustainability efforts help deliver wider progress in tackling environmental challenges?

Having taken its first major company-wide look at setting sustainability objectives at a corporate level in 2009, apparel, footwear and accessories giant VF Corporation — the group which owns a number household brands such as Timberland, North Face and Vans — set a target of reducing its global carbon emissions by 5 percent between 2010 and 2015.

It may not sound a show-stopping target at first glance, but the company nevertheless revealed earlier this year it has surpassed the goal by an impressive margin. In fact, VF Corp cut its global emissions by 12.6 percent over the five years to 2015, preventing more than 38,000 tons of carbon from entering the atmosphere — the equivalent of the electricity needed to power 5,710 homes for one year.

However, the statistic is perhaps more revealing of the scale of carbon reductions achieved when placed in the context of its huge business growth over that same period. After all, since 2010, VF Corp has added around 500 sites to its global operations, which accounts for a 40 percent increase driven primarily by retail store expansion. Overall, while its emissions fell, the company's revenues grew by a massive 75 percent over the period.

VF Corp cut its global emissions by 12.6 percent over the five years to 2015, preventing more than 38,000 tons of carbon from entering the atmosphere.

Having it both ways

In a post-Paris Agreement world where political and business leaders are seeking desperately to keep global temperature increases to well below 1.5 degrees Celsius, it often has been argued that reducing emissions and boosting clean tech does not have to come at the expense of economic growth. 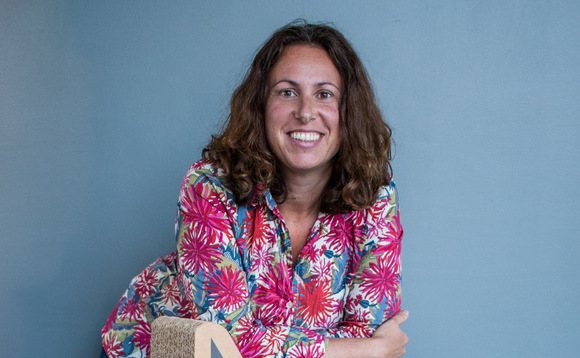 "Absolutely, I think it goes both ways," she said. "First of all because you can always look at your business and find areas for improvement. Also, we have technologies that allow us to be more energy efficient — light sensors in offices or retail stores, or energy efficiency lights that a few years ago were costing a lot more than today."

The company has a return on investment of around two to three years when it installs LED lights, she explained, while improvements in technology, the availability of renewable energy and the savings that come from reducing energy use can all help boost revenue. Indeed, the company claims it has saved $25 million in energy costs since 2009.

"It's a great opportunity for environmental impact but also from a business perspective," added Rugarli.

She also cites specific innovations within certain brands that have boosted sales and revenues, such as outdoor apparel label Napapirji's phasing out of the use of down fibers — derived from goose or duck plumage — in favor of synthetic alternatives through its lightweight ThermoFibre innovation. Meanwhile, in 2014 the North Face helped launch the Responsible Down Standard — a third party-certified animal welfare and traceability standard which is now widely used across the industry.

"Napapirji use ThermoFibre in their jackets and it has been very successful commercially, to the point that now Timberland is using that technology as well," explained Rugarli. "They have also completely phased out real fur."

VF Corp's global carbon reduction efforts focused on its four main business operation areas that use the most energy: its 24 owned and operated manufacturing sites; 35 distribution centers; more than 1,460 retail stores; and around 240 offices used by VF and its brands. The biggest falls in emissions over the five-year period were from VF's offices and distribution centers, achieving a 30 percent and 25 percent drop, respectively.

Of the 12.6 per cent total carbon reduction achieved by VF, the firm claims half resulted from increased use of clean energy, renewable energy credits and carbon offsets. The remaining half then came as a result of employee behavior changes on energy use, energy efficiency projects and the construction of energy efficient facilities.

Despite its initial targets' being met ahead of schedule, Rugarli remained tight-lipped on how ambitious the company's future carbon targets might be, other than to state that "we are looking at this right now" and that a new goal could emerge next year.

In the meantime, the company appears to be scaling up its sustainability work and ambition. By 2020 it is aiming for a 40 percent reduction in the amount of waste it sends to landfill globally, while it has been auditing VF facilities this year with the aim of producing a series of recommendations in 2017 to boost energy efficiency.

And towards the end of last year, VF signed up to the White House's American Business Act on Climate pledge along with other international brands such as Google, Walmart and Nike to power and heat all of the firm's owned and operated facilities with renewables globally by 2025.

"That's our new big goal," said Rugarli. "We are already working on it and will be setting up a plan and a strategy to go after it. For Europe, Middle East and Africa, we are working with our procurement department to make sure that we buy renewable energy at a country level, and we are already sourcing 60 percent renewable energy at a company level in these regions."

For a global giant in apparel, footwear and accessories with more than 30 household brands under its umbrella — including Lee, Wrangler and Reef — achieving that target within a decade will be no mean feat.

"We have a very diverse portfolio of products and brands, so it is not always straightforward to engage with them about sustainability," conceded Rugarli, who explains the company's outdoor clothing brands North Face and Napapirji tend to reflect their consumers in being among the more advanced in their engagement with sustainability issues. "These are the two brands that have developed a higher standard of work regarding sustainability and they engage their consumers."

For a global giant in apparel, footwear and accessories with more than 30 household brands under its umbrella — including Lee, Wrangler and Reef — achieving that target within a decade will be no mean feat.

VF Corp therefore values giving its various brands relative freedom to explore sustainability best practice and innovation within each of their own distinct markets. According to Rugarli, the company sets baseline standards on sustainability right across the global portfolio, then encourages each brand to seek their own ways of going further.

"We give them the freedom to decide how far they want to go in sustainability, because each brand has its own DNA," added Rugarli. "So you will find that some brands are more advanced, because they have sustainability at the core of their business or their consumers are concerned about these topics.

Vans, for instance, has a very different and far younger target audience to North Face, and organizes a lot of gigs and events for thousands of people in the U.S. at which it seeks to engage with its consumers about the brand and its sustainability work.

And, while the size of the company can be present a challenge for those looking to oversee its sustainability work, it is also presents a significant advantage, according to Rugarli. VF Corporation is one of the biggest apparel manufacturers in the world, meaning its work can have a significant influence on the wider industry.

"Whenever we see some best practice in one of our companies that is successful and has a positive impact on the environment, we try to scale it across all of our brands," she said. "This is an approach that we try to take, because we can pilot different products, programs and brands and when we see the success, we are able to immediately grow our sustainability program. This is not only for ourselves, but also we bring the benefits to the industry."

There are certainly a sizeable number of environmental issues facing the clothing sector globally — high water consumption and supply chain traceability, to name two. Yet, VF Corp looks to be entirely on trend with its growing commitment to tackling the sector's sustainability challenges.

How Michelin and Bridgestone are accelerating green tire innovations