Vital to Business Survival: Reading the Signs of Change

In this era of heightened environmental awareness, the ability to recognize the transformational power of the green movement -- and act on it -- can be the difference between life and death for a business. Brandi McManus' four-part series "Growing a Green Corporation: Meeting the Next Great Disruptive Challenge of the 21st Century" begins today with a look at the perils of failing to recognize disruptive change.

In the 18th century, warfare was changed forever. Out were the romantic knights with armor and lances, and in were muskets, artillery and infantrymen. Armies now used gunpowder as an effective means to destroy an enemy from afar. Although early muskets had a limited rate of fire, range and accuracy, firearms allowed anyone to become an effective soldier with very little training. Previous military units like bowman and knights needed years of practice to master their skills. These disruptive changes created an entirely new approach to the art of war.

The prince or king -- the CEO of that era -- who recognized the disruptive force and seized upon it early gained an overwhelming advantage.


Disruptive change is present in every era. It shifts the underlying forces of society, industry or business. In modern times, we have many examples of industries undergoing a disruptive change -- computers, telecommunications, pharmaceuticals, newspapers and music to name a few.

The question facing today's CEO may not be a matter of life and death, but it is vital to business survival: What is the next great disruptive change, and when should you act?

History is littered with the failures of companies that did not see disruptive change or technology: Kodak and the digital camera, BMG and digital music, the minicomputer industry and personal computers, and Dell's entrance into printing and the threat it posed to HP. Fortunately, history reminds us of the success of those who ride the wave of disruptive change: Apple with its iPod, General Electric, SAP and Oracle.

There are huge rewards for recognizing the indicators of disruptive change. The penalty for lack of response? Struggle, failure and an ignoble exit.


What in the world is the next disruptive force?

Business leaders in every industry have a powerful interest in figuring out what the next big disruptive change will be. Will society move to e-books? Will voiceover IP dominate the telecommunications industry? Will CD collections be discarded in favor of digital?

Those are important issues, but they pale next to the real change that is coming. The clues to this change are literally all around us -- in the air, under our feet and in our water. The single most important issue of our generation is not only threatening how we do business today, it is threatening our society, economy and health.

This looming issue is the environment.

Once a concern only for hippies and extremists, the environment has become a pressing issue for everyone living in our world today. In "Green to Gold: How Smart Companies Use Environmental Strategy to Innovate, Create Value and Build Competitive Advantage," authors Daniel Esty and Andrew Winston write: "In today's world, no company, big or small, operating locally or globally, in manufacturing or services can afford to ignore environmental issues."

Some may argue about the causes of climate change and the role that humans play. But from a business perspective, there is no question that the environment is fast becoming a driving force behind public, governmental and economic activities around the world.

In short, the environment is the new musket.

Reaching the Limits -- Are We There Yet?

As business leaders, we understand there are constraints on our growth. We can be limited in revenue by our headcount. We can only sell as many products as we can purchase parts for or build in a given time. There are only so many hours in a day, people in the factory and dollars in the bank.

Natural systems have limitations too. Some experts estimate that $33 trillion worth of "free" services are provided by the planet each year, including soil, fresh water, breathable air, pest control and livable climate. These services never appear on balance sheets, but they are beginning to impact businesses.

At worst, these free services -- or the lack of them -- can constrain business, shape markets and threaten the planet. However, these impacts are not immediate. We do not know the timeline for when a resource will become scarce, too expensive or disappear. All we can do is watch for the indicators.

Some simple indicators from environmental issues that you may already be aware of are environmental laws and regulations, challenges from Non-Government Organizations (NGOs), large customers putting pressure on suppliers to be green and the speed of developing and holding market share in business today.

One of the fastest growing and most immediate business threats related to the environment comes from investors and stakeholders, who in growing numbers are watching the indicators and asking hard questions about environmental responsibility. Business leaders who ignore these stakeholders can be subject to a public relations scandal, a destroyed market, ended careers and millions to billions of dollars lost.

Recently, a leading soft drink company learned this the hard way when its bottled water was pulled from the British market for failing European Union water quality tests, Esty and Winston noted in their book. The same company has been targeted by activists in India for water consumption in drought-prone areas. And in January 2006, a major U.S. university suspended the purchase of this company's products, in part because of concerns over environmental issues. While it is difficult to measure the full financial impact of these actions, the company has suffered irreparable brand damage in the second most populated country in the world. That is disruptive change.

Apple Computer has also received this message loud and clear, and responded quickly. In 2006, Greenpeace targeted Apple "iWaste" with a "Green my Apple campaign." Then in spring of 2007, Greenpeace issued a guide to electronics that ranked major corporations on their reduction of toxic chemicals and electronic waste, with Apple ranked last. This coincided with the release of the iPhone and stockholders took notice. America's most innovative brand cannot afford an environmental attack. Quickly Steve Jobs, the company's CEO, issued a letter that promised a "greener Apple."

Further evidence of the importance of this issue was found in a more unlikely spot the same year. Sports Illustrated published a cover story on climate change that discussed its impact on sports. While many readers were irritated by coverage of the highly charged environmental issue and the magazine's take on the topic, the article made an interesting point about climate change -- it will change the games that we play.

Many companies with well known brands and multinational operations are finding that customers and shareholders have become vocal about business practices. Your customers and your bottom line are what are driving climate initiatives and business innovation. That's exactly what makes it so disruptive.

Brandi McManus is the global business development manager for energy services at TAC. Over the past nine years, she has worked at TAC to ensure efficient sales operations through strategic planning and proactive leadership with a focus on training and development of personnel. McManus is highly skilled in both domestic and international product development and improvements, as well as process creation and implementation. 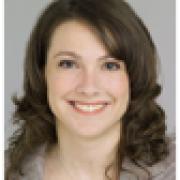 How to Build a Green Team: The First Step to Sustainability

How Companies Are Investing in Sustainability

Vital to Business Survival: Assessing the Impact of Environmental Pressures

Driving Change in Energy Efficiency: A Carrot or a Stick?

Going Green From the Inside Out

See all by Brandi McManus