Volkswagen and the dark side of corporate sustainability

Two weeks after being named to the prestigious Dow Jones Sustainability Indices, the auto giant provides a master class in what's wrong with sustainable business.

Update: On Sept. 29, the publishers of the Dow Jones Sustainability Indices announced (PDF) that Volkswagen will be "removed" from the investor-focused corporate social responsibility rankings, effective Oct. 6.

As a result, the car manufacturer still embroiled in a diesel emissions cheating scandal will no longer be recognized by Dow Jones as the automotive industry leader in sustainability.

The 2015 indices, following a pattern of high marks for Volkswagen over the years, noted, “Sustainability is the foundation of the group’s corporate policy.”

But all of that glosses over one not-so-small issue: a software program rigged to cheat emissions testing in 11 million diesel-powered cars owned by consumers around the world.

Aside from openly flouting environmental laws, reports since the Environmental Protection Agency revealed the issue last week (a discovery saga in and of itself) have attributed the rigged software to hundreds of thousands of tons of previously unknown air pollution. The pollutants involved, smog-inducing Nitrogen Oxides (NOx), can contribute to respiratory ailments and premature deaths that have been linked to breathing contaminated air.

Aside from guaranteed admission into the corporate malfeasance hall of fame, the emissions cheating scandal jeopardizes the future of the largest car company in the world and adds yet another black mark to common self-policing tactics employed in the world of corporate sustainability.

The fallout from the EPA notice last week that Volkswagen willingly violated the Clean Air Act has been swift and intense.

Volkswagen share prices plummeted more than 35 percent by early this week, the company's market cap contracted by more than $25 billion and CEO Martin Winterkorn resigned Wednesday under pressure (nudging share prices slightly higher). In the meantime, law firms are beginning to "trip over one another filing class action lawsuits,” according to Car and Driver.

Although its not yet clear what it would take to patch the cars affected, meaning that no official recall is in effect, Volkswagen has budgeted $7.3 billion to mitigate fallout. The prospect of car buybacks and other complications could push that figure even farther north, analysts say.

At issue is a family of diesel-powered Volkswagen engines sold in popular sedans such as the Jetta, Passat, Golf, the iconic Beetle and the A3 produced by sister company Audi. According to the EPA, the cars contained a “defeat device” to artificially and deliberately lower NOx emissions 10 to 40 percent — but only while being tested by regulators.

“It wasn’t an engineering mistake, or an engineer being pressured to approve something to cut cost,” Voelcker said. "This is a deliberate attempt, as far as we know.”

So, why go to such lengths to cheat environmental standards that other cars already had been able to meet? And how did Volkswagen get away with such blatant disregard for sustainability measures the company has so publicly espoused? 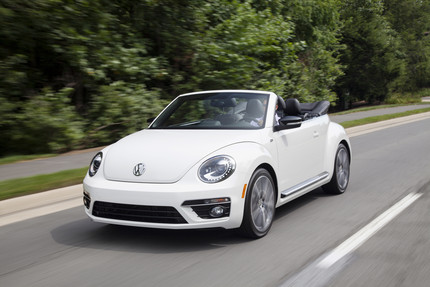 “There are a couple of reasons that VW might have chosen to trick the EPA,” Voelcker explained. “No. 1 was that they just couldn’t do it, and they had to sell the cars. No. 2 was that they wanted to deliver the performance that diesel cars are known for.”

Economically speaking, Volkswagen’s low-cost diesel model might have conflicted with the most well-known — and much more expensive — method for controlling diesel emissions, leaving the company scrambling for a Band-Aid. NOx-inhibiting liquid urea solutions are commonly injected by makers of higher-end diesel cars, such as Mercedes-Benz, but were used in just one affected VW Passat model.

When it comes to the notion of performance anxiety, diesel-powered cars — in a sharp contrast to those with hybrid gasoline engines — are known for fast acceleration and lots of torque. The company may not have wanted to alienate the gear heads that gravitate toward diesel engines along with environmentally minded buyers interested in emissions.

Mike Milliken, founder and editor of the automotive news site Green Car Congress, added that more bigger trade offs also may have come into play. That's because many processes to burn off pollutants before they are emitted require large amounts of fuel.

“As you drive your emissions levels down, you’re also decreasing the efficiency of your fuel consumption,” Milliken told GreenBiz. “The automakers are kind of trying to find the right balance.”

As for evading detection of the scam in 11 million cars sold between 2009 and 2015, including about 500,000 vehicles in the U.S., Voelcker points to flawed oversight of all automaker emissions claims.

“Most people don’t realize the EPA lets manufacturers self-certify,” he said. “Only the automakers have the money to test every powertrain and drive wheel combination of a new car.”

The environmental regulator — stunted by a budget slashed more than 20 percent over the last six years — spot checks the emissions of roughly 10-15 percent of new models each year in a laboratory setting, Voelcker said. That leaves the rest of manufacturers' new cars, and all the models from years past, in the clear on the open road.

While automotive analysts and car owners scramble to assess what comes next, Volkswagen's crisis communications are just kicking into high gear.

Now ex-CEO Winterkorn released a video apology for the diesel “irregularities,” saying that he is “endlessly sorry” for the ordeal.

“When I saw the CEO say 'We’re sorry,' I thought, 'Dude, you say you’re sorry if it’s a mistake,'” Campher said. "The rules are really different if it’s deliberate.”

Although Campher isn't impressed with the company's “crisis management 101,” he added that the situation reflects problems that span far beyond VW's newfound branding issues.

The underlying problem with corporate rankings, one of lacking environmental accountability, extends across industries.

“It’s based simply on what companies report on. You make assumptions of complete transparency,” Campher said. “Sustainability is littered with this. Palm oil — until somebody raised the issue, it was, ‘We have great sourcing.’”

As a preeminent authority for investors and companies evaluating sustainability performance, the organizations behind the Dow Jones Sustainability Indices also have embarked on their own damage control efforts.

A spokesman for RobecoSAM, the Swiss investment firm that co-produces the rankings, told GreenBiz that a “media and stakeholder analysis" — a barometer of a company's public perception factored into the DJSI — has been commenced for Volkswagen.

Following that review, a process meant to assess “crisis situations that may have a damaging effect on reputation and core business,” any issues deemed “highly controversial” can be escalated for direct review. The upshot is that even previously well-rated companies indeed can be excluded from the rankings.

“If an issue is handled poorly from a sustainability point of view, the DJSIC can decide after a thorough analysis to exclude a company," the spokesman said in an e-mail. "Any decisions by the DJSI Index committee related to VW will be shared with all market participants simultaneously."

Although inclusion on esoteric sustainability leader boards isn't likely to make a big dent in sales, actions that jeopardize inclusion do undermine a company's overall reputation.

“A lot of companies are looking at sustainability as providing to them a competitive advantage. It’s a feature you’re trying to sell on,” Carrol Forrest, a sustainability consultant with Chicago's Rose Hill Communications, told GreenBiz.

There are also regulators other than the EPA, namely the Federal Trade Commission, to keep in mind.

“They’re likely to be dinged by the FTC for violating the green claims marketing guides,” Forrest said.

Although truly making amends any time soon looks unlikely, Campher said it will take extreme measures, getting way outside the insular world of corporate sustainability, to even start to repair the damage.

“A truly independent, activist third party — partner with them, and let them do the audit of your company,” he said. “Then tell me what you’re going to do to change the entire industry. I don’t want any of this voluntary stuff, because it’s already been such a failure.”

At the same time, deep corporate governance reforms must be undertaken to convey the value of sustainability issues (such as emissions) to employees throughout the company, Campher said.

“If sustainability is not integrated into your company outside of your normal sourcing and ethics committees and marketing, this is going to happen constantly,” he said. “This is what happens when sustainability is ad hoc.”

While the smoke clears, more questions also remain to be answered. Beyond recalls and buybacks, the one that observers such as Milliken are still grappling with is how far up the food chain knowledge of the rigged systems extended.

“The risk management," he said. "That’s a torpedo-the-company kind of decision.”