[Editor's note: This article was authored by BSR, a global business network and consultancy focused on sustainability.]

Recent uprisings across the Arab world, from Tunisia to Egypt and Libya, reveal how politically fragile many of these states are.

In the last few months, hundreds of thousands of citizens have taken to the streets to protest decades of autocratic rule, high rates of unemployment and corruption. But the grievances are in part fueled by the rising price of food, which World Bank President Robert Zoellick called an "aggravating factor" for unrest in the region. That has made the link between climate change, food security and civil unrest harder to ignore.

Multiple complex factors are contributing to the rising price of food, including increased demand from China and India, rising oil prices, and a devaluation of the U.S. dollar, the currency in which prices for commodities are quoted.

However, numerous studies from institutions such as the Arab Forum for Environment and Development and the United Nations have shown that climate change exacerbates food shortages by decreasing precipitation in already arid and water-scarce areas, increasing the severity and variability of weather-related disasters, and increasing the duration and intensity of droughts such as those seen in Syria in recent years. The decrease in overall agricultural productivity could further increase the politicization of food security and directly impact stability in the Arab region.

This has serious implications for companies with business interests in the region, yet very few are taking meaningful measures to mitigate or adapt to climate change.

The Intergovernmental Panel on Climate Change defines climate change vulnerability as "the degree to which geophysical, biological, and socioeconomic systems are susceptible to, and unable to cope with, adverse impacts of climate change."

The Arab region is particularly susceptible to these impacts because of existing vulnerabilities that are exacerbated by a rise in global temperatures. Already the region is the most water-scarce in the world. The World Bank estimates (PDF) that water availability is only 1,200 cubic meters per person per year in the Middle East and North Africa, compared to a global average of 7,000 cubic meters per person per year. Half of the region's population lives under water-stressed conditions, with demand exceeding supply. Persistent droughts and floods have already been observed in recent years in several countries, including Syria and Morocco. Climate change is expected to intensify such extremes.

Not only do these risks threaten the livelihoods of millions of people, but also the long-term sustainability of businesses operating in the region. Despite this, companies in the area have not begun developing mitigation and adaptation strategies. Of the more than 100 companies in the Middle East queried by the Climate Disclosure Project in 2010, only a handful responded to the questionnaire with their climate data and strategies. The vast majority of the companies that did respond were in Israel or Turkey. Among the GCC countries, only DP World, a marine port operator based in the United Arab Emirates, responded to the questionnaire and set a target to reduce greenhouse gas emissions at its terminals by 27 percent by 2013.

Elsewhere in the region, Jordan-based transportation and logistics company Aramex set a goal in 2009 to become carbon neutral. Fadi Ghandour, the company's founder and CEO, said it became a commercial necessity because many companies in Europe wouldn't accept a bid for a contract without information on the bidder's environmental impact. In its most recent sustainability report, Aramex tracks its share of revenue from carbon-neutral services offered to clients, although no specifics are provided on what these services are. The company acknowledges that carbon neutrality is a long-term goal and that it is "still exploring" the potential carbon-neutral services it could provide.

National Commercial Bank (NCB) of Saudi Arabia, one of the few Saudi companies to publish an annual sustainability report, acknowledges the "increasing local and national strains, such as availability of water and energy." Emissions data in the report reflects total energy consumption, but the company has plans to include additional emissions data from its vehicle fleet and air travel. NCB also writes that the company will explore product and service innovation as it relates to climate change.

Awareness of climate change and its impacts, a critical first step to developing mitigation and adaptation strategies, is on the rise among local companies with global aspirations. The current level of reporting, however, lacks the level of detail that would appease investors looking to minimize risk in their investment portfolios. To address this, Standard & Poor's, the New York-based index provider, and Hawkamah, a Dubai-based institution focused on corporate governance, announced the launch of a new index for the region that ranks companies on their transparency around environmental, social, and governance issues, including climate change reporting.

The Need for Public and Private Sector Action

Although China, United States and Russia are the world's largest greenhouse gas emitters, the oil-rich countries in the Arab region are among the highest on a per capita basis. These same countries, notably Qatar, the U.A.E. and Saudi Arabia, have been hindering international agreements to cut emissions, citing the devastating effect on their economies should the world move away from fossil fuels and toward renewable energy solutions.

This has proven to be a shortsighted perspective that fails to recognize the opportunities climate change presents. Rather than investing their huge sovereign funds in real estate abroad, governments in the region should invest more of their oil revenue in a renewable energy infrastructure that provides incentives for additional private sector development and investment.

A successful example of this is Abu Dhabi's Masdar City, billed as the first carbon-neutral city in the world. Local and international companies that have invested in facilities there include GE, which plans to establish a clean-energy technology research center (PDF) in Masdar that will focus on developing new sustainable energy and water technologies.

In Saudi Arabia, King Abdullah launched the King Abdullah University of Science and Technology in 2009 with a $10 billion endowment. The university was built with sustainable building materials, relies heavily on renewable energy, and aims to become a regional leader in energy studies.

There are examples of other investments in the region, but they are sporadic rather than indicative of a larger strategy among Arab countries.

Given the slow progress, companies operating in the Arab region cannot afford to wait for public sector incentives or a robust regulatory framework before acting. The political and ecological impacts of climate change, heightened by the region's existing vulnerabilities, such as water scarcity and severe drought, are increasing uncertainty and thereby raising the cost of doing business.

First and foremost, companies in the region need a targeted approach to climate change that aims to understand the scale of the problem, identify opportunities for greater efficiency, and meet investors' growing requirements for climate change disclosure. Virtually no local companies report on their emissions data, while few global companies with local operations have climate change strategies that consider the extreme vulnerabilities of the Arab region.

Secondly, companies in the region should invest in research and development to reduce their consumption of water and energy. Any climate strategy focused on the Arab region that doesn't consider both is incomplete at best. Resources in the Arab region are growing increasingly scarce, and companies that innovate around products and services that can do more with less are most likely to thrive in the long term.

Although the situation appears bleak, there is still time for both the public and private sectors in the Arab world to take actions to begin adapting to a low-carbon economy. As the recent unrest in the region has shown, this is an imperative not just for environmental protection, but also for political stability. 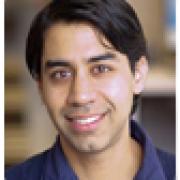 See all by Chhavi Ghuliani