Two years after Walmart challenged its suppliers to cut more than 1 billion metric tons of greenhouse gas emissions out of their operations by 2030, the world’s largest retailer’s partners are making steady progress, but there’s a still a large gap to close over the next decade.

The more than 1,000 suppliers committed to Project Gigaton have conserved a whopping 93 million metric tons of emissions through a combination of energy efficiency, renewable energy and sustainable packaging projects since the April 2017 launch, according to a progress report revealed Wednesday at the company’s sustainability milestone summit in Bentonville, Arkansas.

To keep pace with the commitment, Walmart’s suppliers should be reducing their emissions by a minimum of 83 million metric tons annually. Of course, it can take a little while to get started with emissions reductions, but two years in, suppliers should be well into efforts to capture low-hanging fruit, the easy wins, the projects with quick or immediate paybacks.

"We’ve got more progress to go, that’s for sure," Zach Freeze, senior director of product sustainability at Walmart, said when we spoke about the announcement. "We’re ramping up. Last year, we were able to announce 21 [million] metric tons, and this year we’re at 93 [million]."

As of February 2018, around 400 suppliers were involved in Project Gigaton, so participation has more than doubled over the past 12 months. The initiative is open to suppliers working with Walmart Canada. The retailer’s operations in the United Kingdom and China adopted the program last year, and it touches suppliers in at least 30 countries.

Walmart excels at using its scale to drive change, and Project Gigaton brings scalability to the sustainability challenge. Rather than taking full responsibility for supply chain carbon emission eradication, the program gives suppliers tools and resources to address their own carbon footprints. It’s a fishing pole instead of a fish, with potential for impact even beyond Walmart’s supply chain at the factories and international communities where the retailer sources the goods sold in Walmart stores.

Part of the summit is ... talking about our progress and working with our suppliers to do more, looking at how we can make it easier and providing more resources to make deeper cuts.

"Part of the summit is going to be talking about our progress and working with our suppliers to do more, looking at how we can make it easier and providing more resources [for suppliers] to make deeper cuts," Freeze said.

Despite that Walmart’s supply chain is lagging on its progress toward the billion-metric-ton goal, or perhaps because of it, this is an honest and good update. Here’s why: A gigaton is a pretty audacious commitment in the first place. Big pledges that aren’t quite met are no reason to quit or scale back. Rather; they represent an opportunity to dig deeper, work harder and channel greater innovation to solving the difficult challenge.

Competitor Target Corporation recently released its own science-based target: to reduce absolute Scope 1 and 2 emissions and Scope 3 GHG emissions from retail purchased goods and services 30 percent by 2030 from a 2017 base-year. Target also has made a commitment to influence suppliers, promising that 80 percent of its suppliers (by spend) will set science-based Scope 1 and Scope 2 targets by 2023.

Because each retailer has chosen a slightly different baseline and means of calculating progress, it’s hard to say which commitment is more robust. The fact that they’ve both signed on to the Science Based Target Initiative is key: It shows their commitments are robust and in line with what is required to limit global warming to the 2-3 degree Celsius limit set by the 2015 Paris Agreement.

Walmart’s ongoing effort to encourage suppliers to deepen their commitment to taking action to address climate change expands beyond emissions reductions. During the summit, the retailer pledged source apparel and home textile products only from suppliers whose textile mills use the Sustainable Apparel Coalition’s Higg Index Facility Environmental Module (FEM) to measure and help improve environmental performance by 2022. The module helps standardize the way that apparel, footwear and textile manufacturing sites share information with the brands buying their products.

A few other announcements rounded out the news shared during the summit.

On the clean energy front, Walmart said it completed contracts for 136 new solar and wind projects, which will supply the company an additional estimated 2.14 billion kilowatt-hours of renewable energy annually. That tally includes three big offsite procurement contracts, but it brings the retailer to 487 on-site installations — putting Walmart well on track to meet its goal of 500 on-site projects by 2020. (More than any other company.)

Walmart also disclosed a pledge to increase the use of recycled polyester fiber in its owned brands with a goal of using 50 percent recycled content by 2025 and sourcing 100 percent more sustainable cotton.

The retailer also said it plans to sell reusable bags containing post-consumer recycled content at its checkout lanes starting next month as part of its strategy to reduce its dependence on single-use plastics. 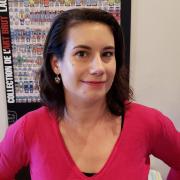 How Marsh and McLennan, Allianz and other insurers are responding to climate change risks

See all by Jen Boynton