Dozens of consumer product makers today will get a letter from Walmart detailing new requirements on phasing out a list of toxic chemicals found in goods sold by the world’s largest retailer. The comprehensive initiative is by far the largest and most ambitious of its kind. It reflects a growing trend in which consumer and wholesale purchasing power are combining to change the chemical makeup of the products we see on store shelves and bring into our homes.

The policy and its implementation guide can be found here.

Walmart worked closely with vendors and non-profit advisors including Environmental Defense Fund. Together they spent several years developing the policy, and figuring out how to implement the unprecedented measures across a sprawling global supply chain with hundreds of suppliers. The solution had to be robust, credible and transparent. It also had to set an ambitious goal for suppliers without creating impossible hurdles.

It’s been a long and challenging road, but it’s led us exactly where we hoped to be. Now the responsibility falls on suppliers to deliver the goods, and on Walmart to make sure everyone keeps their eye on the ball. EDF will be keeping a very close eye on the progress.

The process started with a list of hundreds of priority chemicals. Walmart defines a priority chemical as one that “meets the criteria for classification as a carcinogen, mutagen, reproductive toxicant, or is persistent, bioaccumulative, and toxic; or any chemical for which there is scientific evidence of probable serious effects to human health or the environment which give rise to an equivalent level of concern.” Assessment was based on a large set of authoritative, scientific and regulatory reference lists.

Back in 2006, Walmart began asking suppliers of formulated products to disclose their ingredients. Last fall, the company announced it had zeroed in on a short initial list of chemicals it would target for reduction, restriction and elimination. While Walmart is communicating with suppliers whether they have chemicals in their products that are on this initial list, the full list is not currently being shared publicly.

Suppliers continue to disclose product formulations, using a third-party reporting system designed to protect proprietary information while still providing the necessary data. By this time next year, suppliers will have to publically disclose each product’s ingredients (though not the formulas themselves).

To make sure a chemical isn’t replaced with another of equal or unknown concern, Walmart has taken the critically important step of announcing that “all suppliers are expected to reduce, restrict and eliminate use of priority chemicals using informed substitution principles” that transition to safer chemicals or non-chemical alternatives.

Make no mistake: Walmart is not trying to become the next Whole Foods or your local co-op. Its chemicals policy is designed for a mainstream market, and it is going to be carried out in concert with the company’s famously relentless emphasis on everyday low prices.

That fact is precisely why this is such a big deal: because no one should have to choose between a safe product and one they can afford. Manufacturers should not be selling more toxic versions of their products when safer options are available.

The policy isn’t strictly mandatory; Walmart says it wants to collaborate with their suppliers. We think most companies listen when their largest customer speaks. That’s easier said than done, of course, and it takes time to get there.

Some big suppliers including Colgate-Palmolive and Johnson & Johnson have recently joined longtime front-runners like Seventh Generation in tackling the challenges. While there might be some grumbles behind closed doors, the incentives to comply with the policy are considerable. In the end, there’s nothing like a public spotlight on measurable goals to engage the competitive spirit.

Top image of cleaning products by monticello via Shutterstock. This story originally appeared at the EDF Business blog. 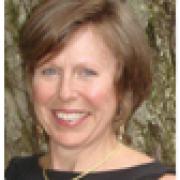 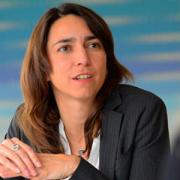 Where is Walmart on the 'Hype Cycle'?

Up to 30 Walmart Stores to Receive Thin Film Solar Panels

Parting the Chemical Curtain with GreenWERCS

See all by Michelle Mauthe Harvey