Today, Walmart updated their ambitious sustainable chemistry policy on consumables, which to-date has resulted in a 96 percent reduction in the weight of high-priority chemicals. The new commitments set a goal of reducing Walmart’s chemicals footprint by 10 percent by 2022, affecting over 55 million pounds of priority chemicals.

Reducing chemicals of concern from products is a major interest for consumers as science increasingly shows that certain chemicals prevalent in products can impact our health. At the Environmental Defense Fund, we have worked closely with Walmart on science-based targets and a framework for corporate leadership to protect consumer health and scale impact. Walmart’s announcement signals to 700 global suppliers of 90,000 consumable products that reducing the company’s chemical footprint is a priority.

Walmart’s policy expands on the three original commitments of its Sustainable Chemistry Policy: transparency, advancing safer formulations and product leadership. Walmart has set clear, measurable goals and commits to reporting publicly on its progress to implement these new commitments, demonstrating EDF’s Five Pillars of Leadership and the pursuit of safer products across the supply chain. Let’s take a look at the company’s refreshed toxic chemicals policy.

For the first time, Walmart is publicly stating its own sustainable chemistry principles — which align with the green chemistry movement’s 12 foundational principles — showing transparency to its approach and progress on chemicals management.

Walmart is a global company, so it’s important to see it expand its sustainable chemistry efforts worldwide. Walmart is starting with ingredient disclosure, both online and on-pack, for private label and national brands. This commitment reflects the demands of over 80% of global consumers for greater ingredient transparency when shopping for personal care and household cleaning products.

A chemical footprint is the total amount of chemicals of concern in a company’s products. Ideally, it also includes chemicals in manufacturing, packaging and supply chain.

The biggest changes in Walmart’s new policy appear in its “Advancing Safer Formulations” section. One of these changes is setting the time-bound goal of scaling the safer chemicals reboot by reducing the chemical footprint of its consumables product portfolio by 10 percent by 2022.

As Walmart nears full elimination of its existing high priority chemicals, which have hazardous properties that can affect human and environmental health – such as the solvent dibutyl phthalate and the preservative propylparaben – the retailer expanding its safer formulation target to a larger pool of PCs.

Bringing in the village

Similar to their approach with its project gigaton, Walmart recognizes that success demands a collaborative effort between the company and its suppliers. In addition to the high priority chemicals that it will continue to target for reduction, Walmart calls on suppliers to help them tackle other PCs. Since PCs are not equally represented across products and suppliers, this approach allows its suppliers to focus on those chemicals of concern that are most relevant and impactful to their particular product lines.

We recommend several steps to ensure that this approach is successful:

1) Ask suppliers to give their time-bound reduction plans including which chemicals they will target in what products,

2) Hold check-ins along the way to keep them accountable, and

3) Give recognition to suppliers who already have small chemical footprints and those that go above and beyond on their reduction targets.

Walmart’s policy now includes contaminants of concern, recognizing that problematic chemicals in products can be intentionally added or come along the way through manufacturing processes (sourcing, chemical synthesis or product formulation). For example, benzene and 1,4 dioxane are known carcinogens that sometimes appear in formulated products. Walmart recognizes that consumers can be exposed to chemicals of concern regardless of how they enter a final product — intentionally or unintentionally — and is taking action to be more holistic in its approach to safer chemistry.

In keeping with its strategy of phasing out priority chemicals and encouraging the use of safer chemistries, Walmart recommends its suppliers utilize product certifications that emphasize material health and are applicable to their specific product categories.

Since EDF opened an office in Bentonville, Arkansas, ten years ago, we have worked with Walmart in its iterative pursuit of safer chemicals leadership. Walmart has learned a lot in implementing its original policy and has used those lessons to inform its new, ambitious steps towards advancing safer, effective and affordable products. We expect them to continue learning and evolving their commitments in the future — with a firm eye on driving safer products into the marketplace. 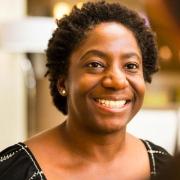 Reducing your chemical footprint: how to take charge

See all by Boma Brown-West