Want to help cities act on climate change? Give them data

Thousands of cities have committed to act on climate change, but few have yet turned their goals into tangible results. One important item that can help them begin is data from national governments.

Establishing an "emissions inventory," measuring how much greenhouse gases a city emits and identifying where they come from, is the first step to creating a city climate action plan. Yet most cities lack the financial and technical resources to collect this data. It is a significant roadblock that prevents them from following through on climate action commitments.

National governments, on the other hand, are often flush with useful data. They regularly measure things such as fuel consumption and sales, vehicle registration statistics and landfill locations and capacities. If they provided this information to city planners, organizations or other local officials, they could downscale it to inform emissions estimates and climate plans, particularly where local data is not available.

How to turn national data into actionable information for cities

The Global Protocol for Community-scale Greenhouse Gas Emission Inventories, the GPC, is an accounting standard that guides cities in how to consistently and credibly measure and report their emissions. It details the kinds of data cities should collect to estimate their emissions from energy, transportation, waste, industrial processes, agriculture, forestry and land use.

The Global Protocol for Community-scale Greenhouse Gas Emission Inventories acknowledges that a lack of quality, local data should not be a barrier to creating an inventory.

The GPC also acknowledges that a lack of quality, local data should not be a barrier to creating an inventory. It outlines a methodological approach to downscale national or regional statistics to the city-level. Greenhouse gas inventory specialists can leverage national data about cities (such as population or vehicle ownership figures) and other relevant national data sets (such as fuel sales or electricity consumption). With this data in hand and the GPC, experts can start completing their greenhouse gas inventory and climate action plans.

When cities and national governments work together on climate action

Some national governments are already starting to engage with cities in this way.

In Denmark, the Danish Energy Agency provides emissions data at the city level for each of it 98 municipalities. These municipalities can use these data to produce emissions inventories. For example, Fredensborg Municipality collaborates with all 29 municipalities in its region and a handful of others to set up its inventory with 100 percent comparability across cities — the same data sets with the same methods, in order to provide transparency and accountability.

Rather than spending scarce local resources on the costly task of collecting data or processing and calculating an inventory, Frendensborg and its neighboring municipalities can focus on the real reason for creating an emissions inventory: setting realistic and obtainable climate action goals.

Rather than spending scarce local resources on collecting data, municipalities can focus on the real reason for creating an emissions inventory: setting obtainable climate action goals.

All national governments can learn from the Danish model. Already, an initiative in Brazil provides national data to Brazilian states. And in the United States, the Department of Energy provides cities downscaled state and national energy data on buildings and transportation to inform local planning.

As more countries commit to open data (PDF), releasing relevant data that can help cities understand their emissions should be a top priority. After all, cities are responsible for 70 percent of the world’s greenhouse gas emissions. We all need to do a better job of giving them the tools they need to act. 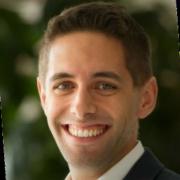 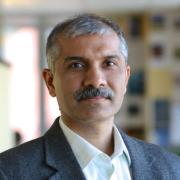 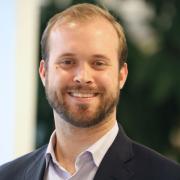 See all by Greg Carlock