But Was It the 'Green Olympics?'

When we look back at the Beijing Olympics, great sporting moments will stay with us. Watching Michael Phelps or Usain Bolt break world records made all the air quality concerns leading into the Olympics seem like distant memories. But before the world bids “zaijian” to Beijing, it's worth reflecting on what this Olympics meant and could mean for China. This, after all, was designed to be China's great moment on the world stage, and the Beijing Olympic Committee set the lofty goals of delivering Green Olympics, High-Tech Olympics, and People's Olympics. So how did Beijing score in those events?

Was this a Green Olympics? Fortunately, the oppressive weather and smog that marked the run-up to the games dissipated quickly, and Beijing enjoyed the best August air quality in many years. In the end, there were no reports of withdrawals from endurance events. In fact, never before has a city come so far environmentally in the lead up to an Olympic games. Beijing raised emissions standards, closed factories, placed emissions controls on all power plants, and removed half of its private cars from the road. Probably most important and little noted, the city increased wastewater treatment from 22 percent in 1998 to over 90 percent this year.

Hopping on the subway from the Bird's Nest, it is clear mass transit has been a triumph. Let's call it the Mass Transit Olympics. Beijing's three new subway lines have worked incredibly well. The city planned intelligently for the huge crowds, with free entry and good crowd control. Visitors filtered far more easily through the impressive red gate station entrance at the Olympic Green than at baseball games I have been to in the U.S.

What about a High-Tech Olympics? Without question the main venues -- especially the “bird's nest” and the “water cube” -- are extraordinary. Technology enhanced the ambiance, had some environmental benefits and produced optimal conditions for record-breaking swims and runs. But these Games are indeed of Beijing, the capital of a developing country, albeit the world's fastest growing one. What we saw both at the Games and all over the city was the marrying of high tech with low. When the softball field got wet, volunteers dried it off with sponges and buckets. Rain on the javelin runway -- wipe it with a towel. Unclear entrances and exits -- man them with volunteers. The logistics that many visitors praised were actually a successful marriage of good systems with lots of people support (which of course, China has plenty of).

What about a People's Olympics? The Chinese people embraced the games, and the lines for the last tranche of tickets continued for days. The entire women's marathon route was lined by a cross-section of Beijing's populace. But unique to the Beijing games was the number and enthusiasm of the young volunteers working every venue and information booth from the airport to downtown to the university district. This is one of the quiet victories of this Olympics. Volunteerism used to be suspect in China, a result of many people being “volunteered” for major construction projects in the 1950s and 1960s. But in the last few years, genuine volunteerism has started to flower, often inspired by crises like the Asian tsunami and the Sichuan earthquake. Even so, this Olympics is unprecedented in both the number of volunteers and the time they have dedicated.

Beijing promised an Olympics that would make it proud, and judging from the smiling faces I saw at every event, I think they succeeded. The biggest criticism seems to have been a shortage of souvenirs and concessions (although it's worth noting that making a profit was not among the city's goals). It is unrealistic to think that Olympian glamour could solve every social and political challenge that a country like China faces. But this Olympics has accelerated China's environmental efforts, and encouraged a spirit of civic pride and volunteerism in a way that no other public undertaking could hope to achieve.

So will Beijing's Olympian efforts have a lasting effect? We are still in the middle of China's efforts to make drastic environmental improvements, and many daunting challenges have yet to be addressed. But the Games already have Beijing officials talking about about next steps, including monitoring and reporting a more complete set of air pollutants -- crucially small particulates (PM 2.5) and ozone. Hopefully, we will see more comprehensive air and water quality standards in China's next 5-year plan, to begin in 2011. And the best part of Beijing's "Green Olympics" goal is that it wasn't just about Beijing. China's environmental reforms are all national. New mass transit systems are under development in over a dozen cities. Energy efficient building standards are in force nationwide. Power plants now have both emissions control equipment and the monitoring equipment to ensure proper use.

China's ambitions to become a fully developed country encompass everything from setting a new standard as a world-class Olympic host, to developing clean, attractive cities and a promoting a healthy populace. As a country with income levels around 1/10th of those in the U.S., China clearly wants and will continue to grow. But as the Olympics have shown, it is indeed possible for China to aggressively pursue economic growth and a cleaner environment at the same time.

Deborah Seligsohn is based in Beijing, working with the World Resources Institute's Climate, Energy and Pollution Program as its China Program Director. This article originally appeared on WRI's website, and is reprinted with permission. 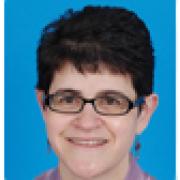 See all by Deborah Seligsohn