The first Urbee -- a next-generation urban electric car -- will be completed in April, according to Urbee designer Jim Kor, founder of Kor Product Design, based in Winnipeg, Canada, who spoke at last Thursday's State of Green Business Forum in Chicago.

Kor said 86 percent of designed cars are unsustainable because they use fossil fuels, and today there are almost a billion cars in the world emitting harmful carbon dioxide gases

"The problem with the cars is that it just doesn't address the environment," Kor said. "So this could mean a global ecological catastrophe."

According to Kor, the solution resides in sustainable design, which is why he designed Urbee in 1996. Cars nowadays have big grills and exhaust pipes, Kor said.

"Think the total opposite of a typical car and you're getting close to what we are talking about here, which is a low energy car," Kor said.

The Urbee car was designed using existing technologies and with the idea that cars should be easy to understand, maintain, repair and rebuild after a long life, he noted. Kor likened the Urbee to a Model T of the 21st century, or "the Volkswagen Beatle with emission and safety improvements," he said.

Urbee runs on energy from sunlight that hits solar panels on land or on a garage, as well as ethanol. The car would need to be plugged in to tap into the sun's energy source.

"It would be like winning fuel for life," he said.

According to Kor, there is a lot of energy available in sunlight, but the problem is only a small portion of that energy can be utilized. The Urbee uses less energy and more efficient horsepower than most other cars, he said.

If a Toyota Prius made the same trips as an Urbee, and both were operating on a renewable energy source, the Prius would need 12 times more energy to do the same trips, Kor asserted.

"So that's the big deal," he concluded. 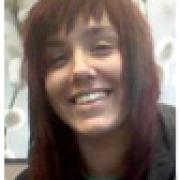 See all by Ellyn Fortino