About 1.8 billion people on earth do not have access to clean and safe water. Owing to extreme hydrologic events accelerated by global warming, this staggering number is expected to increase to 2.8 billion over the course of next decade.

Indeed, the International Panel on Climate Change anticipates that by 2100, average global temperatures could rise as high as 4.5 degrees Celsius above 1990 levels, accelerating the rate of water evaporation and thereby causing more precipitation all over the globe. In Bangladesh, for instance, climate models predict that areas subject to flooding might increase by 25 percent if global temperature rise another 2 C degrees.

In the United States, according to U.S. Environmental Protection Agency (EPA), the existing water infrastructure of wastewater treatment plants, stormwater collection systems and combined sewer systems were designed on the basis of past hydrologic records without consideration for changes in rainfall intensity and variability from climate change. That means water and wastewater utility systems were not built for the stresses of extreme rainfall — nor heat. They are at significant risk of failure.

One critical impact climate change has is cutting the availability of fresh water resources. About 98 percent of the globe's water supply is saline while less than 2 percent is freshwater. Much of the fresh water exists in the form of ice and snow, in addition to groundwater and surface water such as lakes and rivers.

Rising temperatures are expected to strain surface water sources, exacerbated by increasing demand for fresh water by water utility customers and industries such as energy and agriculture. In arid regions, the rising temperatures and extreme precipitation variability will directly result in the reduction of in-stream river flows and aquifer recharge. 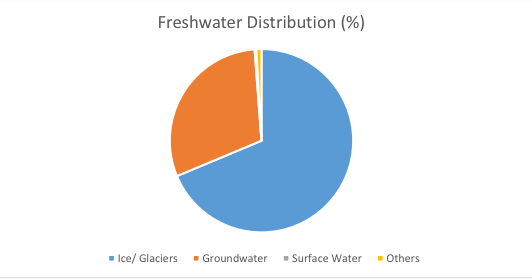 Increased rainfall, changes in watershed characteristics and temperature associated with global warming exacerbate water quality problems for water utilities and their customers. For instance, in many combined sewer systems, the increase in variability and intensity of precipitation events overloads the capacity of the mains and wastewater treatment plants, resulting in the discharge of untreated sewer overflows into fresh water bodies.

Between 2006 and 2010, the city of Seattle and Kings County in Washington state discharged more than 1.1 million gallons of combined and sanitary sewage overflows to Lake Washington and nearby waters.

Sewer overflows can lead to increased water pollution from sediments, nutrients, pathogens, pesticides and other pollutants. The higher levels of nutrients, in turn, increase the potential for algal blooms and the associated taste, odor and toxin problems.

Climate change also impairs the quality of groundwater aquifers. Regions with higher temperatures have a high probability of groundwater with salinity as more water evaporates before it can reach deeper levels underground. Also, rising sea-levels in coastal areas leads to salt water intrusion into coastal aquifers, making less freshwater available for domestic and irrigational use.

Warmer temperatures and prolonged drought season changes the corrosion patterns both inside and out of these infrastructure assets because of changing subsurface environments.

The physical assets that make up water and wastewater utility infrastructure systems include water reservoir facilities, water and wastewater treatment plants, local distribution systems, water storage facilities, stormwater and sewer collection systems, pumping stations and inter-basin transfer structures. With any of these, warmer temperatures and prolonged drought can change the corrosion patterns on any of this equipment because of changing subsurface environments. Corrosion can lead to water main breaks, which in turn can result in inflow and infiltration into the water supply. Also, during extreme flood events, utilities need greater capacity to treat excess volumes and might see increased contamination from high runoff.

In 2016, the EPA reported that the United States needs to spend $271 billion over the course of next 20 years to maintain and improve its wastewater collection systems in order to insure public health. Climate change-induced risks will add more to this figure.

Economically, climate change brings with it many challenges for our collection and treatment systems. For example, to manage higher flows, resizing would be required and perhaps more advanced and expensive treatment techniques such as membrane treatment, ozonation, reverse osmosis and UV disinfection.

These advanced and optimized treatment processes further increase the energy consumption of water and wastewater utility system. Energy use at treatment plants represent a major component of operating costs, consuming as much as 35 percent of a utility’s annual operating budget.

New York's DEP has predicted that flooding risk is likely to worsen over time, as climate change brings more extreme storm surge events and continued sea level rise in the next 50 years. DEP also estimates that equipment valued at more than $1 billion is at risk and the cumulative damages over the next 100 years could exceed $2 billion if no protective measures are taken into action now.

According to World Bank, the climate-driven water scarcity could bring a sustained stall in economic growth or a dip in growth, particularly in regions of South Asian and Middle East. Even though the consequences of climate change will vary by region, no region shall remain unaffected. In developing nations of Asia and Africa where there is already a huge infrastructure gap for water distribution, flood control, irrigation and sanitation facilities, these systems are at a greater disadvantage.

Capital investment is needed in most of the world for improved water and wastewater infrastructure assets. Utilities have to recognize the need for rehabilitation of these assets in order to control and survive climate change risks. Likely the world faces a fture where the supply of water will become more erratic while the demand, owing to urbanization and growing population, will increase exponentially. 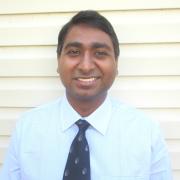 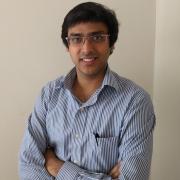 See all by Rajan Jha