The Water-Saving Toilets of the Future

Most likely, you're currently dumping more than a gallon of drinkable water down the sewer each time you flush.

If you're using a toilet built before 1994, you are wasting 3.5 gallons or more per flush, and if you've got a toilet made after the U.S. Congress's Energy Policy Act of 1992 mandated only "low-flow" models be sold after 1994, then the good news is you're only wasting 1.6 gallons per flush.

Either way, that is a lot of water wasted per flush. And while there is plenty to be said for changing people's behavior in the bathroom, a number of innovations in recent years have bypassed the whole behavior-change process, so that saving water in the loo is a no-brainer.

Below and on the subsequent pages are some of the water-saving toilets of the future, hopefully coming soon to a water closet near you.

In 2007, the U.S. Environmental Protection Agency issued a final specification for the latest generation of low-flow toilets, ones that use 1.3 gallons of water or less per flush. But what about even more water-efficient models?

Last fall, the EPA went one step further with the release of the first WaterSense certification for ultra-low-flow urinals, which use .5 gallons per flush or less.

Pictured below are ultra-low-flow urinals from Zurn, Sloan and American Standard; each use one pint or less of water per flush. 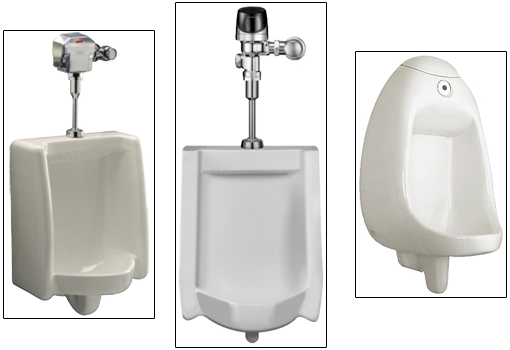 If even a pint is too much water to waste, there are a growing number of no-flow urinals and even full commodes on the market. Falcon Waterfree Technologies, for instance, makes a line of waterless urinals, which we've featured largely in relation to sporting events. This year's Super Bowl XLIV in Florida as well as the 2002 Rose Bowl in Pasadena, Calif., both featured Falcon products, pictured below.

Other companies, including the straightforwardly named ZeroFlush and Waterless, also make no-flow urinals (Waterless even makes no-flow toilets out of soybean resin). 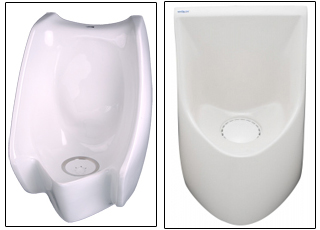 A flush-free toilet is another beast entirely, for the obvious reason of wanting to dispose of solid waste as thoroughly as possible. But there are two innovations that try to bridge the gap between sanitation and conservation.

Propelair has developed an air-flush toilet that uses 84 percent less water than flush toilets, just one-third of a gallon. As we reported in May 2009, the British company is seeking funding to bring these ultra-low-flow toilets to the market. 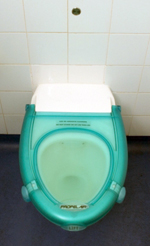 One technology that is currently on the market and making its way into a loo near you is the dual-flush toilet. Dual-flushers, as you might expect, use different amounts of water depending on the type of waste you're washing away.

There's little consistency in how dual-flush toilets are designed; some have two buttons for full-flush versus half-flush, others have a more traditional-looking lever that you lift for a half-flush and plunge for a full-flush. 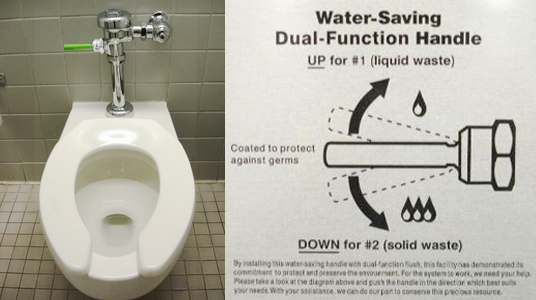 Dual-flushers like those we reported on from Gerberit offer the choice between using 1.6 and .8 gallons per flush. 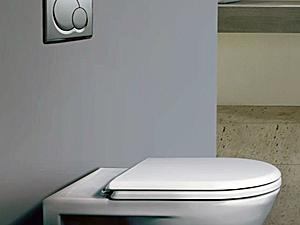 The other models in this roundup are essentially behind-the-scenes technologies; you do your business as normal, and then take little to no action to send it on its way.

But the NoMix Toilet, which was designed to separate urine from feces, takes things a little more front-and-center as a way of reducing the amount of water needed at the toilet, as well as in wastewater treatment. 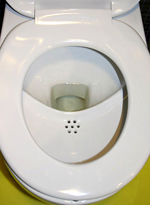 As you can see, without even getting into the more esoteric forms of disposing of human waste (like composting toilets, the PeePoo bag, and so on), there is a wide variation in toilet technology either already on the market or in the development phase.

For some backgrounders on water conservation, both toilet-related and non-, be sure to check out these articles:

Cast your vote for Accelerate at VERGE 21!

Watch the entries and vote on your favorite startup by September 20 to give them a chance to pitch to the entire VERGE 21 audience.