A Wave of Green Jobs Can Lift All Boats

Will the burgeoning "green" economy have a place in it for everyone? To a packed auditorium in Seattle on Wednesday, Van Jones said: Yes, it can. And to be successful, he says, it has to.

In the chorus of voices talking about fighting climate change, his message rings true and clear: "We have a chance to connect the people who most need work with the work that most needs to be done."

Van Jones is a civil-rights lawyer and founder and executive director of an innovative nonprofit working to ensure that low-income, working poor, and minority youth have access to the coming wave of "green-collar" jobs. Jones -- brought to Seattle by Climate Solutions, King County, El Centro de la Raza, Puget Sound Sage, and Earth Ministry -- made a compelling case that social justice is the moral anchor that's required to fuse the climate movement into a powerful and cohesive force. He sees that the solutions to global warming are the solutions to the biggest social and economic problems in urban and rural America.

Basically, his point is this: You can pass all the climate legislation you want but you have to provide the local workforce to make it happen on the ground. "We have to retrofit a nation," he says. "No magical green fairies are going to come down and put up all those solar panels." This is going to take skilled labor. "We can make a green pathway out of poverty."

And it gets better, he says. These jobs can't be outsourced. "You can't put a building on a barge to Asia and weatherize it on the cheap." This is about kitchen table issues: jobs, industry, manufacturing, health, education.

The climate movement needs Van Jones -- or rather it needs a moral anchor -- and it just so happens that Van Jones is someone who can define that anchor (it helps that he is a brilliant speaker, knowing just how to make his audience laugh, then cry, then shout "yeah!").

And this seems to be Van Jones’ moment in history. He has the ear of every 2008 Democratic presidential contender as well as top policy-makers like Nancy Pelosi. He’s all over the national climate scene. He just launched an initiative called Green for All that's getting lots of attention. And charisma aside, his words are lent extra gravity by the fact that he is 39 -- the age of Martin Luther King, Jr. when he was killed -- and that he was born the same year MLK and Bobby Kennedy were shot.

He doesn’t try to pass himself off as some sort of resurrection, but he builds on the emotional strength and moral certitude of the Civil Rights movement to make his case. And Americans -- environmentalists, social justice activists, and many others -- are hungry for this message. Americans are hungry for an articulation of the moral core within the climate issue, an issue that is complex, abstract, and championed by many disparate groups and individuals.

On the need to unify, Jones reminds us that when the Vietnam War broke out, Dr. King told advisers who counseled him not to meddle in President Johnson’s foreign policy: "I have worked too long against segregation in society to segregate my moral conscience."

In a post-Katrina world, the principles that guided civil rights leaders can guide our thinking about how to build fairness and responsibility into climate policy. "I think the time has come to say in this country that in the age of floods, in the age of ecological peril, we reject any ideology, any philosophy that says let our neighbors sink or swim," Jones said on Wednesday. "We stand on the idea that we are all in this together. We are all in this together."

Jones himself is somewhat of an anomaly in a world defined by identity politics and "issue boxes": "Black and green," he’s often called, an African American who’s deeply concerned about the environment (read an interview with Grist here and his blog on Huffington Post here). He jokes that people ask him what a nice black man like himself is doing with a bunch of environmentalists. But he challenges everybody to defy the false choice between caring about people and caring about the environment:

Jones believes that the bread-and-butter issues and the core values shared by Americans can solidify the momentum for a shift to green thinking. Moreover, he deeply believes -- and if you heard him, you’d believe, too -- that that if we work together toward a clean, green economy that insists on a place for everyone: "we not only get the coalition we’ve always wanted, we get the country we’ve always wanted."

Anna Fahey is the communications strategist at Sightline Institute, where this article originally appeared. 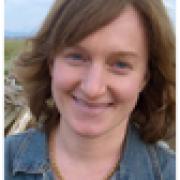 See all by Anna Fahey