This is an excerpt from "Powering Prosperity: A Citizen's Guide to Shaping the 21st Century" by Indranil Ghosh. It is published here with permission. The above is an affiliate link and we may get a small commission if you purchase from the site.

The global chorus calling for more environmentally sustainable policies, as exemplified by New York’s Green New Deal, is a response to the highly extractive economic model that is currently in place. Our growing industrialized, urban populations demand fossil fuels for energy; forests, metals and minerals for construction of cities and infrastructure; water for agriculture, industrial processes, and personal use; and oceans for fisheries. As countries have become affluent and many goods have become cheaper and more abundant, we have abandoned the paradigm of reuse, repair, and refurbishment in favor of disposability and waste.

According to the Global Footprint Network, a scientific consortium, the toll on the world’s resources is quickly approaching ruinous levels. As early as the 1970s, we had begun to use more than one Earth’s worth of ecological resources. But as the world population continued to grow and new batches of developing countries approached the living standards of their developed neighbors, our extractive practices quickly breached the Earth’s sustainable ecological limit. Today we are using 1.7 Earths, and with our current extractive production paradigm, we’ll be using two Earths by 2030 and pushing three earths by 2050.

The aggregate picture hides the disturbing truths about the huge deviation in the amount of resources being used by countries. It would require almost five Earths to sustain 7 billion people at the level that the U.S. consumes. The U.S. isn’t even the worst offender — it would take 9.3 Earths to sustain humanity if we all lived like Qatar! However, at the other end of the scale, it would take 2.2 Earths’ worth of resources if we all lived like China, 0.67 Earths’ worth if the global benchmark were India, and only 0.46 Earths’ worth if it were Rwanda.

Looking at these statistics, it is not surprising that there was such consternation from developing countries about "carbon imperialism" during the 2015 U.N. Climate Change Conference in Paris. India was particularly angered by U.S. criticism that it presented a "challenge" to progress. India argued that the developed world was responsible for the majority of historical emissions. India also countered that it burnt 35 percent less coal than the U.S., even though it still struggles to provide basic electricity to 25 percent of its population.

As countries have become affluent and many goods have become cheaper and more abundant, we have abandoned the paradigm of reuse, repair, and refurbishment in favor of disposability and waste.

The developing world understandably wants to reach the living standards of the developed. Meanwhile, the developed world is preoccupied with giving a boost to stuttering economic growth and stagnating wages. The world’s collective challenge is to achieve both these objectives using three times less resource by 2050. Rich countries need to transform old infrastructure and industrial processes into cleaner and more efficient versions. Less-developed countries, meanwhile, could leapfrog directly to clean technology — getting it right the first time.

A thorough examination of the entire environmental sustainability challenge would fill many tomes by itself. I will focus on only three of the biggest challenges: decarbonizing infrastructure and industry to mitigate climate change; adapting to water scarcity; and reducing waste and transitioning to a circular economy. In most of these areas, specific solutions exist that are at — or close to — commercial viability. If they were widely deployed, supported by policies such as New York City’s Green New Deal, we would go a long towards bringing humanity’s production footprint back into balance with nature’s capacity.

Given my attempt at focus, many other vital topics — such as plummeting biodiversity and declining ocean health — will not be covered. For example, scientific studies in as diverse places as Germany, California, and Borneo have recorded an alarming 50 to 80 percent decline in insect populations in recent decades. Without insects, pollination of many plants — some of which are important human crops — may be at risk. The population declines appear to be a worldwide phenomenon, but researchers are hard pressed to pin down the true causes of the problem. To an extent, issues such as these may benefit from progress on decarbonizing the economy, water conservation, and reduced pollution. But they are also topics that require greater research to ascertain the true nature of the problem before practical solutions can be formulated. 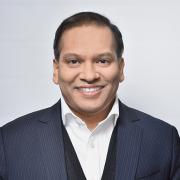 See all by Indranil Ghosh