We need net-zero buildings by 2050

Earlier this summer, a global banking giant announced a major drive to reduce the energy use in its portfolio of over 5,500 properties in 60 countries and a commitment to source 100 percent of its energy from renewables by 2020. The move was highly praised and its rationale unquestioned.

A senior executive of that bank, JPMorgan Chase, remarked, "Why would we do it any other way?"

The strength of the business case for action on climate change is such that decisions such as this are becoming more regular in a post-Paris Agreement world.

The RE100, a global initiative from the Climate Group in partnership with CDP, recently has announced the 100th major global corporation committed to source 100 percent renewable power. The Science-Based Targets initiative — a collaboration between several nonprofits and the United Nations Global Compact that ensures that emission reduction targets are in line with the level required to keep global temperature increase below 2 degrees Celsius — is close to 300 corporate commitments.

The We  Mean Business coalition, coordinating these and other commitments, is capturing a groundswell of corporate support and action on climate change. To date, some 600 companies have made more than 1,000 commitments via the coalition’s Take Action campaign.

Improving the efficiency of buildings is not as sexy as saving a rainforest.

What makes JPMorgan Chase’s announcement stand out is the focus on buildings. Michael Bloomberg and Carl Pope's new book tells it like it is: "Improving the efficiency of buildings is not as sexy as saving a rainforest. You don’t see many celebrities dedicating their philanthropy to it. But the fact is, making the biggest possible dent in greenhouse gas emissions requires focusing on buildings."

We couldn’t agree more. So, building on The Climate Group’s work with RE100, and the World Green Building Council’s major project Advancing Net Zero, we are highlighting the important role of buildings during the upcoming Climate Week NYC, taking place Sept. 18-24.

The Intergovernmental Panel on Climate Change tells us that if we decarbonize the economy by 2050, we have a good chance of limiting global warming to 2C, or even 1.5C. As buildings account for over 30 percent of global greenhouse gas emissions, if we achieve 100 percent net zero carbon buildings by the middle of the century, we will be well on our way to combat catastrophic climate change.

Achieving 100 percent net zero carbon buildings is, therefore, one of the most critical targets we can hope to achieve. And as the World Green Building Council’s recent report From Thousands to Billions stated, it is also achievable — technically, financially and politically.

Net zero carbon buildings have high levels of energy efficiency, prioritized through measures such as efficient lighting, servicing systems and high-performance building fabrics, combined with the use of on- and off-site renewable energy sources such as solar power or district heating. They are capable of producing no greenhouse gas emissions at all. According to the New Buildings Institute, the number of buildings pursuing net-zero energy certification in the U.S. has increased by 74 percent since 2015.

Businesses increasingly are embracing net-zero energy carbon buildings for financial reasons as well as moral ones.

For governments too, the prize of net-zero is great. Reducing emissions from buildings continues to be one of the most cost-effective solutions to tackling climate change, and regulation, whether at a national, regional or city level, has a direct role to play within this. Net zero buildings also will deliver economic growth, create jobs and improve energy security. The cities of Vancouver and London have made significant net-zero buildings commitments as part of their drive to decarbonization by 2050.

And so, next week, leaders from business, government and the third sector will convene in New York to bring the urgency, the benefits and the possibilities of net-zero building into sharp focus with a dedicated event, Building Ambition to 2050: Taking Action Towards 100 percent Net Zero Carbon Buildings.

Key speakers, including executives from Rockwool, Siemens, Gensler, Philips Lighting, the U.S. Green Building Council, JPMorgan Chase and others, will debate how existing We Mean Business Coalition commitments on science-based targets, energy productivity and renewable energy can help drive towards the essential goal of decarbonizing the building sector.

And as Climate Week winds down, thousands of organizations around the world will continue the celebration of net-zero during World Green Building Week. The week’s #OurHeroIsZero campaign will recognize efforts to dramatically reduce greenhouse gas emissions while at the same time delivering jobs, innovation and prosperity. 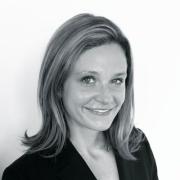 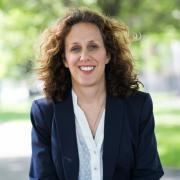 See all by Terri Wills