But the broader agricultural world can learn much from how those operations use data.

Vertical salad farms in San Francisco. Microgreens grown in Manhattan warehouses. Shipping containers sprouting strawberries in Paris. The last few years have seen an explosion of indoor urban farms throughout the globe, with the concept of producing, well, produce in the middle of the urban jungle — capturing the attention of everyone from foodies to food journalists to investors.

Indeed, the market for indoor urban farms was valued at $2.3 billion in 2018, with investment in the sector reaching more than $400 million, up from just $60 million just three years earlier.

As more people flock to cities, urban farms purport to alleviate some major issues plaguing our food systems: reducing transportation miles; decreasing water use; and producing higher yields on smaller parcels of land. But as much as urban farming has increased in popularity, critics point out that it’s unlikely to revolutionize our food systems on a global scale.

A major advantage of indoor farming is the ability to collect data that sheds valuable insight into how plants respond and react to a variety of stimuli, nutrients and environmental conditions.

Put simply: we can’t feed the world with salad alone.

With the global population set to reach more than 9.7 billion people by 2030, we also need to focus on efficient and sustainable production of staple crops, such as wheat, soy, corn and rice. These high caloric-density foods make up the bulk of global diets, both for humans and livestock, and are unlikely candidates for indoor farming due to their high requirements for both energy and space.

That doesn’t mean we should not pursue urban farming — but we ultimately may find there is greater value in applying its lessons to improve agriculture as a whole, rather than in just producing microgreens in the urban core.

Shining a light on costs

For all the excitement over urban farms, many companies in the space are struggling to scale and turn a profit. That’s because indoor urban farming is a costly endeavor — in both economic and environmental terms.

This is largely due to the industry’s reliance on light-emitting diodes (LEDs) to mimic the sun. As far as artificial lighting has come in recent years, the sun still vastly outshines even the most efficient LEDs, and it does so for free. Additionally, artificial lights must draw power, and lots of it, from municipal grids which don’t always rely on renewable energy sources.

Lettuce grown in a traditional greenhouse, for example, takes about 250 kilowatt-hours per year for every square meter of growing space, compared to a whopping 3,500 kWh per year for lettuce grown in a purpose-built vertical farm. Add to that the energy costs of keeping urban farms perfectly climate-controlled and the overhead of leasing or buying real estate in some of the world’s most expensive markets and it all adds up to produce that is both created and sold at a premium.

At present, the only crops that come close to generating profits are leaves, such as salad greens, microgreens and herbs. Some water-heavy, calorie-light fruits and vegetables such as tomatoes and strawberries may come soon. These crops make great garnishes but do little to provide the basis for a nutritionally complete diet. More often than not, they are sold to high-end restaurants or boutique grocery stores, serving a clientele that has the means to access nutritious foods year-round rather than those living in lower-income neighborhoods that are often the epicenters of urban food deserts. 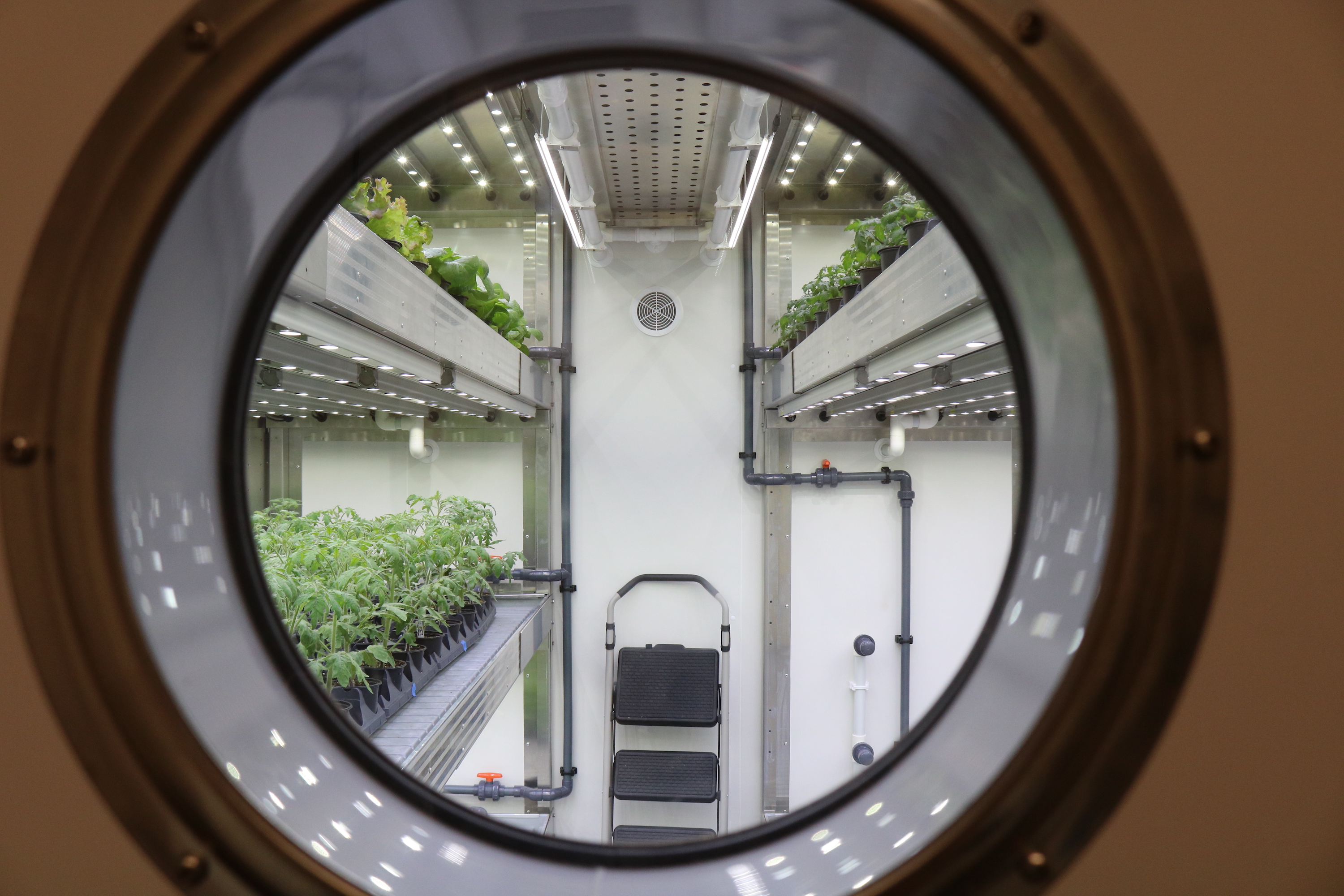 The most valuable 'indoor' crop? Data

Don’t get me wrong. There is value — both nutritional and educational — in providing food sources in the urban center. Exposing urban-dwellers to the process of growing food emphasizes that vegetables don’t originate at the grocery store and helps connect people to the food system and its role in creating a healthy planet.

But to truly make an impact on feeding the world, the fruits of urban farms need to be accessible to a much broader demographic. As costs come down and technology improves, they have a role in augmenting fresh food without expensive transport costs. And, it may be that some of the most useful applications for indoor urban farming techniques happen far outside of our major cities.

There are nearly 4 billion acres of farmland across the world — far too much to convert to, or replace with, indoor farming. But applying some techniques and technologies developed through indoor farming to more traditional methods can help us update the world’s food systems to produce higher yields, reduce its environmental impact and grow cleaner, more nutritious, more affordable food.

A major advantage of indoor farming is the ability to collect vast reams of data that shed valuable insight into how plants respond and react to a variety of stimuli, nutrients and environmental conditions (my own company relies heavily on indoor growth chambers to help us refine our technologies to reduce synthetic pesticide loads).

We ultimately may find there is greater value in applying the lessons of urban farming to improve agriculture as a whole, rather than in just producing microgreens.

Lessons learned through indoor farming have already resulted in more efficient ways to deal with plant stress from pests, drought and disease by learning to spot signs of distress earlier and maximizing natural inputs, rather than relying on disruptive land use practices or chemicals when it’s too late.

As the world grapples with an increasingly unpredictable climate, this knowledge is key in optimizing mother nature to continue to provide consistent and nutritious foods. And, indoor urban farming in its current form may have beneficial applications in remote northern communities that have limited access to fresh foods for much of the year.

The future of farming is hybrid

To be clear, we do need to continue to grow food within our cities.

The United Nations predicts two-thirds of the world’s population will live in cities by 2050 — making it imperative that food sources are close by. But there are a multitude of ways we can do this: supporting raised-bed community gardens, encouraging individuals and businesses to grow vegetables instead of lawns, repurposing urban rooftops as growth spaces and greenhouses to harness the power of the sun.

As the cost of urban indoor farming decreases and more renewable energy sources come on board, foods grown in the urban core may yet become accessible to a wider demographic, including lower-income populations. We may even see a future where growth chambers in homes and buildings yield fresh produce for households year-round.

In the end, the evolution of urban farming is promising. But it is only one part of a global food puzzle — one that needs input on all sides to grow, and become genuinely sustainable and accessible to all.

Edible AI? The future of food is up to tech

See all by Karn Manhas