What the ag tech boom means for Big Food

Still, he thinks there is a way for his Massachusetts-based urban farming startup, Freight Farms, to find common ground with incumbent food companies rushing to make sense of the current boom in agriculture tech.

"From the big business side, a lot of them are calling it their test kitchen," McNamara, co-founder of Freight Farms, told GreenBiz.

The next frontier: the heavyweights of the food service business, such as Sodexo or Aramark. 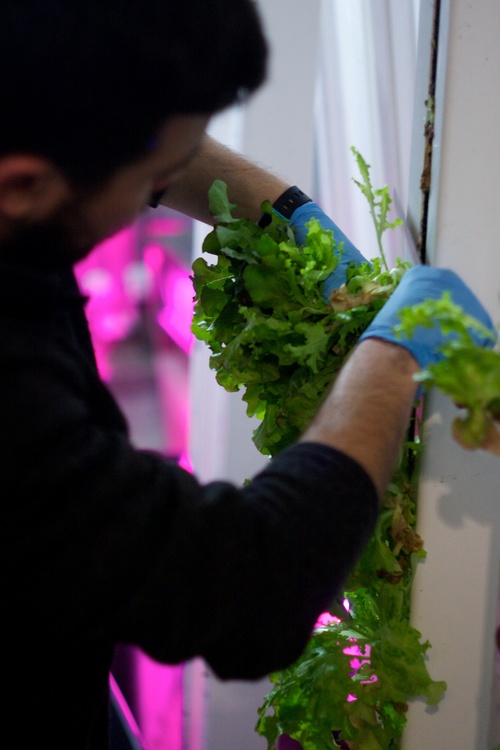 "It would be great even in the next few years to take this distributed, local food platform and find a way to make it a part of the ultimate in mainstream food," McNamara said. "That is the behemoth."

Although the operational and contextual gaps separating startups such as Freight Farms from food industry heavyweights are vast, there is reason to believe such a union might not be as far-fetched as it seems.

An increasing number of companies, from yogurt company Chobani to agrochemical and seed giant Monsanto, have launched incubators or corporate venture capital funds aimed at reaching entrepreneurs directly. Other agricultural incumbents, such as pork producer Smithfield Food, are focused on innovation-centric partnerships forged with the help of NGOs, public agencies or retail customers.

And then there is the rest of the $5 trillion food and agribusiness industry — a sprawling market encompassing seed companies, crop farmers, livestock companies, processors, distributors and retailers — where many companies are just starting to mull their next move.

The issue of how big and small companies might work together to advance ag tech from novel gadgets to a more sustainable food system is top of mind for Will Rosenzweig, executive director of the recently launched Food Business School, who happened to be preparing this week to deliver a keynote on the topic to a California food trade group.

We’re going to be surprised by the technology that comes into agriculture from nontraditional players.

"Of course the theme is all about innovation," he said. "Everybody knows they need it. They don’t exactly know what it is, or how to do it, but everybody is recognizing the speed at which things are changing."

The first barrier for companies looking to seize the opportunities presented by the food tech boom is the sheer amount of activity in the space.

Drone imaging and agricultural robotics may appeal to sci-fi fans. Vertical farming and precision agriculture — using sensors to monitor plant health, weather water levels, fertilizer inputs and other traits — are exciting to both sustainability advocates and budget-conscious executives who like the idea of better resource efficiency.

There are also the quirks of the food business to keep in mind.

"Finding the right investment opportunity is not easy," research firm McKinsey noted in a recent market analysis. "Food and agribusiness investing requires a deep understanding of specific crops, geographies and complex value chains that encompass seeds and other inputs, production, processing and retailing."

Rosenzweig also points to the promise of microbial research to develop more personalized nutrition plans for those with chronic conditions or high risk for diabetes as just one example of the way a revamped food industry could impact society more profoundly.

"Food is very personal for people," he said. "Taste, culture, policy, cost — all of those dynamics I think just make food so interesting, and so unusual for a business sector."

Food production and distribution illustrate a range of trends confronting both businesses, governments and society.

The rise of urban farming reinforces a reorientation of modern life in cities with scarce land and growing populations. Other social trends, such as consumer preferences for organic products or efforts to bring healthier options to food deserts, can help ground abstract policy discussions about health care and social iniquities.

"The paradigm of food really connecting human health to planetary health, or environmental health, I think has come into much sharper focus," Rosenzweig said.

Out of left field

What those sorts of seismic shifts mean long-term for incumbent food providers, however, is more open to interpretation.

In the process of looking to keep a finger on the pulse of technology increasingly being designed and marketed for the agricultural sector, companies are likely to come across familiar challenges.

"Big companies, they’ve screwed it up so many times trying to buy or work with a smaller company," Rosenzweig said. "The asymmetry is just so difficult to bridge that now they’re thinking differently."

For instance, it might come as some surprise that Monsanto, a poster child for industrialized agriculture, is looking to other sectors for signs of what's next for food production.

"Ag as an industry is pretty small compared to other high tech industries like pharma or software or IT," Steve Padgette, the company's vice president of R&D investment strategy, told GreenBiz. "What I think is that we’re going to be surprised by the technology that comes into agriculture from nontraditional players." 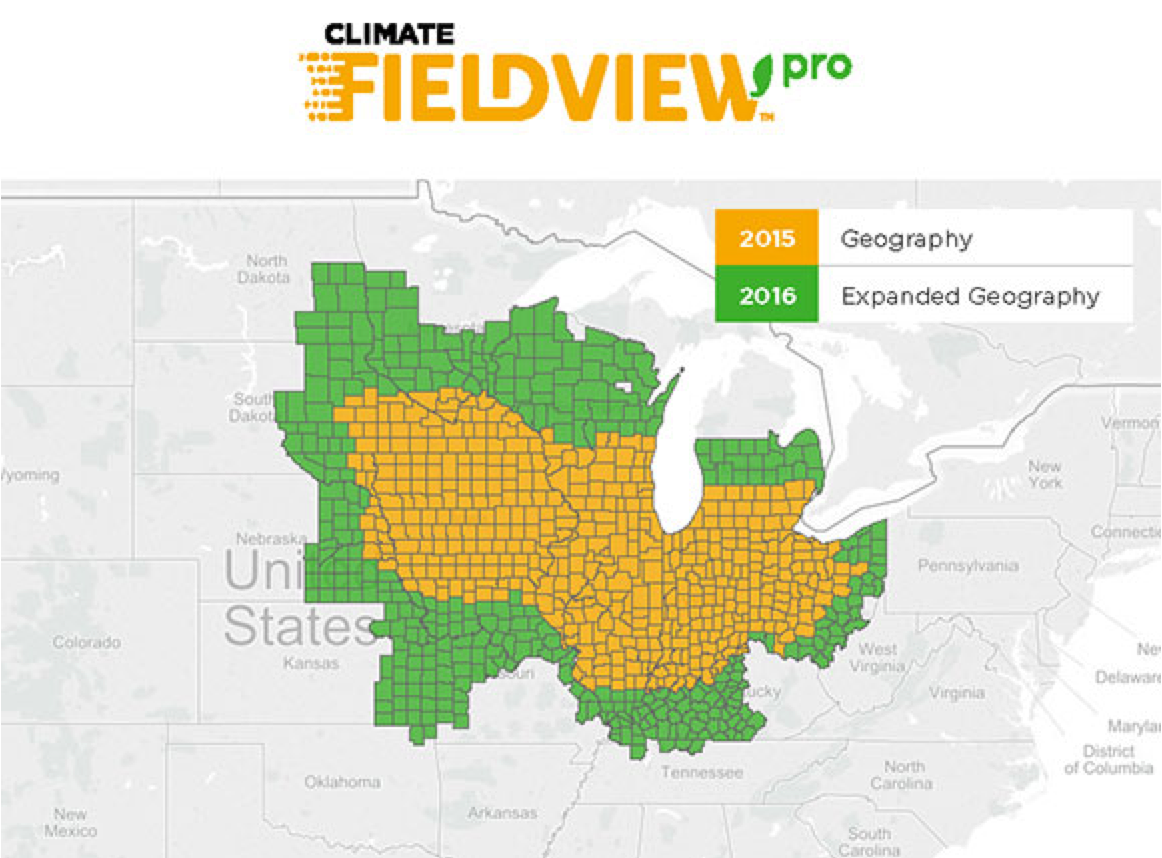 "They’re working on a particular medical compound for a target, and it turns out that target is a great target for fungicides for disease control in crops," he said. "That’s an area where it just came out of left field from pharma and we have a great lead in our pipeline for a fungicide that could be really valuable."

The company, which launched its corporate venture capital fund in 2012, invests in (and occasionally acquires) startups, along with brokering partnerships with strategic allies or technology providers.

"For Monsanto, our two main new growth platforms are precision ag — that’s really built around our acquisition of the Climate Corporation two years ago — and on the biological side, it’s anchored by our strategic alliance with Novozymes out of Denmark in the microbial space," Padgette said.

Within the range of potential deal structures — alliances, joint ventures, investments, acqusitions — Monsanto generally shies away from acting as a sole investor in a startup, instead joining multi-party funding rounds or looking to establish other types of tech trial runs.

These big companies are going to be in a position where, whether they tend to be followers.

In an example of much bigger tradeoffs that have accompanied the rise of corporate venture capital, where individual companies invest in smaller businesses to advance their own priorities, Padgette said the key is finding a "win-win" option.

"For the founders and the board, it’s an analysis of how much can a strategic investor help the company with technology, knowledge of the market, potential exit options, versus, 'Is the company going to be unduly influenced by a strategic [investor] in a way that might not be best for the company?'" he said. "What I’m seeing now is a lot more acceptance than resistance."

While Padgette and his peers in the food industry may recognize the flurry of activity building in even less conventional agricultural sectors, such as urban farming, one key sticking point is quick to emerge.

"We operate at a very large scale," said Stewart Leeth, vice president of regulatory affairs and sustainability for Smithfield Foods.

For all companies in the industry, the dual pressures to innovate and scale can be tough to reconcile, Rosenzweig said.

“These big companies are going to be in a position where, whether they buy or build [technology], they tend to be followers," he said. "They tend to have cultures that are very good at optimizing performance nd scale, not necessarily breaking new ground."

As the world's largest pork producer, acquired by a Chinese firm in 2013, Smithfield is "heavily involved in trying to develop new technologies" but has not established a venture fund like Monsanto.

Rather, the company is working with one of its biggest customers, Walmart, to bolster supply chain sustainability by deploying tractor sensors designed to help limit fertilizer use with the help of the Environmental Defense Fund.

We’re still at very much an experimentation stage on a lot of this. The scaling up will come over the next 10 or 20 years.

"As the tractor goes across a row crop, it will read the health of the individual plants and upload that information to a computer," Leeth said. "It will tell a tractor operator exactly how much fertilizer is needed."

In addition to new hardware, Rosenzweig emphasizes the importance of food industry talent trained to consider not only traditional crop yields and ROI, but to also have a solid command of software, ethics, supply chains and sustainability.

Meanwhile, Smithfield is also working on developing technologies related to the livestock it rears.

"Across the animal ag world, one of the issues we’re trying to improve upon and find new technology for is how to make use out of byproducts like manure," he said. "That’s not just us, but other companies that raise livestock, whether it’s beef or poultry or pork."

In hopes of turning manure into more money for the company, Smithfield plans this quarter to launch a $1 million competition with the U.S. Environmental Protection Agency to incentivize the development of technology to "extract nutrients out of manure and make them useful and profitable for farmers," Leeth said.

Rosenzweig urges patience for companies across the food industry.

"To get the myriad players who are involved in food systems connected and cooperating in a way that makes a lasting difference is going to take a while," he said. "We’re still at very much an experimentation stage on a lot of this. The scaling up will come over the next 10 or 20 years."