What blockchain can do for the environment

This article was originally featured on Ensia. The emerging technology is one of 10 trends to watch in this year's "State of Green Business" report. You can read more here.

"A lot of crypto-currency proponents say that blockchains are going to save the planet. Well, I just can’t see it." This is not the resounding endorsement you might expect from widely acknowledged blockchain expert Michael Mainelli for the technology most famously associated with the internet-based currency known as Bitcoin.

Mainelli, director of the London-based commercial think tank and venture firm Z/Yen, said that the use of blockchains for crypto-currencies is limited because such application tends to be slow and energy-hungry. At the same time, he sees blockchains holding huge promise in an entirely different area.

As permanent, tamper-proof databases for any kind of data, shared by a community and owned by no one, "they are particularly interesting to environmental groups," Mainelli said, because they make it possible to track and verify transactions and interactions even in the absence of a centralized authority.

Indeed, people with interest and influence related to the environment are waking up to blockchain’s potential to boost the sustainability of industries such as forestry, energy, fisheries, organic food and mining, as well as improve carbon accounting, air pollution monitoring, material recycling and more.

In other words, even if blockchain won't save the planet on the finance end of things, it could make a big contribution from an environmental perspective.

From finance to fish

In a nutshell, blockchains — or "mutual distributed ledgers," as they are sometimes called — are simply self-governing, tamper-free, online databases that nobody owns, yet everybody can trust.

A blockchain consists of records arranged in batches called "blocks." Each block references and identifies the previous block using a cryptographic function, forming an unbroken, verifiable chain of custody for whatever good or service is being exchanged. A built-in validation system ensures that nobody can tamper with the records. Old transactions are preserved forever, and new transactions are irreversibly added to the ledger. The blockchain ledger is not managed by a single body, but is distributed: It exists on multiple computers at the same time, and anyone with an interest can take a copy.

The first highly visible application of blockchain was the launch in 2009 of Bitcoin, an online currency that uses the technology to maintain independence from financial institutions and national governance. But blockchains are not just for money; they also can be used to keep tabs on other things of value, from property titles to digital signatures. One application of blockchains that is catching sustainability proponents’ eyes is to ensure that products such as seafood, lumber and other products sold as environmentally friendly really are.

Take forestry as an example. Let’s say Ikea wants to sell a desk made from wood cut in a sustainable forest in Indonesia. For it to guarantee the product contains that wood, the company needs to follow the wood all the way from harvest through milling to production of the final desk.

Right now the wood products industry does this through certification and labeling. But what if the tree-cutter’s neighbor donates a couple of logs grown on unsustainably managed land? Different certification organizations deal with such cheating in different ways, forcing timber companies to choose one labeling system or another. This, in turn, leaves the companies vulnerable to getting locked into one system whose governance begins acting like a monopoly and ramps up labeling prices.

The Programme for the Endorsement of Forestry Certification, responsible for more than 700 million acres of certified forests, has been investigating blockchain as an alternative solution for tracing provenance.

The benefits are clear enough. Because blockchain records transactions openly and permanently to its ledger, and this dynamic ledger is generally available to anyone who wants a copy, it opens up the whole tracking process to scrutiny while at the same time preventing any monopolistic third party from controlling the system. 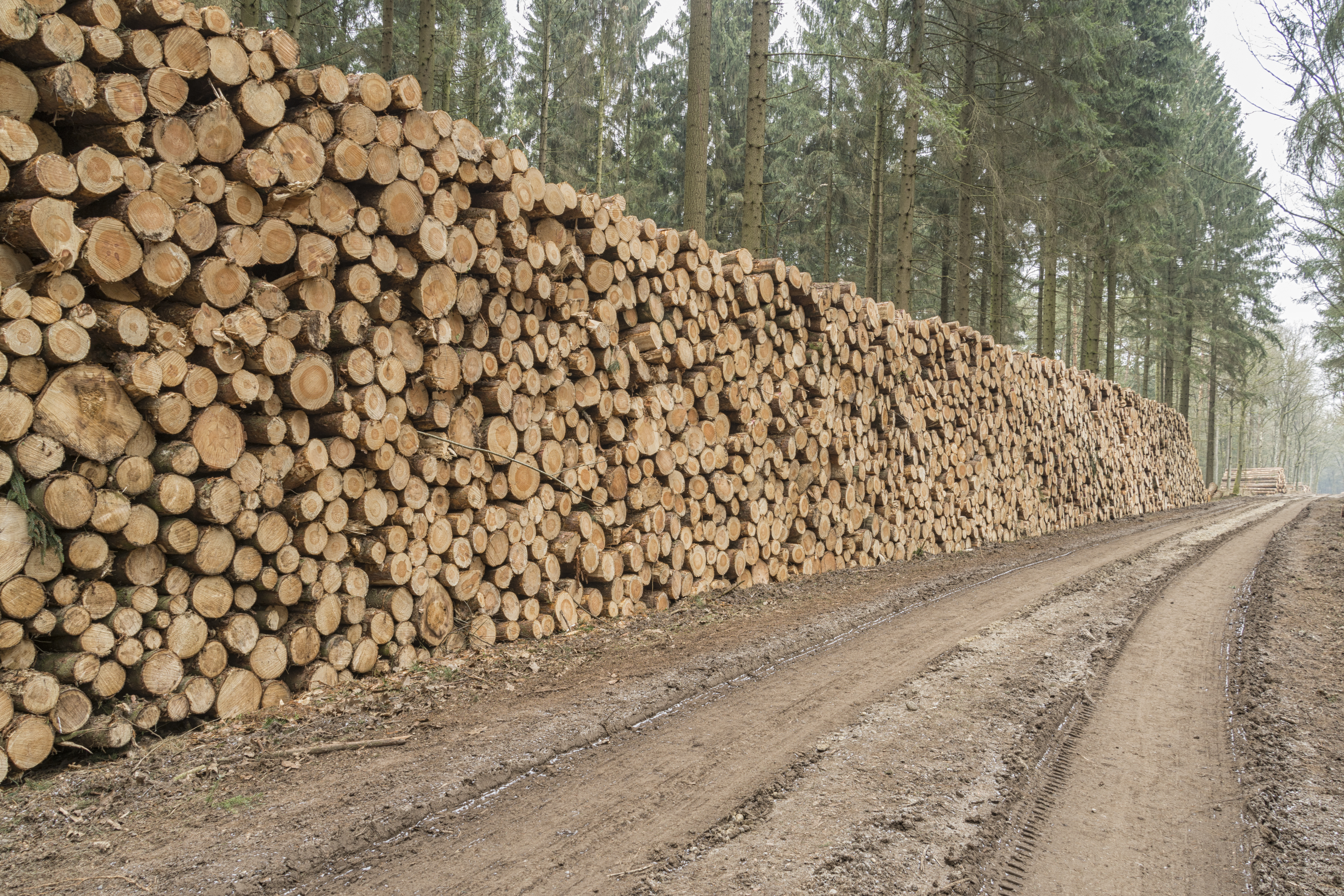 When the data being recorded into a blockchain ledger are measurably exact and the transactions are written automatically by smart metering devices, blockchain really comes into its own. This is why the energy sector, which already gathers such precise information, is taking a keen interest in the technology.

Hubbard cited two ways in which blockchain technology can drive energy-efficient behaviors. One is that it allows for decentralized control. "We currently have a very centralized command-and-control grid structure," she said. "This is changing as we bring more distributed generation, particularly renewable but also storage, and a lot of distributed user capacity. The distributed nature of blockchain nodes will be very fitting for that."

The other contribution to efficiency Hubbard cites is related to what she called "the digitization of everything" and the growing Internet of Things.

With blockchain in the picture, the effort of meeting demand and managing supply between consumers and a distributed array of micro energy-producers could be left to computers.

With blockchain in the picture, the effort of meeting demand and managing supply between consumers and a distributed array of micro energy-producers can be left to computers. "The idea that you have all these connected devices able to talk to each other and optimize their consumption without going through any central hub means that you can now optimize pockets and smaller areas of grid and energy usage," she said.

For example, with blockchain in the picture, the effort of meeting demand and managing supply between consumers and a distributed array of micro energy-producers can be left to computers. Say your home will need more electricity over the next couple of hours because you’re going on a housecleaning binge. Your meter looks up the blockchain to determine the closest immediate supply, switches to it automatically and duly records your usage back to the ledger.

Blockchain holds promise for solving some of renewable energy’s challenges as well. In particular, it opens the door for peer-to-peer trading of "home-grown" electricity such as power generated by a rooftop solar array. This offers two kinds of advantages. First, it reduces the need to transmit electricity over long distances, which can result in losses along the way. Second, it helps reduce the need for energy storage, because such trading can move electricity locally from where it’s being produced in excess — say, at a very windy wind turbine site or a sun-soaked solar photovoltaic array — to where it’s needed.

In the U.K., according to Hubbard, just 5 percent of grid balancing — keeping electricity supply and demand in line with each other — comes from customers directing their ad hoc demand to their nearest supply rather than the major generators adjusting mainstream supply to match demand across the grid. The U.K.’s nationally managed grid is looking at ways to increase customers’ contributions to grid balancing in hopes of increasing efficiency by allowing small producers to plug intermittent local gaps. However, this can’t be scaled using the existing model.

Discussions about this technology are still about potential, with people building proofs of concept and running trials.

"You’ve got multiple parties pursuing opaque, one-to-one contracts — they’re often exclusive — so no one has any visibility of where the flexibility is in the system," said Hubbard. The ability to jump from one microgenerator to another "is key if you’re suddenly going to be able to match all of our peak demand moments in the country on the demand side," she said. Because the current system theoretically already can accommodate such an approach with blockchain’s help, there’s no need to wait around for peer-to-peer trading.

Until this happens, there’s no direct way to buy from or sell electricity to your next-door neighbor. Filling the gap are a variety of blockchain-based digital currencies dedicated for the purpose. SolarCoin, for example, enables individuals living in homes with solar energy panels on their roofs or commercial solar electricity producers to earn rewards for what they generate.

Built on a blockchain technology called ElectriCChain, SolarCoin is essentially an automated token system that pays people for the electricity they produce. SolarCoins earned can be sent to a regular Bitcoin wallet and, from there, converted into hard cash if desired.

ElectriCChain has the potential to make further use of the nonconfidential data it gathers from solar panel owners, according to its Androrra-based co-founder, François Sonnet. The initial plan is to build a network of some 7 million solar installations worldwide and post the data to a blockchain for use by scientists and researchers in specialist areas such as meteorology and climate change with the ultimate goal of increasing the use of solar power.

Sonnet said ElectriCChain is integrating SolarCoin with a number of solar monitoring platforms, including Smappee, Tecsol and Lumo-France. And, he said, the International Renewable Energy Agency has recognized SolarCoin "as a tool to finance solar installations worldwide."


The potential for blockchains to contribute to environmental protection in other ways is vast as well.

"What they’re really good for is authoritative data logging, pretty much in real time, that people can access," said Mainelli. "If you’re trying to measure a tributary flow, or do satellite reconciliations with forestry sensors on the ground, you can set up relatively inexpensive, easy-to-run networks that just log everything you’re trying to track."

For the moment, however, discussions about this technology are still about potential, with people building proofs of concept and running trials. According to Mainelli, it could be a while before the blockchain revolution really takes hold in the environmental sector.

As he noted, drily: "The biggest piece of installed software in this space is PowerPoint."

See all by Alistair Dabbs