What BP and HSBC learned about socially responsible investors

Companies are rightly exhausted by the number of questionnaires that they receive from firms that oversee or participate in socially responsible investing (SRI) and they are right to want to do something about it. However, most initiatives to date have failed to deliver the desired effect.

In 2012, two major global companies tackled the problem from a very different angle and to great effect. We expect many more companies to follow suit in 2013.

BP and HSBC Holdings hosted webcasts for analysts from all SRI agencies in which the companies presented their sustainability performance from the year before and answered analysts' questions. In each case, presentations were given by senior members of the sustainability and investor relations teams. About 15 analysts from all of the major agencies and index providers participated in each hour-long call.

The presentation time gave each company the opportunity to describe its sustainability activity within the context of its own business priorities; they framed the debate within terms that were relevant to a bank and to an oil company rather than responding to the (often inaccurate) context established by an SRI analyst.

So for the price of one day’s preparation and one hour’s talking:

How does this approach reduce questionnaires?

The process is modelled on ‘mainstream’ investment research practice – whereby companies hold results webcasts that are open to the market as a whole and take questions from analysts. At the end of each call, the companies asked for feedback from the analysts and said that they would repeat the process next year.

This gives the analysts visibility over when they will next hear from the company and discourages them from sending other information requests in the meantime. Of course, hosting one webcast doesn’t solve the questionnaire problem immediately, but if companies host them two or three years in a row – and their sector peers follow suit, a new, more efficient dynamic for communications between companies and SRI investment analysts can be established.

The SRI analysts typically appreciate the access they get to more senior management. Why send a questionnaire that will be completed by the deputy, junior intern if you can join a call and ask the Head of CSR or Sustainability your questions directly?

Can any company do this? Is there any secret sauce?

There is probably appetite from SRI analysts for webcasts by all large cap companies with significant environmental or social impacts. And, yes, there is one little bit of secret sauce: Hustle.

For each webcast, I spent a day on the phone calling around  to all the research agencies, identifying the correct sector analyst and encouraging them to join the call. In time, as these webcasts become accepted practice, this hustle won’t be needed. Still, it makes a nice change for companies to be hustling the analysts rather than the analysts hassling the companies. 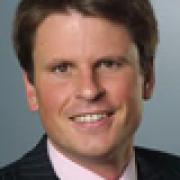 See all by Mike Tyrrell