What California can teach D.C. about climate change policy

Since 2000 two cities in the U.S. have been playing extraordinarily important, though remarkably different, roles in crafting public policy to address climate change challenges.

One city is Sacramento, the capital of California, the most populous state in the U.S. and the 15th largest economy in the world. Since the early 2000s progressives in many political and business sectors in the state have responded with bold, multifaceted and inspiring action in response to climate change.

The other city is Washington, D.C. In 2008 a cap-and-trade plan was approved by the U.S. House of Representatives but died in the Senate. President Barack Obama and the Senate Democratic leadership could not rally the 60 votes needed for the plan to pass.

In Sacramento, the response has been built around the notion that we must reduce our emission of greenhouse gases in order to minimize climate change. This year is crucial: The central strategy of California's campaign to minimize emissions, namely through a cap-and-trade program, is being implemented. If the program proceeds as planned, the state should succeed in reducing its emissions to 1990 levels by the end of 2020.

As Sacramento leads the way on climate change for the U.S., it makes sense to think about what lessons can be learned to improve and accelerate efforts in the rest of the nation and world. These are lessons that Washington lawmakers urgently need to learn.

Why has Sacramento been such a vanguard, while D.C. has been a laggard? Here are three key differences.

First is popular support. Over the past 50 years, California has been more responsive to the health of the environment than most states. California voters supported a strong response to climate change and the Global Warming Solutions Act of 2006, also known as AB 32, was very popular when it first passed. Even four years later, when large oil companies launched a campaign to stop AB 32 implementation with a ballot initiative, voters resoundingly defeated it 61 percent to 39 percent.

California has been a "blue state" for at least a couple of decades. While both its legislative houses have had Democratic majorities, that majority became a supermajority in November 2012. In the current term, 71.1 percent of state senators are Democrats, along with 68.8 percent of state assembly members.

Obama knows he is unlikely to get support for cap-and-trade legislation from states where oil and coal are major economic players, regardless of whether the legislator is Republican or Democrat. This makes it very difficult for the president to assemble the 60 percent support needed for approval in the Senate. It's hard to imagine California levels of support nationally.

Another key difference involves leadership. Former Gov. Arnold Schwarzenegger was a more consistent and vigorous supporter of an ambitious climate change response than Obama after he entered the Oval Office. This may change now that Obama has been elected to a second term. He has indicated it will be important, and he has appointed John Kerry, a strong climate change advocate, to be secretary of state.

But while popular support and stronger leadership would help, one aspect of  California's success doesn't depend so much on politics: the economy.

The California economy is enjoying dramatic economic growth from clean technologies. As of the beginning of 2012 the state had 500,000 jobs in the clean-tech sector, which is growing 10 times faster than the rest of the state's economy. Despite the warnings from big fossil fuel companies about the economic impact from climate change legislation, it appears to be strengthening rather than weakening the state's economy.

While reducing emissions to 1990 levels by 2020 would produce an environmental win, a financial win from the legislation would mean lower unemployment figures, a growing inventory of jobs, and attracting talented tech entrepreneurs and investors who like to invest in tech projects. It means the state will transition to consuming fewer fossil fuels while growing its wealth.

The good news for D.C. is that financial success in California provides the strong evidence needed to persuade voters and politicians. If Obama wants to launch a vigorous climate change response, he may want to extol the financial benefits of a cap-and-trade approach, as evidenced by some of early economic successes in California.

Perhaps the best lesson to come from Sacramento is that success in addressing climate change can be financial as well as environmental.

Policy Matters, by the American Sustainable Business Council, identifies public policies where a business voice, grounded in principles of innovation, fairness and environmental stewardship, can make an essential difference in the advocacy process.

Image of U.S. Capitol Building by Orhan Cam via Shutterstock. 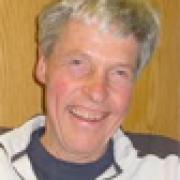 See all by Mark McLeod