What China can teach the US about EV fast-charging rollouts

The United States will need much more public direct current fast-charging (DCFC) to keep up with the coming wave of electric vehicles (EVs). These public DCFCs are vital for EV drivers’ peace-of-mind, enable long-distance trips and empower consumers without access to home-charging to buy an EV. The problem is that they simply aren’t being built fast enough and in large enough volumes to keep up with transportation sector decarbonization targets in line with limiting global temperature rise to 1.5 degrees Celsius.

While the exact amount of DCFC the United States needs is still up for debate, there is no question that it will be much more than the 17,000 fast-charging plugs currently installed. Over half of these are owned by Tesla and a third of them are in California. This state alone is projected to need as many as 25,000 public fast-chargers by 2025 to meet its goal of 5 million EVs on the road by 2030.

The speed with which the United States can put that metal in the ground, however, is limited by the current economics of fast charging. Because all but the most highly used stations lose money, charging providers can build only in the relatively few locations likely to have sufficient business. That means DCFC growth is incremental, when it needs to be exponential. Unless either the costs of procuring, installing and operating DCFCs are reduced or demand for EV charging rises significantly, this limited build-out will remain the status quo.

The economic difficulties of fast-charging stations not only threaten to limit the rate of EV adoption in the United States but also can have consequences for whether charging systems provide reasonable rates for consumers, including less affluent drivers. If charging provider margins do not improve, it is unlikely that the price that EV owners pay for fast charging (typically 2–3 times more than it costs to charge at home) will be reduced.

As the EV transition gains steam and auto-manufacturers phase out gas-powered models, EVs will move past affluent early adopters and into the hands of drivers from all socio-economic backgrounds. Lower-income drivers are less likely to have access to home charging and therefore will be forced to rely much more heavily on public charging and pay its price premium. The result is an inequitable situation where lower-income EV owners could pay many times more for fuel than wealthier EV drivers.

Increasing the speed of public fast-charging build-outs and ensuring equitable outcomes will require a wide array of actions by both industry stakeholders and all levels of government.

To get a flavor for what this could look like, we can look to China, where EV charging has been a matter of national policy since 2014. Over the past decade, China rapidly has grown its public fast-charging network to over 309,000 public fast-charging plugs (about one for every 12 EVs in the country).

Due to its size, China’s charging market has realized significant economies-of-scale, dramatically lowering the cost of purchasing and installing public fast-charging stations. China also has managed to do all of this while keeping fast-charging prices between 1 and 1.8 yuan/kWh ($0.15–0.28/kWh, only about one to two times the price that an EV owner would pay to charge at home), making EV charging relatively affordable for all citizens regardless of their housing situation.

Understanding how China has achieved this scale and affordability in fast-charging in such a short time can provide a glimpse as to how something similar can be done in the United States.

The first thing to understand about China’s EV charging journey is just how vital public charging is to its transportation electrification goals.

In the large metropolises in China, where over half of the population lives, land is scarce, and most people live in multi-unit dwellings (usually high-rises). Single-family detached housing in those cities is rare. Consequently, very few people are able to install Level 2 charging plugs in their garages. Most EV adopters, instead, rely exclusively on public charging — often DCFC due to its convenience.

Early on, the Chinese central government recognized the necessity of public charging, especially fast charging, to achieve its electrification goals and began developing a framework of policies and targets to promote the rapid scale-up of such a network. This framework was and continues to be implemented on the provincial and municipal levels and can be grouped into seven strategies:

As a result of this aggressive strategy, the scale and speed of charging construction in China exploded. In 2019, public charging stations grew at a rate of 17,000 plugs per month. In 2020, the number of public plugs crested at 807,000, 309,000 of which were fast-charging plugs. On average, prices for public fast-charging were between RMB 1 to 1.8/kWh, only 1–2 times more expensive than home charging, making electric fueling relatively affordable for all citizens regardless of their housing situation.

The scale in China’s charging market has yielded reductions in the costs of manufacturing and constructing public charging stations, especially fast-charging stations. The Electric Vehicle Charging Infrastructure Promotion Alliance (EVCIPA) released data showing that from 2016 to 2019, the cost of public fast-charging equipment dropped 67 percent to about $3,000 for a 50 kW DCFC unit. This is compared to $20,000 to $35,000 for a comparable DCFC unit in the United States.

In 2019, a joint study between the Natural Resources Defense Council (NRDC) and EV100 analyzed the finances of a typical charging station in China with 30 60-kW plugs and found that the entire installation cost $312,000 before subsidies. For comparison, in the United States, the equipment for 30 50-kW charging plugs would cost between $600,000 and $1.1 million alone. These cost reductions have been contributing factors to the acceleration of public charging infrastructure construction in China.

The United States’ own road to fast charging

In some respects, the United States’ road to a fast-charging network will be more complex than in China — it will take navigating a complex system of investor-owned utilities, public utility commissions, municipal utilities and rural electric co-ops.

This road, however, also has unique opportunities. For instance, because the United States has a wholesale electricity market, U.S. charging providers have an economic opportunity in the form of providing demand response to the power grid. Doing so provides an additional source of revenue that has the potential to make public charging business models more sustainable.

One thing that is the same, regardless of the country, is that rapidly scaling up public charging — especially public fast-charging infrastructure — will take collaboration and compromise. And it needs to happen immediately in order to keep the planet on track for a sustainable future. 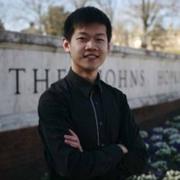 Here's what we learned from 100 million miles of ridehailing data

See all by Ross McLane