What is a city? The SDGs depend on an answer

This month, urban thinkers from the United Nations, the European Commission and other organizations are meeting in Brussels to continue a curiously complex attempt: developing a universal definition of the "city."

The meeting is a pivotal step toward ironing out a globally applicable city definition that can be used to measure progress on the Sustainable Development Goals, particularly those that pertain to cities, along with the New Urban Agenda, a global agreement that will guide urbanization over the next 20 years.

In the eyes of many working on the issue, a universal definition of the city that can be used by policymakers and the global development community is a piece of the SDGs puzzle that is still missing. The issue underpins the 169 targets and their related indicators included in the SDG framework.

"When you go down to targets and indicators, you will clearly see that there are quite a number of indicators for which the unit of measurement is the city," said Robert Ndugwa, head of U.N.-Habitat’s Global Urban Observatory Unit. "The challenge here is if we don’t agree globally on what the city definition is, we’re going to have a situation where when you measure such indicators, you might … measure them in an area which is perhaps a municipality or the core part of the city, but not necessarily the whole city extent."

That’s a problem. Many indicators for SDG 11 — the "urban goal" — are highly sensitive to where city boundaries are drawn. These include things such as access to public transport and air quality.

In the absence of a universally agreed definition of city, policymakers typically rely on guidelines that vary by country. City boundaries generally are set along administrative or legal lines.

"It is impossible to compare data for cities if the boundary is not drawn in exactly the same way," said Lewis Dijkstra of the European Commission’s Directorate-General for Regional and Urban Policy.

In the absence of a universally agreed definition of city, policymakers typically rely on guidelines that vary by country. City boundaries generally are set along administrative or legal lines.

"Usually when people use the word 'city,' they refer to a particular administrative area but not necessarily one that’s defined in a harmonized way," said Dijkstra. "One city, like the city of Paris, captures only the downtown. Other cities may capture the downtown, the suburbs and maybe even some rural areas. So even something simple like the population size of a city couldn’t be derived from the administrative area."

For mayors, it is particularly important to have a clear definition of what constitutes their city. Think of a mayor who uses a city definition that doesn’t include the suburbs and encompasses only the central city, Dijkstra said. When people are moving out to the suburbs, it will look as if the city is declining in population — when in fact the total city is growing. That has massive potential implications for planning and budgeting.

There’s also a competitiveness angle. "We’ve noticed that mayors are incredibly keen to compare their cities to others — especially between countries," he said.

Without a universally applicable definition of a city, independent of administrative boundaries, it will be impossible to compare progress across cities on the SDGs in a reliable manner. "Comparing cities internationally using a collection of national definitions will generate many distortions," noted a 2016 report from the European Commission.

While the problems of having no universal definition of a city are well understood, how to fix these concerns has been vexing.

This month’s meeting, slated to take place in the last week of April, will bring together thinkers who have been working on emerging city definitions as well as representation from the U.N.’s Committee of Experts on Global Geospatial Information Management, and its Food and Agriculture Organization.

Multiple teams will bring with them proposed definitions that already are well along in development, but two will receive particular attention. The European Union and the Organization for Economic Cooperation and Development (OECD), for instance, will bring their "harmonized" city definition. This considers a "functional urban area" as the city combined with its commuting zone.

The EU-OECD team fully has applied this definition to all major cities in the European Union and in OECD countries. The approach has been endorsed by over 30 national statistical institutes, according to Dijkstra.

Now they’re seeking to expand this approach to other countries. At last year’s Habitat III summit on sustainable cities, the European Union committed to further developing a common city definition for international comparisons, based on its model. To be created in collaboration with the OECD and World Bank, it aims to present the idea to the U.N. Statistical Commission in 2019.

A second model is being developed through a collaborative effort between researchers at New York University, U.N.-Habitat and the Lincoln Institute of Land Policy. This definition is used to track the urban expansion of a sample of 200 cities, reported on in the 2016 Atlas of Urban Expansion. It also is applied to the roughly 400 cities taking part in a U.N.-Habitat project called the City Prosperity Initiative, said the agency’s Ndugwa.

This definition of the city considers urban areas as those that are above a built-up density of 50 percent. Suburban areas are classified as those that are 25 to 50 percent built-up, and a combination of urban and suburban areas plus open space makes up what researchers refer to as clusters. The "urban extent" is then calculated by identifying the main urban cluster and adding adjacent clusters that meet a particular rule for inclusion.

The meeting also will consider a global comparison of various methodologies that look at city extents, from a team of academics from Sweden, said Ndugwa. But these two approaches are the two main definitions being looked at, in part because they have been around the longest and explicitly have been looked at for their potential global application.

"With those teams in-house, we expect that we should really come up with a harmonized definition of cities, and that might be a combination of what the European Union is proposing as well as what U.N.-Habitat and NYU have been applying," said Ndugwa.

Because these two city definitions offer different methodologies, the researchers want to see how much variation there is in city boundaries when applied to different cities.

The plan is for the group to pilot both definitions on a selection of 20 cities after the Brussels meeting to see how city boundaries compare under both methodologies. Cities in the pilot include Belo Horizonte, Brazil; Cairo; and Cleveland.

"[We] want to dig down into the nitty-gritties of what are the real differences, and why do we get different estimates in terms of the city area," said Ndugwa. The plan would be to figure out "what is conceptually a better methodology, and most especially what is most simple and universally applicable both in the Global North and the Global South."

Within two to three years, Ndugwa said, the groups hope to come out with final guidance to U.N. member states on which methodology to apply globally.

It’s still early in the testing process. But the researchers admit that while the lines of work are compatible, there are challenges in bringing the definitions together.

A universal definition of the city that can be used by policymakers and the global development community is a piece of the SDGs puzzle that is still missing.

While the EU-OECD definition could undergo small tweaks, such as integrating the share of built-up area into its grid cells, it could not be radically changed, largely because it already is being used at national levels, Dijkstra said.

"Yes, it is a challenge," said Ndugwa. "But in our view, we need to work with a global methodology that will be feasible, universal and sustainable to apply and collect this data by member states."

Whatever happens, concrete attempts to create and refine a globally applicable city definition constitute an important milestone for the global urban development agenda. If all goes to plan, soon policymakers and others in the development community could be able to properly compare the performance and progress of cities across countries — something that to date has not been possible. 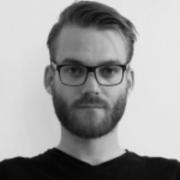 See all by Brendon Bosworth