In this season of giving thanks and gathering families, I am grateful that world leaders are gathering at the United Nations COP21 climate talks that began this week in Paris.

My company, Dassault Systèmes, is among those participating in ongoing events in Paris to show support for the negotiations.

One motivating factor is the realization that corporations hold many market levers for innovation as it relates to both technological capabilities and viable business models. When done correctly, product innovation can change consumption patterns and — ultimately — economic systems and societal norms.

More simply, we’re here for stories: to share some of our own, and to learn from the experiences of others who share the road to a sustainable future.

The French use the term "développement durable" to describe a sustainable society. At Dassault Systèmes, we strive to advance sustainable innovation through better use of 3D technology.

From the planes we fly and the cars we drive to the medical devices in our hospitals, the lights in our buildings and the devices that connect us to one another, the opportunities for innovation are everywhere.

Here are four examples we’ll be focusing on at COP21.

Earlier this year, Bertrand Piccard, André Borschberg and the rest of the Solar Impulse team made history when they realized an audacious goal of inventing a completely solar-powered aircraft that can fly around the world day and night.

Some groundbreaking technologies built into the aircraft (an endeavor that Dassault Systèmes sponsored) included a device to accurately monitor pilot fatigue and vigilance, along with ultra-thin, highly efficient solar cells designed specifically for this aerospace application.

Just as the fuel for our transportation systems needs to be revolutionized, so, too, does the fuel that powers our built environment. One major component of this pursuit is renewable energy, particularly in rapidly developing global markets.

China operates a quarter of the world’s coal plants, which generate roughly 1 metric ton of CO2-equivalent emissions per megawatt of energy produced. However, the new U.S.-China climate commitment necessitates replacing these facilities with power from cleaner sources, such as China’s ample hydropower potential.

Along with Hydrochina Chengdu Engineering Corporation, the largest hydropower research and design company in China, we are working to promote fossil fuel alternatives in the region.

See the 3D simulation of a dam on the left, and then the project as realized on the right.

What does the burgeoning Internet of Things have to do with sustainability mobility? A lot, it turns out.

The potential for a smart, safe and connected car has only begun to be tapped by the likes of Tesla, Ford and other automakers working in this space. 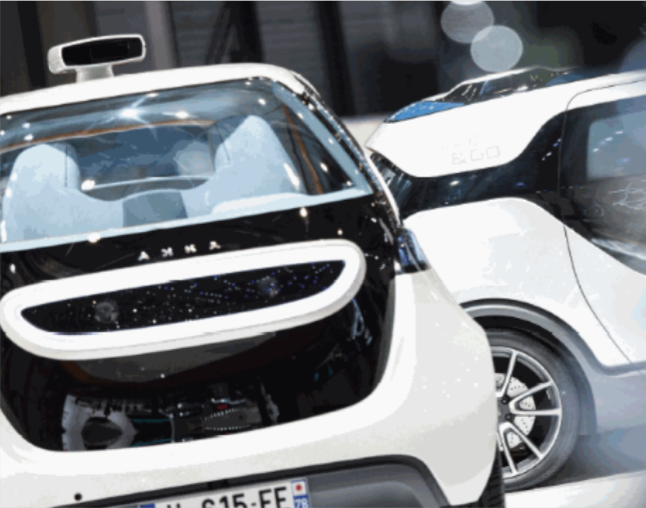 Along with the European company AKKA Research, we are contributing to this space with the Link & Go 2.0 — a connected, fully autonomous electric urban concept vehicle that communicates with a city’s smart infrastructure via sensors and cloud-based apps.

The vision is a door-to-door service that brings you where you want to go without having to think about the details in-between, such as planning for traffic or finding parking, which are handled autonomously after a vehicle has dropped you off.

The flip side of the Link & Go 2.0 is the smart infrastructure necessary to support next generation vehicles. This requires a huge amount of data from a variety of sources, as well as the ability to visualize data and build apps to take advantage of the information at hand.

We’ll be showing an example of this work in our 3DExperienCity Lab, where we are creating a digital twin of the French city of Rennes. There is also the Virtual Singapore plan to digitize and simulate the entire city-state’s architecture and infrastructure, consolidating the data generated onto one central platform.

For city officials and businesses, smart city efforts can aid urban planning, security and ecology, while also providing a new platform on which to build new apps and services. 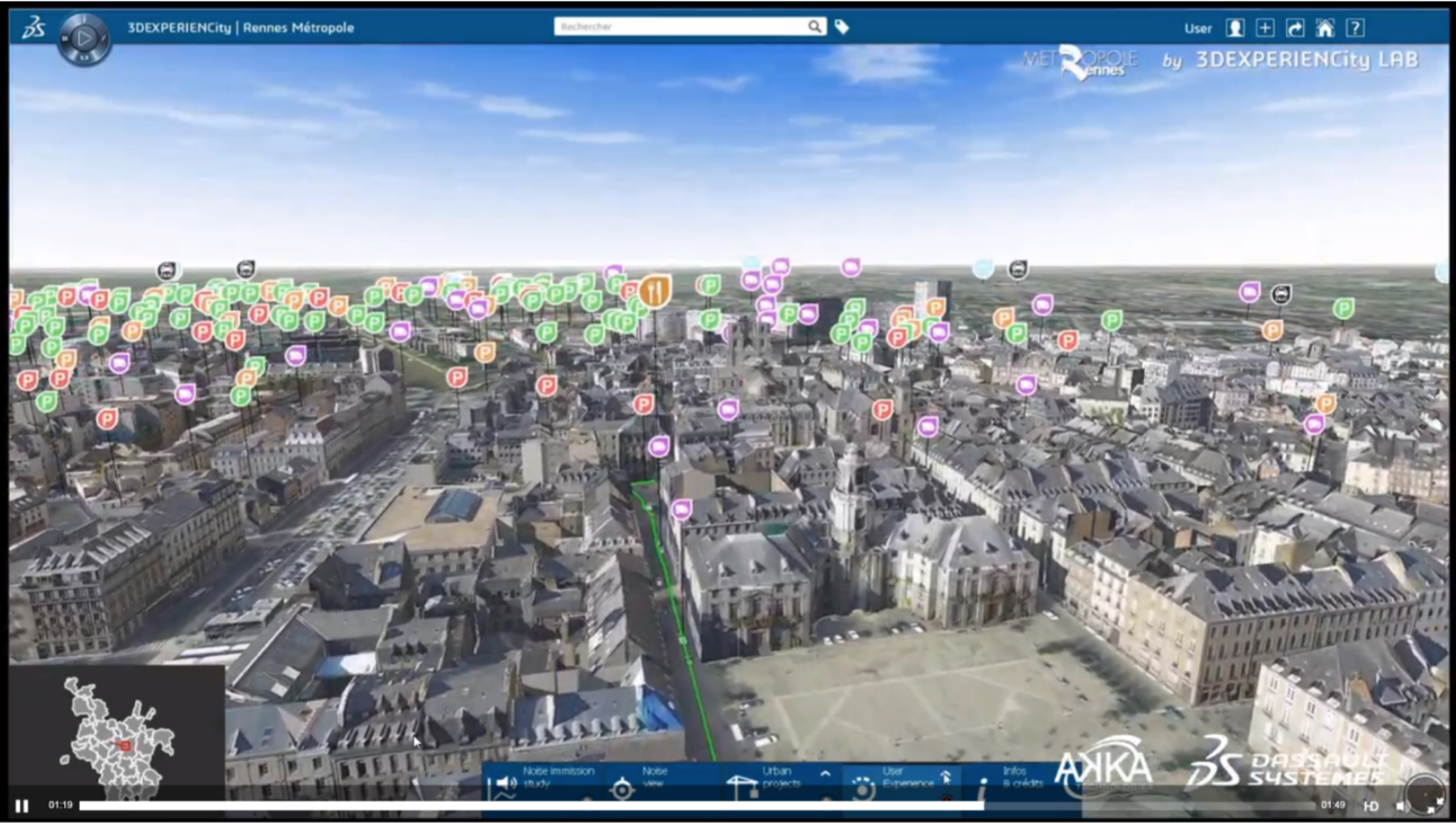 Of course, Dassault Systèmes still has a footprint on the world — one that slightly will increase with my own flight from Boston to Paris.

This is why we are intrigued by the budding "net positive" movement encouraging businesses to put more back into the environment or society than they take out, resulting in an overall positive impact.

In fact, a study that we’re about to release in collaboration with the Sustainability and Health Initiative for NetPositive Enterprise (SHINE) at Harvard’s Center for Global Health and the Environment demonstrates that our potential to enable "handprints" — or positive world impacts — exceeds our footprint by a factor of 10,000 times in the automotive sector alone.

We’ll be releasing this case study at COP21, and we invite the critical review of our peers, particularly those involved in the net positive movement. For those interested in the wonky details of handprinting, you can read a just-released paper on the methodology authored by Harvard’s Greg Norris.

We’ll share the stories we’ve highlighted here — and listen to others’ — at the Tech Gallerie au Bourget, outside the Blue Zone at which the negotiations are taking place, as well as in a booth at the Solutions COP21 public exhibition at the Grand Palais.

With a global climate accord, I hope such stories will become more viable and more frequent. What are you doing for COP21, and what are you hoping to achieve? 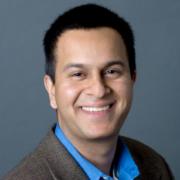 Uniting the aerospace industry en route to a sustainable future

Introducing handprinting: the good you do minus your footprint

See all by Asheen Phansey