What could have prevented the Cape Town water crisis

After three years of unrelenting drought, the South African city of Cape Town is at risk of running out of water. The massive water shortage is the product of the worst drought in more than a century. Despite severe water restrictions, each resident is only allowed 50 liters, or just more than 13 gallons, per day — there's simply not enough water for the metropolitan municipality of around 4 million people.

And while there is debate among officials that the city will run out of water in May, as was previously predicted, the drought-stricken area is still under considerable strain.

In light of this crisis, water resources management officials in other municipalities may wonder how they can prevent a similar crisis from occurring. Cape Town and other municipalities facing water shortages and other water resource issues should therefore consider a Social Return on Investment (SROI) analysis when considering long-term planning.

What is SROI analysis?

An SROI analysis is a participatory process for understanding, measuring and reporting on the social, environmental and economic value created by a policy or program. This type of analysis can be conducted prospectively (before an intervention is implemented) or retrospectively (after an intervention is implemented) and considers the triple bottom line — for example, the social, environmental and economic impacts. It is a more comprehensive strategy than a typical cost-benefit analysis as it requires the participation of key stakeholders in the process, which results in a broader picture of values, cost factors and end goals.

In other words, SROI analysis results in a holistic perspective on whether a project, organization or policy is beneficial to the triple bottom line of social, environmental and economic value.

Leveraging SROI in Cape Town and beyond

As Cape Town and, to a less urgent extent, many other parts of the world deal with the ongoing effects of climate change and drought, officials can leverage SROI analysis to determine how best to address water crises before they begin, from both a policy and infrastructure perspective.

It requires the participation of key stakeholders in the process, which results in a broader picture of values, cost factors and end goals.

Cape Town officials already have tried a few policies for reducing water consumption. The municipality had proposed a drought charge that was met with anger from its residents before it was withdrawn, and since has implemented a punitive tariff for excess water consumption. Future policy implementation would benefit from an SROI analysis that considers the social impact on residents and agricultural operators, the environmental implications (such as the amount of water the policy would conserve) and the economic cost to implement the policy. An SROI approach to water policy also would include participation from all affected stakeholders, including residents and farmers, nonprofit aid organizations, governments and businesses.

From an infrastructure perspective, SROI analysis also would be beneficial. Officials at a municipal, provincial and national level in South Africa are intensifying leak detection and repair efforts, considering whether to expropriate land containing dams and working to determine the value of a desalination program. Because an SROI analysis considers many stakeholders, it facilitates clearer communication among decision-makers and those affected, and is also likely to create more buy-in.

Ultimately, an SROI analysis accomplishes three important objectives: It helps decision-makers and planners determine the best infrastructure or policy interventions. It ensures those interventions have the best long-term value. And it includes all key stakeholders in the process.

Of course, SROI analysis is only so effective when a crisis is ongoing. Ideally, municipalities and other decision-makers should look at this type of triple bottom line analysis much further in advance. By using SROI analysis to plan ahead for potential crises, communities such as Cape Town will be in a better position to mitigate the impact of mass challenges such as drought. 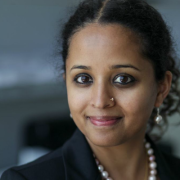 See all by Shubha Kumar