What does gender have to do with sustainability?

The point is that gender matters now more than ever — not just for the sake of individual women, but for the prospects of the global economy, the environment and society at large.

In developing countries, the focus is on forging more paths to self-sufficiency and better safeguards for women who do find financial opportunity in ever-expanding global supply chains. In white-collar worlds such as Wall Street or Silicon Valley, the issue is a nagging lack of female leadership that many argue stunts companies' long-term ability to produce goods and services that will resonate with an increasingly diverse consumer base.

"We are seeing a tremendous uptick in business interest in this topic," said Aditi Mohapatra, who oversees women's empowerment programs for the nonprofit advisory firm Business for Social Responsibility (BSR). "Companies have identified that they have a key opportunity to influence the status of women, and they’ve really understood that doing so brings them benefits as a business."

The United Nations puts achieving gender equality at No. 5 on the list of 17 Sustainable Development Goals (SDGs) ratified as global priorities last year, alongside goals such as eradicating poverty and rolling out more renewable energy. Also in play is a set of seven "Women's Empowerment Principles" (PDF) that the international body wants businesses to help accomplish. 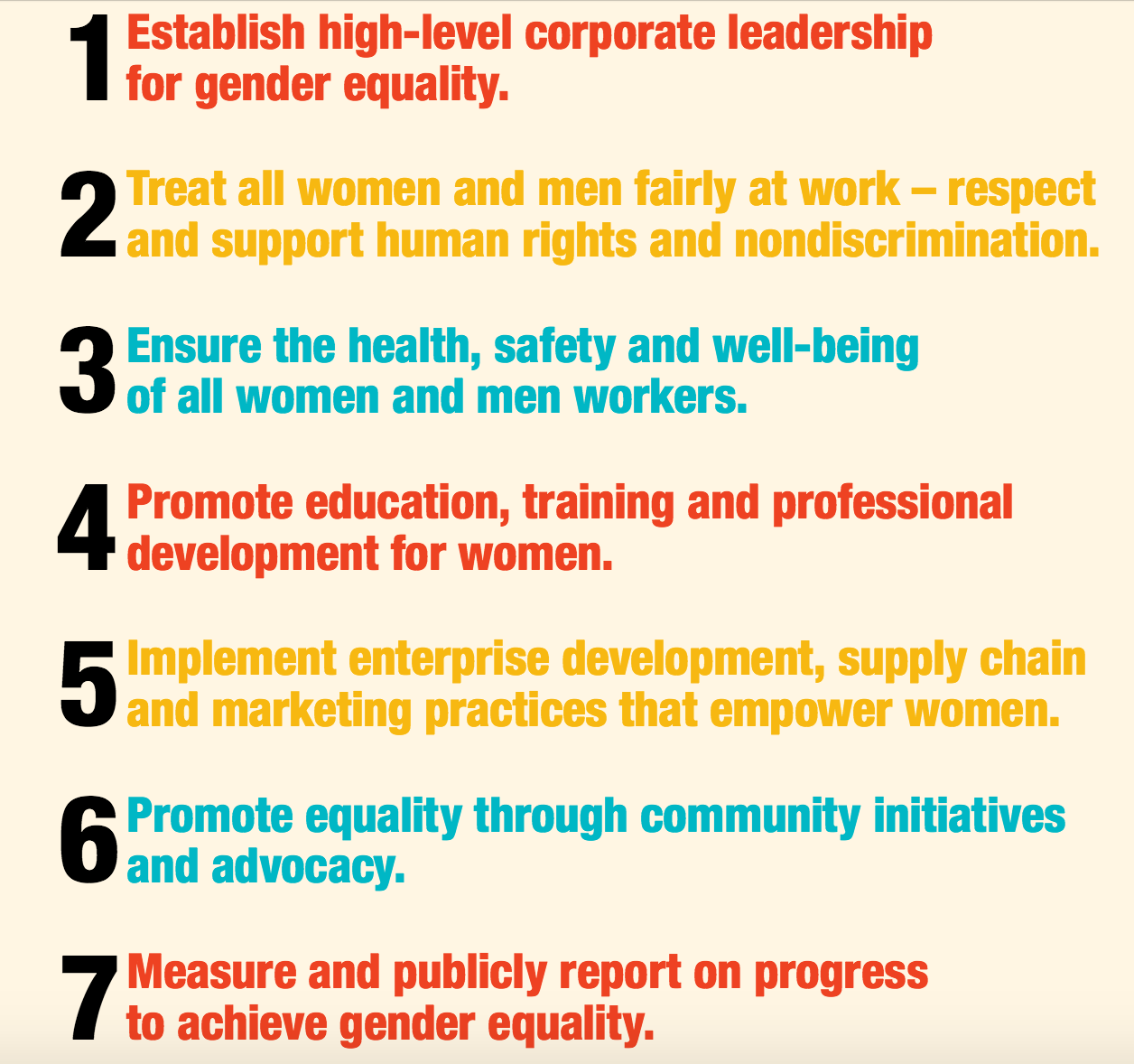 Just this week, BSR launched a new collaborative called "Investing in Women" with 13 companies, including Intel, Dell, Estee Lauder, Kate Spade, PepsiCo and Ikea. The goal is to "provide companies with opportunities to share, learn and design effective approaches to women’s empowerment."

For business across industries, the issues is often finding a place to start investing in new programs.

On one end of the spectrum are social issues, such as lacking reproductive education or entrenched cultural marriage norms, which ultimately have a huge impact on global population growth, emissions and resource demand. Then there are economic issues, like hiring discrimination, a lack of job training or sexist restrictions on women holding property or bank accounts in some locations.

Big food companies are tailoring smallholder farmer engagement efforts to focus on women. Back at corporate headquarters, companies such as Intel, Sodexo, eBay, Deloitte and others are starting to talk publicly about formal mentoring and sponsorship programs designed to encourage retention and promotion of female talent.

"One is around skills development, education, training," she said. "Then you’re seeing a lot around opportunity development, so creating access to markets — sourcing from women-owned businesses, opportunity to advance within companies — really when they are part of the formal economy."

Links in the chain

It was late 2011 when the water started to rise in the 800-plus electronics factories dotting Thailand's industrial zones.

When all was said and done, 50-year floods that wreaked havoc on rural and urban areas alike killed 600 people, rang up $24 billion in damage and inflated prices for equipment like PC hard drives for buyers around the world.

Another byproduct: extreme uncertainty for the roughly 450,000 workers staffing the factories — a labor pool that historically has included (PDF) a large share of female migrant laborers willing to work for low wages.

"(The flooding) meant that consumers in Japan and the United States maybe had to wait to get a new flat screen TV. It meant that women in Thailand were out of a job for several months," said Aron Cramer, president and CEO of the nonprofit sustainable business advisory firm BSR, at the recent GreenBiz 16 conference in Arizona.

The fallout from the floods in Thailand already have become a cautionary tale in corporate risk management as advocates of action on climate change warn that extreme weather is more likely in a warmer world. But the disaster also underscores an acute need to factor gender and labor into risk mitigation.

What are your impacts on women? Look from your supply chain to your business operations to how you’re engaging with your consumer base.

It's all part of the U.N.'s push for an "inclusive economy" and "sustainable development," which, while inherently broad in nature, could provide a blueprint for corporate social responsibility departments.

"It’s an important template for businesses to figure out the kinds of contributions they can make to inclusive prosperity, which is also a much more sustainable economy," Cramer said.

BSR for several years has operated a program called HERproject, which emphasizes peer education on health and financial literacy among supply chain workers in places such as Indonesia, Brazil, Bangladesh, China and Mexico.

Environmentalist Paul Hawken also notes that one often-overlooked benefit of keeping women and girls in school for longer is an opportunity to counteract the emissions fueling climate change by preventing them in the first place.

“If they can stay into 10th, 11th, 12th grade, the birth rate drops from five to two," Hawken said during an interview at GreenBiz 16. "It's emissions avoidance. There’s all these cascading benefits from there."

Given the multitude of issues at hand, Mohapatra advises starting with the immediately practical.

“You first need to look at, 'What are your impacts on women?'" she said. "You should look from your supply chain to your business operations to how you’re engaging with your consumer base."