What does net zero mean?

In order to keep the rise in global mean temperatures "well below 2 degrees Celsius" above pre-industrial levels and to try to limit global warming to 1.5 C, the Paris Agreement commits to net-zero emissions globally in the second half of this century. But what does "net zero" actually mean?

In fact, most global scenarios consistent with limiting warming below 2 C over pre-industrial levels require global net-negative emissions in the second half of this century.

The need for 'offsetting'

While every effort needs to be made to reduce greenhouse gas emissions in all sectors, it is clear that a net-zero target in the United Kingdom will require some greenhouse gas removal using "negative emissions" technologies. For example, while aviation and industry have the capacity to reduce most of the emissions they produce, complete elimination from these sectors is either too expensive or impossible, so residual emissions will remain.

This is where offsetting will need to play a role: domestic sectors such as land use and power that have the potential to deploy greenhouse gas removal technologies will need to offset residual emissions from the hard-to-treat sectors in order to achieve net-zero across the U.K. economy.

With the inevitability of some residual emissions, a number of important questions follow.

Firstly, what is the scale of residual emissions?

The Committee on Climate Change (CCC) in its most recent assessment (PDF) considers that even if existing technologies to decarbonize the energy, heating, transport, industry, agriculture and waste sectors are maximized, there will be around 130 million tonnes of carbon dioxide (MtCO2e) a year of residual emissions that negative emission technologies will have to remove. Industry will account for 24 percent of this 130 million metric tons, aviation and shipping for 31 percent, and greenhouse gases other than CO2 (chiefly from agriculture) for 36 percent. There may be also small residual emissions from surface transport (4 percent of the total), heat (3 percent) and electric power (2 percent).

As technology costs come down, we can expect these residual emissions of 130 MtCO2 to reduce too, perhaps in the range of 65-85 MtCO2e.

Secondly, what proportion of the reduction in residual emissions should occur within the United Kingdom's borders?

Should it be 100 percent? What considerations should inform this decision: technological, environmental, economic — or ethical and moral?

Adair Turner, chair of the Energy Transitions Commission, supports an absolutist view: "We should have a target in 2050 which is zero in the U.K., and not zero because we are buying offsets from the rest of the world. Real zero." Of the limited number of countries that already have adopted a net-zero target, this approach would only mirror Costa Rica's.

We should have a target in 2050 which is zero in the U.K., and not zero because we are buying offsets from the rest of the world. Real zero.

Given the United Kingdom's history and legacy as a high-emitting country, there is an argument that it has a moral duty to decarbonize as much as feasibly possible at home, the premise being that countries that knowingly sustain and promote the use of fossil fuels also bear moral responsibility for resultant climate catastrophe and should shoulder the burden of effort to prevent the associated harm.

But what happens if the marginal cost of abating those last 5-10 percent of emissions is eye-wateringly expensive? Should those costs be passed through to U.K. consumers even if the residual emissions can be abated using much cheaper international measures? For example, concentrated solar-driven direct air capture may cost less in sunnier countries. If domestic negative emissions are insufficient or too expensive to achieve, negative emissions offsets may be procured internationally.

This raises a further important question: can the moral imperative to reduce domestic emissions by 100 percent be displaced by cost-benefit analysis that favors offsetting overseas?

It is likely that the CCC will recommend a broadly similar approach, perhaps marginally increasing the amount to 90 percent — but it is an approach not without risk. Adding an international dimension to the creation of negative emissions also may exacerbate issues surrounding environmental integrity, particularly as carbon capture, and feedstock expansion (to provide raw material for pellets) in the case of bioenergy with carbon capture and storage (BECCS), are expected to occur primarily in tropical countries with high biodiversity value, weak forest governance and a checkered history of land-use planning.

For this approach to be credible, therefore, it would have to be regulated, with a governance system that ensures environmental integrity and provides absolute legal clarity over potential liabilities. It is worth reiterating that there has been mixed success for environmental safeguards under offsetting instruments such as REDD+, so the formulation of a negative emissions marker must be predicated on the highest level of environmental integrity.

A frequent riposte to the idea of offsetting is that if every country offsets a proportion of their emissions reduction, it will be difficult or perhaps impossible to reach net-zero on a global scale.

A frequent riposte to the idea of offsetting is, understandably, that if every country offsets a proportion of their emissions reduction, it will be difficult or perhaps impossible to reach net-zero on a global scale. This is certainly likely unless some countries become net-negative rather than just net-zero.

The target the United Kingdom adopts is sure to be a reflection of the frictions and trade-offs between technological, economic, environmental and moral dimensions.

What is the net-zero deadline likely to be?

Another hotly anticipated aspect of the CCC's announcement surrounds the timing of the net-zero target. Four options have been considered: 2025; 2045; 2050; and anytime after.

The most ambitious target of 2025 is what the Extinction Rebellion movement is demanding (one of the network's three demands in the United Kingdom). While recognizing the political space the protests have created, this is an unrealistic target and the likelihood of this deadline being adopted is virtually nil.

There are good reasons to propose a target date of 2045, such as matching the ambition of Sweden and Norway and, through setting a stringent target, demonstrating leadership on the international stage thereby promoting itself as a global forerunner for international diplomacy on climate change. However, it is also important to recognize that the United Kingdom is not even on track to hit its fourth or fifth carbon budgets, so expediting the target date while simultaneously increasing ambition seems unlikely to happen.

All these factors considered, the most realistic target is likely to be 2050, as the Financial Times have alluded to. Further, this would require no change in primary legislation or formal revision of the 2008 Climate Change Act (PDF), whereas any deviation from 2050 is likely to necessitate the proposal of a new Bill or Act. 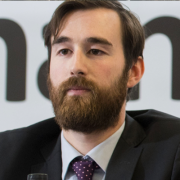 See all by Josh Burke