What electric vehicles can learn from solar

Across the country and around the world, unsubsidized solar energy is reaching cost parity with fossil fuels. The same cannot (yet) be said for electric vehicles when compared to gasoline-burning models.

While unsubsidized EVs have not reached cost parity with gasoline vehicles for the average driver, sales are surging in three Colorado counties with the help of a tactic that helped make residential solar more affordable to the mass market.

The idea: Engage EV manufacturers and dealers to see if the same rationale could be applied to pooled purchases of EVs.

It turns out that the logic can be transferable. Customers can take advantage of a discount up to $8,600 on a 2015 Nissan Leaf with Quick Charge Package and zero-percent financing for up to 72 months. The offer was originally through Oct. 31 and extended through the end of the year.

This pricing is lower than Kelley Blue Book’s estimated fair purchase price of $28,255, meaning the deal is not only pre-negotiated, but far below what customers could get by haggling. This deal doesn’t involve tax credits, subsidies, lobbying, handouts or regulation. It just involves pure business sense for consumers, dealerships and EV manufacturers alike.

The power of community buying

While EVs enjoy lower operating and maintenance costs than their gas-powered counterparts, their higher upfront cost can be a barrier to adoption — either through sticker shock or simply because customers lack the required initial capital.

There are already measures to address this barrier at the federal and state level in the form of tax breaks. However, these incentives weren’t driving EV adoption fast enough for these three communities. Boulder County, for example, has a goal to achieve an 80-percent reduction in greenhouse gas emissions from the transportation sector by 2050.

Part of the problem is that tax credits must be claimed at tax time, the spring following the EV purchase. But incentives available at the time of purchase have a far greater impact on EV sales. With the upfront discount, monthly payments are lower, helping to make the Leaf available to more consumers.

These economics evidently create a compelling incentive to go electric. In just two months, Boulder Nissan sold over 150 Leafs through the program, with more than 300 additional people in the pipeline. To put that in perspective, Boulder Nissan typically sells 15-to-20 Leafs per month (~10 percent of total sales), meaning that its Leaf sales have increased almost 300 percent during the program.

This volume of sales also highlights the benefits of pooled purchasing for Nissan corporate and the Boulder Nissan dealership — the corporate partners for this program. In our age of choices and competition, it’s now about creating marketing economies of scale.

While Nissan sacrifices some revenue by providing the discount, it’s saving on customer acquisition fees, marketing and even the transaction costs (and potential customer losses) spent negotiating vehicle prices with prospective customers. This marketing doesn’t stop when the deal expires, either. Thanks to the program, there are now 150 new Colorado Leaf owners and counting, spreading the word and dispelling public misconceptions about EVs. That is more powerful than any marketing campaign.

Nissan also benefits from the special type of publicity delivered through the program — community-based social marketing. Instead of Nissan itself promoting the deal, the program is promoted through a network of municipalities, universities, large employers and the newest Leaf converts.

Sending the message through a coalition of trustworthy sources — rather than from the company that stands to benefit from the sales — brings intrinsic integrity to the deal. Not to mention that packaging the Nissan Leaf alongside residential solar conveniently targets consumers who are already likely amicable to buying an EV.

It’s like putting chocolate bars at the checkout counter of supermarkets; the hungry customers are already there, and you just need to put the option in their line of vision.

While the deal on the Leaf sounds too good to be true, it simply required bringing together unlikely stakeholders with aligned interests to connect the dots on a public-private partnership that already made economic sense.

The huge success of the program also lies in the unique value added by each stakeholder in the chain. At the corporate level, the support to make bulk purchasing economics and logistics possible was driven by a forward-looking vision of an EV-dominated market and the need for a critical mass of EVs to drive this revolution.

At the dealership level, finding knowledgeable and EV-dedicated salespeople who understand not only the technology but also work to ensure it meets the customer’s needs, leads to Leaf owners who become EV ambassadors. And finally, at the grassroots level, the counties pursued and championed the deal as one that is truly for the greater good.

While Adams, Boulder, and Denver counties deserve credit for the novelty and boldness to pilot this idea, the beauty of the story is that it’s replicable across the country. All that’s needed is the will and openness to collaborate. 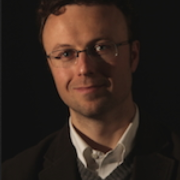 See all by Edward J. Klock-McCook