What to expect with the rise of climate litigation

At the recent World Economic Forum in Davos, Sir David Attenborough warned "the Garden of Eden is no more" and urged political and business leaders to make a renewed effort to tackle climate change before the damage is irreparable. As the business and political worlds look to address these concerns, litigation is increasingly being deployed to expedite action and, in the last five years, over 500 climate change-related cases have been commenced in courts around the globe. While the majority of action has been in the United States, claims also have been brought in numerous other countries including the United Kingdom, Colombia, the Netherlands, Australia and the Philippines.

Here are the key trends in climate change litigation to watch.

Governments increasingly are being held to their legislative and policy commitments on climate change.

In 2018 a landmark ruling, upheld by The Hague Court of Appeal, saw an environmental group and over 900 citizens succeed in their rights-based claim against the Dutch government (Urgenda Foundation v the Kingdom of Netherlands). Having been found to have both a constitutional duty and a duty under the European Convention on Human Rights to protect its citizens against the threat of climate change, the government must reduce carbon dioxide emissions by a minimum of 25 percent compared to 1990 levels. This is the first decision by any court in the world ordering a state to limit its greenhouse gas emissions for a reason other than statutory mandates. Although the Dutch government has announced its intention to appeal the ruling, it undoubtedly puts governments around the world "on notice" of the possibility of climate change claims against them.

Over 500 climate change-related cases have been commenced in courts around the globe.

The United States faces a similar lawsuit, brought by 21 young people claiming their constitutional rights to life, liberty and property have been violated by the U.S. government's continued use and promotion of fossil fuels (Juliana v United States). This claim is ongoing, having survived multiple applications for dismissal by the U.S. government.

The outcomes of these cases have the potential to alter and direct environmental policy and, ultimately, could result in an entirely new regulatory landscape for corporations and businesses in the oil-and-gas sector.

Claims of action against corporations

It is not just policymakers who are being held to account. Litigation against companies is also increasing, in the form of private legal claims.

The first European case seeking to clarify the responsibilities of oil and gas companies for climate change came in November 2015, when a Peruvian farmer, Saúl Luciano Lliuya, brought a claim against RWE, Germany's largest electricity producer (Lliuya v RWE AG). Lliuya's claim is based on an allegation that RWE contributed to climate change by emitting substantial volumes of greenhouses gases, contributing to the melting of a glacial lake near his town, thereby causing a flooding risk. A similar case (Kivalina v. Exxon Mobil Corp .& ors) was rejected by the U.S. Supreme Court in 2013, which found no evident causality. The court also held the subject of the case to be a political issue rather than a legal one. Nevertheless, if Lliuya's claim is successful, this likely will open the floodgates to widespread climate change litigation.

State-brought claims against energy companies are also becoming common. In July, Rhode Island brought a claim in which it seeks to hold 21 energy companies liable for causing climate change impacts, which are adversely affecting the state and its residents (Rhode Island v Chevron Corp & ors). Rhode Island claims the production, promotion and marketing of fossil fuel products along with "concealment of the known hazards of these products" caused Rhode Island's alleged injuries.

New York City revived its claim against multiple fossil fuel companies seeking costs for the measures it has adopted to protect itself and its residents from the impacts of climate change.

More recently, towards the end of last year, New York City revived its claim against multiple fossil fuel companies seeking costs for the measures it has adopted to protect itself and its residents from the impacts of climate change (City of New York v BP plc). The city alleges that the five defendants are responsible for 11 percent of carbon and methane pollution from industrial sources since the start of the Industrial Revolution. Based on claims of public nuisance and trespass, it seeks damages for the costs it has incurred and an injunction against further action.

Not only can such claims cause reputational damage to the defendant companies, successful claims may lead to court orders for an account of profits made by defendants and/or injunctive remedies restraining the operation of such companies in certain respects. This could have significant ramifications for energy companies and how they conduct business in the future.

Climate change-related claims are also being pursued by investors and activist shareholders.

At the end of 2018, nonprofit environmental law organization ClientEarth announced that it was suing a Polish utility company in which it owns shares, Enea SA (ClientEarth v Enea SA). The claim concerns Enea SA's approval to construct a coal-fired power plant and whether this breached its board members' duty to act in the best interests of the company. Specifically, ClientEarth argues the climate change related financial risks of the plant, resulting from rising carbon prices and increased competition from renewable energy sources, will harm the economic interests of the company.

Similarly, in August 2017, shareholders of a major Australian bank brought an action against the bank claiming it had failed properly to disclose in its annual report the risk of climate change resulting from a possible investment in a coal mine in Queensland (Abrahams v Commonwealth Bank of Australia). Following the directors' acknowledgment of climate change risk in a subsequent report, the shareholders withdrew their claim. Nevertheless, the claim demonstrates the increasing pressure on companies to disclose the business risks associated with climate change and the success of litigation-based strategies in dictating corporate action.

While the claims brought to date have had varying degrees of success, what is clear is that climate change litigation, in all of its varying guises, will increase in the coming years. That being so, it is imperative that all institutions, whether public or private, ensure they are prepared to deal with this imminent risk. 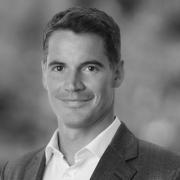 See all by Mark Clarke