Going green is not just a cliché when it comes to today's commercial building projects. It's becoming a way of life for architects, lighting designers, specifying engineers, electrical contractors and facility managers that are embracing LEED.

So, where does a facility manager fit into the LEED equation? No matter a building's use or age, a facility manager is most often the person whose task it is to evaluate the merits of a LEED project, make recommendations, be the primary project director and explain the program to facility occupants. This means it's important to understand the nuances of the various LEED programs that are available and the certification levels within each that can most realistically be achieved, along with technologies that can simultaneously maximize system design and reduce costs.

In each LEED program, certification is achieved by meeting various prerequisites and accruing supplemental credit points in several areas.

For example, one prerequisite of the LEED-NC Energy & Atmosphere component is meeting both the mandatory provisions and the prescriptive or performance requirements of ASHRAE/IESNA Standard 90.1-2004. This standard requires automatic lighting control for all non-residential buildings more than 5,000 square feet, including usage of time schedules or occupancy sensors.

Credit points add up to certification levels for all LEED programs. For LEED-EB: O&M, those levels are:

This means a key role for a facility manager is to determine which specific LEED certification should be pursued, along with the certification level that should be targeted based on available budget. Those factors will determine what technologies are deployed. Some may simply not be feasible for a variety of reasons, including cost and complexity, but because technologies like lighting control panelboards and occupancy sensors can be installed relatively seamlessly, and affects one of the largest electrical loads in a commercial building, it should be heavily considered by facility managers pursuing LEED certification.

What follows is a primer on lighting control-related prerequisites and credit points that can be earned for both LEED-EB: O&M and LEED-NC certification, along with information on technological advances that can help meet those needs. Space does not permit delving deeply into the nuances of all LEED programs; consulting the USGBC website ( www.usgbc.org ) or making contact with a LEED-accredited professional (LEED AP) are recommended steps. It also bears mentioning that working with a LEED AP can earn a credit point under both LEED-EB: O&M and LEED-NC.

Existing buildings come in all shapes, sizes and ages. This presents unique challenges to a facility manager contemplating LEED-EB: O&M certification, which focuses on the operations of an existing building; a significant renovation falls under LEED-NC. Environmental considerations present in new constructions -- such as site selection or choice of building materials -- are moot for an existing building. It's not going to be feasible to dig a tank under an existing building to hold rainwater, for instance.

Schedule-based lighting control, facilitated via a control module in a lighting control panelboard, lends itself to larger areas, such as manufacturing spaces, public areas and parking garages. Within that genre, Web-enabled lighting control systems have begun to gain prominence because of the sheer convenience they offer. Systems are currently available that allow managers of existing buildings to set a lighting schedule and make changes to any area within the system via a standard Web browser on a common desktop PC or laptop, instead of a dedicated workstation running proprietary software. That means a building manager can check system status at any time from virtually anywhere, even at night or on the weekend.

Such systems typically also include reporting features that document performance and can also automatically alert the building manager via e-mail if there is a problem or maintenance is required. For example, Web-enabled lighting control solutions from the Square D brand of Schneider Electric feature on-time counters that can track the number of hours a lighting system burns and then automatically notify the manager when a group re-lamping project should be scheduled. Notification is made via an e-mail sent to a computer, cell phone or pager.

But the most effective use of a Web-enabled lighting control system may be the ability to allow facility managers to set parameters that maximize the efficiency of the system, in order to gain critical credit points beyond the baseline ENERGY STAR rating of 69. For example, creating a stepped dimming schedule may be more efficient than scheduling the lights in a daylit area to simply turn off at a set time.

Occupancy-based lighting control can also weigh heavily in the Energy & Atmosphere area. Occupancy sensors manage lighting where occupancy isn't predictable, such as individual offices, restrooms, conference rooms and break rooms. They reduce wasted energy by shutting off lights in unoccupied rooms or areas, and typically employ an array of technologies to detect occupant motion, including passive infrared (PIR), ultrasonic and dual technology. PIR is a line of sight motion detection technology and are ideal for private restrooms and private offices less than 300 square feet and free of obstructions.

Ultrasonic sensors typically have greater minor motion coverage area and are perfect for areas where obstructions may be present and the coverage area must be larger.

Dual technology employs both PIR and ultrasonic motion detection to keep lights on.

It's important to note that the combined payback period for schedule-based lighting control panelboards and occupancy sensors typically fall in the two- to three-year range. This not only provides more value compared to technologies with a longer payback, but helps the manager of an existing building better manage costs related to the certification project.

While there are some similarities between LEED-EB: O&M and LEED-NC — which covers both new constructions and major renovations — there are some marked differences. As mentioned previously, ASHRAE 90.1-2004 is the prerequisite for minimum energy performance for LEED-NC under its Energy & Atmosphere area, instead of an ENERGY STAR rating.

Another is a credit point under the Indoor Environmental Quality area that requires individual lighting controls for a minimum of 90 percent of occupants; a credit point can be gained in LEED-EB: O&M if lighting control is available for at least 50 percent of occupants and 50 percent of workstations. Individual controls are becoming more common, including keypads, touch screens and remote controls that allow custom tailoring of light levels to suit individual occupant preferences. For example, systems are available that activate a pre-set lighting control scene appropriate for a specific situation, such as a computer-based presentation, to be activated with the press of one keypad button. After the presentation is over, another button turns all lights off, but if the occupants forget to hit that button, an occupancy sensor will do the job when it ascertains no one is in the room.

A credit can be gained under the Energy & Atmosphere component by developing a measurement and verification plan that tracks a new building's energy consumption over time, but it's important to know a little about equipment choices and suppliers. For example, metering equipment within the Square D Powerlogic line shares a common language (Modbus) and common interface wiring (RS-485 or Ethernet) with the Square D Powerlink NF3000G3 Web-enabled controller, making for seamless insertion into the building management system and the ability to monitor how much energy a building's lighting uses.

Web-enabled lighting control can also help gain a credit point for light pollution reduction under the LEED-NC Sustainable Sites component. There, non-emergency interior lighting must be automatically turned off during non-business periods, with manual override capability for those hours. Exterior lighting must only be used for safety and comfort, with lighting power density limitations for exterior areas (80 percent) and facades/landscapes (50 percent), all of which can be pre-programmed into a schedule-based lighting control system.

In order for a facility manager to be as prepared as possible when it comes to their role in LEED certification, being armed with as much information as possible is the best way to start. That should include consulting with a LEED AP, but when delving deeper into the specific nuances of LEED certification and product choices, particularly in the area of lighting control, consulting with a supplier that has both LEED project experience and solutions that meet certification requirements is a proactive step.

Scott Jordan, product manager of Schneider Electric, has worked in the company's lighting control business since 1992. 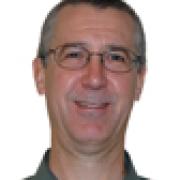 See all by Scott Jordan