One of the perks of being a graduate student at the University of Michigan was access to football season tickets. With this, I learned the various rituals undertaken by the student section on game day, including chanting, “who cares?” when opposing team players’ names are announced before each game.

This ritual still makes me smile for some reason, and is also a question many of us in the sustainability field ask during ratings and rankings season, which kicked off last week with the release of the Carbon Disclosure Project and the Dow Jones Sustainability Indexes. These results, like those in previous years, sparked a flurry of press releases by proud companies, angst in companies who fell short, blogs debating the merits and shortcomings of ratings, and consultancies offering their services to improve company performance.

But, who cares that company X was delisted from the DJSI, or that company Y made the CDP Leadership Index? This is a question SustainAbility is striving to answer through our latest round of Rate the Raters research.

The sustainability field cares -- a lot

Without question, those of us in the sustainability field –- company sustainability teams, think tanks, NGOs, consultancies, etc. –- care a great deal about ratings.

Companies spend considerable time and resources responding to ratings –- we know of companies who have teams in the dozens that are involved over months in some way in responding to DJSI. When companies do well, they zip off press releases to the effect of “Company X recognized as a sustainability leader” (Google “Dow Jones Sustainability Index” for a sample). When companies don’t do well, many take concerted action to make it back on the list.

Sustainability professionals put particular weight on the ratings announced last week, the CDP and DJSI. According to our just released survey of sustainability experts, these ratings are the two most familiar to experts and are amongst the top three in terms of credibility.

While every rating has room for improvement, CDP and DJSI have done much to earn their credibility. For example, CDP is fully transparent in how it scores companies and makes public its full results –- aspects that according to our survey contribute substantially to a rating’s credibility.

DJSI is widely recognized for its rigorous approach, in particular delving into the most material issues for companies (also recognized by our survey experts as a key driver of rating credibility). According to a DJSI Review Presentation, this is an area on which DJSI placed greater emphasis in 2012.

Beyond PR and benchmarking

In interviews with over 30 companies as part of our Rate the Raters research, the results of which we will release over the coming weeks, we asked sustainability professionals how they use and get value from ratings.

The two most common responses were to benchmark performance against peers and for the recognition by external parties. Only a few claimed to use ratings to take specific actions to improve business performance. Not one mentioned the influence of ratings on investors, nor did anyone mention that ratings have a positive impact on employees or business partners (including suppliers).

Our interviews support our survey findings, where most experts are using ratings for information (e.g. benchmarking) rather than action (e.g. making purchase or investment decisions).

In its release, CDP cites that its work has been done on behalf of 655 institutional investors representing $78 trillion in assets, while DJSI reports a number of major investors that license the DJSI. These data points lend the impression that investors are switched onto the sustainability agenda.

Yet it’s hard to square this with the survey Bloomberg released earlier in September that found that almost 50% of global investors believe that climate change will have “not much impact” on corporate profitability. From SustainAbility’s experience engaging with the financial community, the Bloomberg survey is closer to the truth.

But we are further exploring investor awareness and interest through a quantitative survey of investors we are conducting with Bloomberg as well as qualitative interviews with a select group, the results of which we will release in the coming weeks.

Getting more people to care

During the fourth phase of Rate the Raters last spring, we convened a number of raters and companies to discuss and debate the future of ratings. We covered important topics like transparency, standardization, materiality, etc.

Yet, I vividly recall one participant pausing at one point in the afternoon to opine that while the above topics were important, the real problem is that every rating faces a fundamental lack of demand by mainstream audiences –- consumers, investors, procurement departments, etc. -– and that we must work together to increase this demand. Wise words for sure, and something SustainAbility will continue to explore in our ratings research.

For the full results of our expert survey, we invite you to watch our summary video: 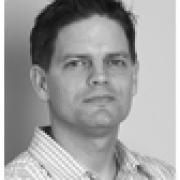 Getting investors to see the light

See all by Michael Sadowski