What Green Bond indices tell us

The green bond market is finally beginning to reach its potential as capital-seeking developers connect with yield-seeking investors at increasing volumes and scales.

The launch of numerous green bond indices during the last year is a sign of the market’s growing maturity. These indices are also playing an important role in driving demand for green bonds among institutional investors.

A year is a long time in the green bond world. Our article Awakening the Potential of Clean Energy Bonds, published in May 2014, focused on the barriers facing the clean energy bond market. We described a small, highly-fragmented market with enormous potential but limited attention from Wall Street. Despite a handful of successful offerings, institutional investors’ unfamiliarity with clean energy projects and a lack of recognition from ratings agencies was dampening demand.

Since then, a number of ratings agencies and financial institutions have stepped up to fill this gap in the market by launching indices exclusively covering green bonds. In July, S&P Dow Jones Indices launched two indices, the S&P Green Bond Index and the S&P Green Project Bond Index. Bank of America Merrill Lynch followed suit with its own index in October. Finally, the ratings agency MSCI partnered with Barclays to launch a suite of indices in November.

This activity has coincided with a dramatic growth in the market. Climate Bonds Initiative (CBI), an organization focused on mobilizing the global green bond market, reports issuance of green bonds grew from $11 billion in 2013 to $36.6 billion in 2014. Issuance is expected to jump to $100 billion in 2015.

What counts as green?

The International Capital Market Association’s Green Bond Principles and CBI’s Climate Bond Standards are widely used guidelines for determining whether a bond qualifies as green. Qualifying bonds must undergo third-party verification to show the proceeds directly fund projects with environmental or climate benefits. These include renewable energy and energy efficiency projects along with sustainable waste, water, transportation and land use initiatives.

Prior to 2014, the vast majority of green bond issuances had come from global development agencies such as the World Bank, the European Investment Bank and the International Finance Corporation. Yet the recent explosion mostly had been driven by the private sector in the form of corporate bonds, asset-backed securities and project and infrastructure assets. Additionally, municipal and local government green bonds make up a small but growing proportion of the total market.

What’s in an index?

As the market rapidly scales, indices are playing an important role in breaking down some major barriers facing institutional investors in the past — a lack of understanding of the types of green bonds and a lack of clear risk and performance data about them.

Julia Kochetygova, senior director of global equities and strategy at S&P Dow Jones Indices, explains this index is designed to capture “any shade of green — anything with green implications.” Of the 30 constituents currently included (with a par value of $11.6 billion), the majority have funded renewable energy projects. Often, these come from pure-play renewable energy companies that could qualify for green labeling but haven’t gone through the certification process.

Now that these broad indices have been established and the green bond market has achieved sufficient scale, Kochetygova is starting to see demand from investors for more sophisticated ways of analyzing the data. In response, S&P Dow Jones Indices is consulting with CBI, Infrastructure Credit Alpha and Trucost to develop sub-indices that break out performance by “shades of green” and other criteria.

How attractive are green bonds to investors?

The S&P Green Bond Index has returned 3.50 percent per annum over the last five years. The S&P Green Project Bond Index, which has a relatively high proportion of non-investment grade bonds, has returned 8.72 percent. While these returns compare favorably to the 3.46 percent returned by the S&P U.S. Aggregate Bond Index over the same period, Kochetygova said that making comparisons is difficult due to the uniqueness of green bonds.

Indices can be thought of as an important step in the maturity of the green bond market, improving transparency and providing investors with fundamental performance data. The next step is to widen the pool of potential investors by providing better ways to interpret this data and the ability to act on it.

“What we definitely need are investment tools … like exchange-traded funds (ETFs), index funds, or investment funds benchmarked against green indices instead of conventional benchmarks,” Kochetygova said. 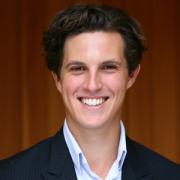 What it takes to finance the next generation of resilient power

How to tap the medium-scale clean energy market

See all by Michael Puckett