Hurricane Harvey has taught us many lessons, but the most valuable may be the oldest lesson of all, one we humans have been learning — and forgetting — since the dawn of time: how much we all have to lose when climate and weather disasters strike.

The risks we face from disasters depend on three factors: hazard; exposure; and vulnerability. In the case of Harvey, the hazard was the hurricane with its associated winds, storm surge and, most of all, rain. Houston is one of North America’s biggest metro areas, exposing 6.6 million people to this hazard. Finally, there’s our vulnerability to heavy rainfall events, in this case exacerbated by the city’s rapid expansion that has paved over former grasslands, overloaded critical infrastructure, challenged urban planning and limited evacuation routes. These three factors explain the immense costs associated with tragedies such as Hurricane Harvey.

As atmospheric scientists in Texas, we already know the hazards are real. Once the effects of Harvey have been added up, Texas and Louisiana will have been hit by more billion-plus dollar flooding events since 1980 than any other states.

We also know that many of these hazards are intensifying. In a warmer world, heavy precipitation is on the rise, which increases the amount of rain associated with a given storm. Sea level is rising, worsening the risks of coastal flooding and storm surge. At the cutting edge of climate research, scientists are also exploring how human-induced change may affect storm intensity and the winds that steer the hurricanes.

This is why catastrophes such as Harvey — in which every extra inch of rain can lead to additional damage and harm — highlight exactly how and why climate change matters to each and every one of us.

Why? Perhaps because the image we associate most often with a changing climate is not the devastation left by a flood in our own state but rather a polar bear perched on a chunk of melting ice or an African farmer bearing silent witness to the impacts of a disaster that’s taken place on the other side of the world.

As tragedy unfolds, we must focus on the immediate response. But in the weeks and months that follow, we need to remember that, despite our air conditioners, our insurance and the politicized discourse that suggests that the science is somehow a matter of opinion rather than fact, we are incredibly vulnerable to natural disasters — disasters that are increasingly being amplified in a warming world. Finding safety in Texas: Society as a whole needs to recognize the growing risk of extreme weather events from a changing climate. AP Photo/Gerald Herbert

What sensible, pragmatic, bipartisan steps can we take to increase our resilience to risks that a disaster such as Hurricane Harvey represents? This question must be asked, because the current administration has proposed cutting the budget of the National Weather Service and other agencies that study and forecast weather and climate disasters and has rescinded regulations designed to address rising sea levels when constructing infrastructure.

First and foremost, we should reduce our exposure and build resilience to the hazards we already face today. We can’t continue building in places that we know will flood. We need to build and modernize infrastructure to make our water management systems more resilient to both floods and droughts. We must continue to invest in the weather forecasting systems that provided advance warning and in the public services that build community resilience and provide disaster response.

Ultimately, though, even these practical steps may not be enough. In a changing climate, building capacity and resilience to cope with today’s risks leave us unprepared for future extremes. That’s why, in order to reduce the risk of disasters both here and abroad, we need to minimize the climate change that is turbocharging these events. And that means reducing our emissions of the heat-trapping greenhouse gases.

Here again Texas can lead the way. We’re already No. 1 in wind power production by state, thanks to targeted investments that boosted the power grid connecting cities with windy regions. And we’ve only begun to tap our abundant solar resources.

The innovations that energy companies have pioneered to build offshore oil platforms can inform the development of, and investment in, offshore wind turbines and their knowledge of producing petrochemicals could be applied to more sustainably produced biofuels.

There will always be those who claim that the costs of moving to cleaner energy sources and reducing carbon emissions are too high. But the U.S. has improved air quality in ways in which the benefits greatly exceed the costs and replaced ozone-depleting chemicals, all while the economy has grown.

Today, wind and solar power prices are now competitive with fossil fuels across Texas. Across the country, these industries already employ far more people than coal mining. Electric cars soon may be as affordable as gasoline ones and be charged in ways that help balance the fluctuations in wind and solar power. Only someone profoundly pessimistic would bet against the ability of American ingenuity to repower our economy.

Hurricane Harvey exemplifies the risks we all face — and a more dangerous future if we don’t take actions now. More people and vulnerable infrastructure exposed to more frequent and intense hazards equals even greater risk for us in the future. The time to rethink the equation is now. 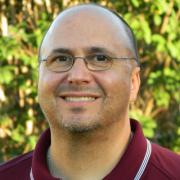 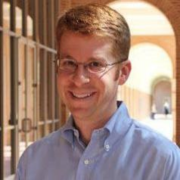 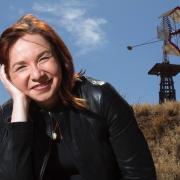 See all by Andrew Dessler