The opening day of the Business & Climate Summit here in Paris has taught me a few things.

Firstly that everything sounds better in French, even "changement climatique."

Secondly, that the French serve wine with lunch, even during a stuffy business conference.

These two factors raise my confidence that the major government negotiation due to be held here in December might actually work. COP21 will be filled with slightly buzzed delegates glamoured by sexy French accents.

Which could be great news. But my final learning from today is that business and government representatives are still worryingly naive about climate communications. And that could mean the difference between success and failure.

From an audience of hundreds I was lucky enough to ask the first question in the inaugural session:

What will motivate our 7 billion fellow citizens and consumers to act on climate change? The threat of climate chaos or promise of low carbon progress?

For me, this is a no brainer. Hope kicks fear's ass when we ask people to begin huge cultural and lifestyle changes.

Today's panel struggled with the actual question itself.

The CEO of the Carrefour supermarket chain argued that people need to feel and experience climate change directly.

The CEO of Statoil argued that most of us continue to be concerned mainly by the price of energy.

Other panelists worried about consumer perception of cost, or offered generational change as a solution.

These are all valid points. But they miss the huge potential of this event. Here in UNESCO’s auditorium are executives from the biggest, richest and most influential brands in the world.

The marketing budgets, creativity and public policy influence here is a potent mix. William Shakespeare coined an appropriate term for the power in this room; these brands are "the makers of manners."

The French President François Hollande implied this when he called on these businesses to ally with NGO’s to create a huge ‘low carbon action day’ during COP21. This is an intriguing idea. But not if they align only to say ‘we’re rather worried by climate change’.

I can imagine something very different. Not a day of action, but a day of expectations. The largest brands in the world, by which I mean business and NGO brands, setting out the future we expect to see:

And brands in partnership with their consumers could set the expectation for what those tipsy leaders in COP21 should deliver. 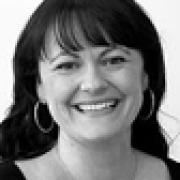