The firm launched its first ESG index in 2001 to support morally driven investment decisions such as divesting from tobacco or fossil fuels. Now, it considers issues including biodiversity, climate change and pollution.

When the index provider FTSE first started integrating environmental and sustainability factors into indices back in 2001, the landscape for environmental social and governance (ESG) investments looked drastically different.

At the time, most ESG investing was associated with morally driven investment decisions such as divesting from tobacco or fossil fuels, and many companies thought it was just a passing fad, said Tony Campos, who leads FTSE Russell’s ESG business in the Americas.

Just over 15 years later, Campos said interest in integrating ESG factors into investment decisions has evolved from something only a small group of investors cared about into a phenomenon that has become widely accepted by many companies and asset owners. "There is a broader recognition that these issues can have a material impact on company performance in their portfolio," he said.

While most focus on ESG investment issues centers on the strategies of large pension funds or asset managers such as BlackRock or CalPERS, an equally important and overlooked side of this evolution is the role of index and benchmark providers such as FTSE Russell or the S&P Dow Jones Indices.

Who is FTSE Russell?

Owned by the London Stock Exchange Group, FTSE Russell measures and benchmarks asset classes in more than 80 countries and across 98 percent of the investable global market.

For many clients, it’s about their investment decision making, which is not something that has a political agenda.

Its footprint actually combines products from two formerly separate companies. In 2015, the London Stock Exchange Group, which already owned FTSE, purchased the Frank Russell Company for $2.7 billion. And in 2015, the two index entities combined to become FTSE Russell, turning the integrated organization into one of the largest index providers in the world.

The FTSE4Good Index Series has been around since 2001, meaning that Campos and the firm have been able to watch and understand how to work with companies on integrating ESG factors; as well as how to deal with the challenge of quantifying and disclosing this information.

"Any industry representative would say that they see value in ESG. It’s not really about whether to do this; it’s about how," he said. "The phrase I typically use for corporate disclosure is that it’s the best it’s ever been, but it’s still not that great."

The FTSE4Good Index Series includes more than 15 benchmarks, based on research of over 3,000 securities in 46 Developed and Emerging markets. In order to be included, companies must have an overall ESG Rating of 3.1 out of 5 — that number is calculated using more than 300 indicators. Among the issues considered as part of that exercise are biodiversity, climate change and pollution. 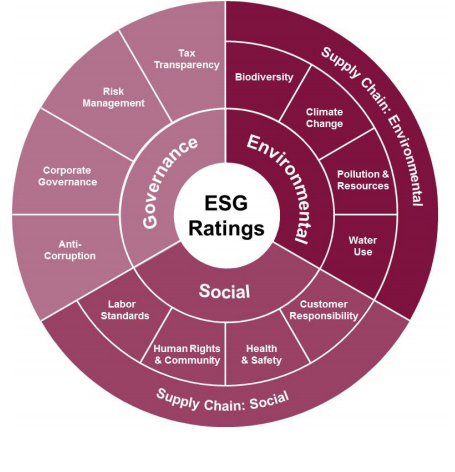 "We are not an investment manager," said Campos. "But yet, they (the companies) respond to us as if we were and sometimes even more so, since they really value their inclusion in the FTSE4Good Index."

Within the FTSE4Good Index, one of its larger benchmarks is the FTSE4Good Global Benchmark (PDF), which has over 839 constituents, or stocks and companies. The benchmark posted a year-over-year total return of 7.1 percent in 2016. Some of its largest U.S. holdings are Apple, Microsoft, Johnson & Johnson, AT&T and Wells Fargo.

In addition to the heightened scrutiny of ESG investing by both institutional and retail investors, the trend among some index providers toward integrating ESG information is being driven by the broader market shift from active investing to passive investing.

Passively managed funds commonly follow index funds, a type of mutual fund with a portfolio constructed to match or track the components of a market index, according to the investment website Investopedia. And, according to some reports, over 86 percent of active funds fail to meet their benchmark, or the standard used to measure the performance of the security. Hence the ongoing shift.

Campos said this move from active to passive has been beneficial to FTSE Russell, but it also shows that more investors are increasingly interested in something known as "smart beta." He describes smart beta as "designing indexes that can apply non-traditional weighting techniques that can capture traditional exposures."

At a time when the field of corporate sustainability is trying to adapt to the mood shift occasioned by a Donald Trump presidency, overall interest in ESG investing or ESG information doesn’t yet seem to be impacted by the Trump administration.

"This is a sensible way to improve the investment analysis. It is not about trying to achieve an asset goal or a global, societal goal," said Campos. "For many clients, it’s about their investment decision making, which is not something that has a political agenda."

Campos remarks fall in line with what others in the sustainability investment field are saying about the impact of a Trump administration on ESG investing: the underlying economics remain the same and demand hasn’t wavered much, despite Trump’s support for an expansion in fossil fuel projects.

In a previous GreenBiz article about green bonds, Meg Voorhes, director of research at US SIF: The Forum for Sustainable and Responsible Investment, noted that initiatives outside the federal government will have an impact on sustainable investing going forward.

"Even as the Trump administration signals that it’s going to pull back or try not to enforce the Clean Power Act, there are certainly plenty of initiatives at the state and municipal level that are going to continue to drive companies and investors," said Voorhes.