Replacing all the streetlights in New York City is, undoubtedly, no small job. When the idea of using LED lights citywide came up, however, the city was up to the task. After completing thorough testing in 2009, a project to replace all of the city's streetlights started to become a reality and NYC became a model for other cities to study and follow.

By 2019, when the project is completed, the city expects to see a 35 percent reduction in energy consumption for streetlights. We spoke with Margaret Newman, chief of staff for the NYC Department of Transportation, about the city's streetlight replacement project and what benefits it is expecting to see in the coming years. Newman will be a presenter at VERGE Boston, May 14, 2013.

Cindy Cesca: Can you tell me a little about where you are in the streetlamp replacement project and some of the details involved?

Margaret Newman: The Central Park installation was completed at the end of last year, which was about 1,500 fixtures on all of the pedestrian walkways. Those are important because they're historic fixtures. Basically, the fixtures were done so we could meet the city-mandated reproductions with the LEDs in them, so those were pretty tricky. On FDR Drive they are called cobra head lighting, or basic shoe lighting, which are out of the box and designed to do a specific task. We can order them from the manufacturer without modifying them.

CC: Did you have complications with the custom lighting in Central Park?

MN: Not at all. It was incredibly smooth. We had an 18-month pilot prior to putting these in, so we worked out a lot of the kinks during that time period. Montreal is looking to do a larger installation of LEDs and they don't really have any now. They were advised that extended testing isn't really necessary anymore because technology has caught up to a point where it's pretty reliable and predictable.

You can ask for a specification for a product and expect to get what you've asked for. We tested five different products in Central Park that had a range of energy savings from maybe 40 to 80 percent. It was very wide ranging and so now I think the range is somewhat narrower.

CC: What was the wattage used before the LED replacement and what is it now?

MN: We had 175-watt metal halide (lights) in Central Park and we went down to 90 watts. For FDR (Drive), they were 150-watt high-pressure sodium and those went down to 108 watts.

CC: In total dollars, what energy savings are you predicting?

CC: What is the lifetime of the bulbs?

MN: They're warrantied for seven years and so we know they're going to last that long. They're projected to be as long as 50,000 hours, which depends on how long they burn. Typically they're on 24 hours a day, and the warranty is good for only 7 years, but we think they'll last 10-12 years. They haven't been in place that long, so it's just a projection at this point. We're not sure what multiple winters and temperature changes will do. They seem stable, but no one can actually tell at this point.

CC: So when you launched these pilot programs, how difficult was it to get this project off the ground?

MN: I think it was medium difficulty. The engineers who do our street lighting tend to be very cautious and when you have a program as large as ours, where there's 300,000 light fixtures out there, you obviously don't want to put anything out there that doesn't work, and so they were cautious on a number of fronts. One was they weren't sure that the claims that were being made on the fixtures were real. When we started this, there weren't a lot of fixtures that delivered enough light.

And of course there was the cost factor. At the time we were testing they were very expensive relative to the other types of lights we were putting in, so the reason we're able to scale things up now is because the costs have come down so substantially since the time we started this in 2009 that we're now almost able to do one-to-one replacement at least with the cobra heads on FDR Drive. So they cost almost the same, just slightly more than the high-pressure sodium.

CC: Is that because you're buying them in larger quantities?

MN: It's partially quantity, but it's also because the industry is just that much further along. Costs have come down so substantially that we can consider with the energy savings actually you get payback periods of five years, seven years -- whereas before we were getting paybacks of like 14 years with no guarantee that the lights were going to last that long, so it didn't really make business sense to do it at that point.

CC: For municipalities looking to take your lead with LED, what would you recommend to help them manifest it?

MN: Well, I think the best thing is to get them on the street, somewhere, even in a limited area either as a routine replacement or one block, two blocks. What I recommend is to really evaluate your asset. A lot of cities don't even know what they have out there. It's amazing, but they don't even know the size of their inventory or what's in their inventory.

So before we started this, we really took stock in all of the different types of lights. What were the best places to start the project? Central Park was a really great place to start because it was limited in size. There was already some white light there so there were 20 fixtures we put in to test. You wouldn't necessarily notice the difference right away.

CC: With regard to the cost of LED citywide, what were those figures for NYC?

MN: We're phasing this in through 2019, at which point everything will be LEDs. Basically, by the end of next year, 2014, we will have spent $11 million, at which point we'd have about 34,000 fixtures out there, which would result in energy savings of $1.3 million, maintenance savings of $1.4 million and GHG savings of 3,190 tons. This would be along our highways and Central Park, FDR Drive, all of the so-called arterial highways. Projected by 2017, there will be replacement of an additional 200,000 HPS fixtures with LEDs, which will cost $80 million. Energy savings is expected to be an additional $8.5 million, maintenance savings $10 million and GHG savings of 19,380 tons.

CC: When you speak in Boston at VERGE on the growth and promise of the LED market, can you tell me a little about what your vision is for the LED market in the coming years?

MN: It's the obvious choice, the right choice. I think the technical quality and aesthetic quality is out there, so I think it's what the future is going to be for all cities. It's not a question of whether to, but a question of what and when and how to.

I think one of the things that people are interested in is that we found ways to pay for it based on projected energy costs. Basically, the way our budget office works is that they've agreed to fund these upfront, realizing that the cost savings that we will achieve by putting them in will essentially pay for them so they advanced us the money, sort to speak. Then some of them will go in as routine replacement, in other words.

CC: Has your department come up with solid sustainability goals with regard to lighting moving forward?

MN: The sustainability goals were set by the mayor's office, which was 30 percent reduction by 2017. Then also in facilities citywide there's a mandate to reduce to energy consumption, but I think with streetlights, if we can see 30 to 50 percent energy reductions, that's quite huge. We're looking at $15 million in savings citywide in terms of energy, so that's kind of big.

CC: In terms of the financing, who is funding the project?

MN: It's all taxpayer funding. It's either maintenance costs because we obviously have an ongoing budget for keeping the street lights lit, then some of it we know what our energy costs are going to be projected so if we can save money on that, then we save upfront on capital costs and that pays for the new lights. But New York City's been able to do this and project payment with taxpayer dollars. Not all cities are able to do that. There's different ways that they're finding. I think that's probably the biggest challenge for a lot of places, where the question is, how do you fund this change? 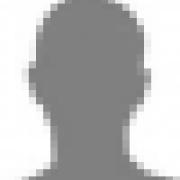 Planning for a sustainable future: Q&A with Helen Clarkson

Simple steps to a greener cloud

See all by Cindy Yoshiyama