What it takes to design products for the circular economy

A circular economy is designed to feed back into itself: A product of long-lasting quality is placed into the market; the byproducts from its manufacturing are repurposed; and the retired product is reused as much as it possibly can. This rebuilds capital and enhances the flow of goods and services, while bringing a manufacturer as close as possible to a zero-waste goal.

But that’s not how the vast majority of consumer goods are made today. Manufacturing contributes to what’s considered a linear economy, a straight line from manufacturer to retailer to the end user to the garbage dump when it’s no longer useful. Consumer goods in the linear economy are manufactured with planned obsolescence in mind — they are designed to become outdated or wear out in order to push a new generation of product or sell a replacement. The overwhelming majority of consumer goods today are built this way, from electronics and cars to fast-fashion clothing and textbooks.

A natural consequence of planned obsolescence is massive waste — wasted product when it’s thrown away and wasted energy used to produce more goods to replace the aged and broken ones. As the world becomes more eco-conscious, as the price of materials increase and as consumers begin to resist the too-soon expiry date of their goods, this economic model’s shortcomings becomes overwhelmingly apparent.

Transferring linear operations into a circular economy is no easy feat. It involves dynamically changing approaches to manufacturing, knocking out planned obsolescence and setting goals to minimize material and energy waste.

Typically, the thinking on how to translate this vision into reality follows one of two schools: The first advocates that products be designed to last forever, eschewing the concept of a product lifecycle; and the second argues that society — and producers in particular — must redesign consumer goods to facilitate comprehensive material retrieval and repurposing (recycling to the max).

I would contend that the quickest and most effective route to a circular economy can be found in a blend of both approaches: Longer-lasting products combined with innovative, closed-loop product resource ecosystems would give businesses the flexibility they need to incorporate the methods that best work for their operations, while bringing them closer to a zero-waste goal.

From planned obsolescence to planned permanence

Imagine a world where you aren’t forced to buy the next generation of a product because the current generation just stopped working. Imagine that all the items you purchased came with a lifetime guarantee, and when something goes wrong, it could be repaired. Imagine getting two decades out of a purchase instead of two years.

This type of product cycle is the complete opposite of planned obsolescence: Call it "planned permanence." The aim is to keep a product in the consumer's hands for a lifetime. This may seem implausible, but many highly regarded companies have embraced such an ideal.

For example, well-known companies such as L.L. Bean and Rolls Royce have unparalleled reputations owing to their commitments to products that will withstand the test of time. While Rolls Royce is known as a luxury brand, the argument successfully has been made that, over the lifetime, it’s really the most economical choice.

Sadly, over the last century, companies such as Rolls Royce stood firmly in the minority. But with consumers better informed and more environmentally conscious than ever, the market is being flooded with product-longevity-minded startups taking on mainstay practitioners of planned obsolescence. Companies such as bootmaker Blundstone, hoodie designer Flint and Tinder, apparel company Saddleback Leather and furniture maker Vitsœ come to mind.

In the linear economy, achieving zero waste is impossible: Raw materials constantly are extracted to feed the production line, and those materials end up in landfills when they break down. With a system for material reincarnation, however, manufacturers could design their wares with recycling, downcycling and upcycling in mind. In so doing, they can recapture and reapply capital, bringing the operation closer to a zero-waste, circular economy.

This model for material management actually has a long history and is regaining some popularity today. Before World War II, when Americans finished their bottles of milk, seltzer, juice or Coca-Cola, they would place them at a collection area outside their homes. The proprietor then would retrieve, clean and refill the bottles to deliver to the next consumer.

A similar model has been used for decades with ink cartridges. More recently, after much scrutiny for wasteful practices, coffee pod purveyors such as Nespresso and Keurig have embraced this approach. In the world of electronics, Apple has demonstrated an appreciation for the business value of material reincarnation, offering buybacks on all of its products in order to collect precious metals and rare earth materials.

When manufacturers recycle products, they break an item down into basic components that can be used in the creation of new products. Biodegradable materials have a clear way back into the circular economy as fresh inputs in their new forms.

Consider, for example, the reincarnation of used coffee grounds as an elusively dexterous robotic grip.  Even degraded food stuffs can be put to good use as compost used in the production of new food. The possibilities are limited only by the periodic table. An Indian coal plant, for example, recently claimed to have devised a way to break down its emitted CO2 waste, resulting in useful baking soda.

Non-biodegradable parts, however, present a unique challenge for material reincarnation. (I should note that while not all materials biodegrade, they still degrade. Biodegradation speaks to the chemical form of matter, while degradation speaks to its quality and structural integrity.) Because non-biodegradable materials exist in the same form as before but of potentially diminished quality, reapplications are restricted to a limited range of uses similar to their original product incarnations.

Nonetheless, progress marches ever forward and companies such as Apple have found a solution in salvaging non-biodegradable parts for future use. Recycled iPhones are separated robotically, with their copper, silver, gold and platinum components reintroduced into other products. Instead of an unwanted product sitting in a landfill, the components are parsed out and reused as the company sees fit.

Despite my mostly positive portrayal of planned permanence and material reincarnation, both approaches are, on their own, flawed. For either model to enjoy a serious chance for success, they would need to join forces.

For one thing, despite the elegant simplicity of the concept, complete planned permanence isn’t really possible. Most products simply can’t be made to last forever. Of course, there’s an infinite distance between the current reality of disposable culture and the goal of planned permanence. Much of that distance can be covered through improved manufacturing processes and a shift in perspective. But those improvements will be useful mostly for extending our linear economy.

To bring about a circular economy, we must acknowledge that while materials may inevitably degrade, they do not disappear. Degraded materials can be captured and plugged back into our economy in their transmuted forms. Even "lost" energy is not really lost, but most commonly discharged as heat.

But as material recapture and reapplication becomes more complex and more difficult the further we traverse down the degradation journey (think entropy and/or attenuation), this approach alone is also inadequate.

Biodegradable materials have a clear way back into the circular economy as fresh inputs in their new forms.

Planned permanence and material reincarnation both have virtues in pushing the linear economy closer to a circular model. To get where we want to go, we will need to strive to manufacture long-lasting "forever" goods while also acknowledging that we always will come up short. This acknowledgment lays the foundation for contingency planning in the form of closed loop product planning and resource management.

This vision addresses two separate issues: achieving true sustainability; and creating a zero-waste system that puts as many byproducts to work as possible.

A great example of these schools of thought coming together is the Ara modular phone, a project that Google flirted with over the past two years but it isn't currently planning to bring to market. The phone essentially was designed to last forever — the idea was it could be upgraded continuously, with the component parts designed to be swapped out as needed and reintroduced into the manufacturer’s resource ecosystem. The vision behind Ara clearly was designed with forethought and is one that — in my opinion — represents a model to emulate in our pursuit of a practical, dynamic and flexible circular economy.

Yaniv Vardi is CEO of Panoramic Power, a technology company that specializes in device level energy monitoring and performance optimization. He oversees the day-to-day operations of the company as well as provides vision, strategic direction and focused execution to Panoramic Power. 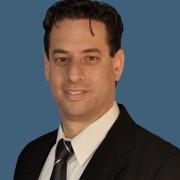 See all by Yaniv Vardi