As early as 1968, Whitney Young Jr. stood before the American Institute of Architects and admonished the profession for not taking on racial injustice, saying, "You are not a profession that has distinguished itself by your social and civic contributions to the cause of civil rights, and I am sure this has not come to you as any shock. You are most distinguished by your thunderous silence and your complete irrelevance. Now, you have a nice, normal escape hatch in your historical ethical code or something that says after all, you are the designers and not the builders; your role is to give the people what they want. Now, that’s a nice, easy way to cop out. … It took a great deal of skill and creativity and imagination to build the situation of [segregated neighborhoods] we have, and it is going to take skill and imagination and creativity to change it. We are going to have to have people as committed to doing the right thing, to inclusiveness, as we have in the past to exclusiveness."

As architects, designers and planners, it is an uncomfortable realization to feel even the slightest responsibility for the social inequities in our communities. The disparities in quality of life indicators such as income, wealth, educational attainment, incarceration rates, health outcomes and life expectancy are all drastically skewed toward Americans who are white and against Americans of color. What role could architects possibly play in this?

For the last decade I’ve been focused on the various ways the built environment, and architecture in particular, reinforces and contributes to social inequity. I’ve primarily done this through research, teaching and exploration through practice. I began my career as an architect focused on sustainability, and, like everyone else in the sustainability movement, was taught the foundational definition of sustainable development from the Brundtland Commission: "Sustainable development is development that meets the needs of the present without compromising the ability of future generations to meet their own needs."

Throughout the early part of my career — after working on dozens of LEED Platinum and Gold buildings, zero-energy buildings, zero-carbon plans for entire cities, sustainability strategies for Fortune 500 companies — I came to see that what we were doing was not living up to that definition. All around me, despite the amazingly high performance and sustainable projects we were creating, I saw people in my community who were struggling to obtain even the most basic needs of shelter, food, medical care and education.

Despite the amazingly high performance and sustainable projects we were creating, I saw people in my community struggling to obtain even the most basic needs.

I revisited that definition and saw that what we had been doing was not meeting the needs of today. At best, we have been meeting the "wants" of today for some, in a way that allows them and others like them to continue to pursue their "wants" in the future. As a profession and a movement, we’ve become extremely good at delivering highly efficient, healthier and more comfortable buildings. But the sustainable design movement has been so focused on pursuing those aspects of sustainability, and perfecting our collective ability to deliver them, that the achievement of those aspects has become the de facto goal in and of itself. We have stopped asking ourselves, 'What is it we are really trying to sustain?'

A critical look at the successes we’ve collectively had in the sustainable design movement over the last decade would suggest that while we are making great strides toward a healthier, carbon-free built environment, those successes are not equally available to all. In fact, many of our greatest successes are quite elitist. Despite our Venn diagrams and three-legged stools of people, planet and profit, we seem to have focused on the planet and profit portions of these through what I call a "trickle-down" equity framework.

The logic of trickle-down equity is this: I’m working to solve climate change, which affects everyone, and affects the poorest and least advantaged the most. Therefore, my zero-energy building is very equitable. Meanwhile, every day in the very same communities where our greatest sustainable buildings exist, people are struggling with issues of poverty, racism and other social injustices. Unless we begin to make equity our goal, all of our successes in the sustainable design movement will only serve to sustain inequity.

I often reference the racist bridges of Robert Moses to help illustrate both the potential for the built environment to contribute to these problems, and raise the question of what our role as architects, designers and planners today can be.

Robert Moses, the infamous figure whose vision shaped the built environment of New York throughout the 1930s and into the 1970s and '80s, has been chronicled as "the most racist human being I had ever really encountered" by his biographer Robert Caro.

Unless we begin to make equity our goal, all of our successes in the sustainable design movement will only serve to sustain inequity.

In Caro’s Pulitzer-Prize winning biography of Moses, he relays a famous story about Jones Beach and Moses’ intention to prevent poor people, particularly poor people of color, to be able to use the beach. To achieve this, Moses lobbied for legislation and policies to make it uncomfortable, difficult or discouraging for people of color to access the beach. But he didn’t stop there. According to Caro, he built as many as 180 bridges over the main access drive that were too low for buses to pass under, because "Legislation can always be changed. It’s very hard to tear down a bridge once it’s up."

Literal, structural racism is pervasive throughout our built environment. The racist ideologies of segregationists who were also the planners, architects and policymakers of the day shaped the fabric of every major urban center in the United States, from race-based zoning to red-lining practices to urban renewal projects. As Young said, architects "share the responsibility for the mess we are in, [in] terms of the white noose around the central city. It didn’t just happen. We didn’t just suddenly get this situation. It was carefully planned."

The receptiveness to this kind of conversation has increased over the last few years, but we still have a long way to go. Healing the entrenched racism of decades past is a big ask for an architect, and even if we want to do something about it, we often feel helpless. In almost every conversation, I hear a similar response, "But it isn’t in my scope of work as an architect to address these things."

Controlling scope creep is one of the culturally ingrained practices that architects have adopted — in part out of necessity to protect fees and time, but also in part as our "nice, normal escape hatch" — to alleviate our responsibility in addressing the most complicated and entrenched problems of our time.

Still, it is true that our current definition of scope and purpose for architecture does not involve civil rights or social justice. Indeed, there are still echoes of our collective "thunderous silence and complete irrelevance" from 1968. Now, 50 years later, we could do more harm than good if we overstep and overestimate our ability to address some of these issues.

What I propose is a massive change to our scope and mental framework of what it means to practice sustainable development. But how?

Just as my investigation of these issues began with sustainability, we can look to that movement and our success there for inspiration. In the 1990s — before LEED, before the Living Building Challenge, before the contemporary sustainability movement — addressing climate change was not a part of an architect’s scope of work. Then we began to see "sustainable design services" as additional services, the domain of specialty consultants and Sustainable Design Leaders at large firms. Finally, just a few months ago, the AIA amended the professional code of ethics to require members to "consider the environmental effects of their project decisions."

We have stopped asking ourselves, 'What is it we are really trying to sustain?'

Solving climate change has gone from not in our scope to being a requirement in less than 30 years. We made this drastic shift once we realized the way that architecture contributes to the problem, and we adopted climate change as our cause. As a result, we changed the entire design process, we changed our specifications, we changed our contract language, we changed our fee structures, we collectively created a new type of consulting firm focused exclusively on sustainability services, we created new job descriptions and roles, new professional credentials, created new metrics, and invented green building rating systems. But that’s just within architecture. We’ve also changed what is taught in schools, the way we practice engineering, how buildings are constructed, how they are financed, the way they are operated and permitted, how we write zoning policy, the way energy is produced and billed, and even how products are manufactured. We changed things that are very much not in the scope or job description of an architect.

We changed all of those things not as an individual act of architecture, but by enrolling other advocates in their respective fields to help us. We talked about climate change and the way the built environment contributes to it, and together, we changed everything.

It is long past time for us to do the same with social justice. The built environment enables and contributes to the inequities we see in our communities, and we need to recruit sociologists, historians, community organizers, public health professionals and many others to help us reinvent everything.

Drawing inspiration from Young yet again: "The decent people have to learn to speak up, and you shouldn’t have to be the victim to feel for other people. …  An ancient Greek Scholar [once said], ‘We shall achieve victory in Athens and justice in Athens when those who are not injured are as indignant as those who are.’ And so shall it be with this problem of human rights in this country." 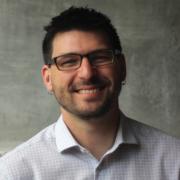 See all by Shawn Fisher Hesse