A few years after Coca-Cola established a manufacturing plant in southern India, the company got itself into hot water as local wells began drying up. Although no conclusive proof about whether the beverage giant was to blame ever materialized, the event resulted in the plant's closure after just five years of operations and fed into anti-Coke campaigns.

The company learned an important lesson and continues to make progress in reducing its water usage. But Coca-Cola's experience highlights the dangers of ignoring natural resource constraints. Water in particular has become an increasingly strategic risk for corporations, governments and investors. Organizations that don't pay careful attention to the growing impact of this stressed resource can be sent in a tailspin.

That's why the environmental think tank World Resources Institute (WRI) is coming out today with a global water risk map. It allows organizations to better assess the kinds of risks associated with water in almost every part of the world. Big corporations have already begun using the tool, with McDonalds requiring 353 of its suppliers to assess their water risk and Procter & Gamble using it to understand water risk at each of its manufacturing sites.

"All these indicators on the map let us aggregate them together to create an overall picture of water risk around the world," said Robert Kimball, outreach associate for Aqueduct at WRI, in a press call held earlier this week.

The map and indicators are customizable, so a company can choose different indicators as higher priority risks over others. The map will look different for, say, a mining company compared to a semiconductor manufacturer.

The map could be especially useful for companies looking to reduce risk in their supply chains, said Betsy Otto, director of Aqueduct at WRI. If companies are sourcing ingredients nearby in a high water risk area, they could make investments in local farmers in a way that reduces water stress and helps keep their supply chains running smoothly.

Photo of dry faucet provided by Evlakhov Valeriy via Shutterstock.

At Goldman Sachs, many of the firm's clients are looking at supply chain issues and how water issues can disrupt these chains, said Kyung-Ah Park, head of Goldman's environmental markets group.

"Water is becoming a strategic issue for clients," said Park. "We can leverage a tool like this to be able to have more informed dialogue with clients about water risk issues for financing and investment decisions."

Recently, Bank of America Merrill Lynch used the risk maps and data for a research report on water risk for investors. The report goes through many of the constraints the resource is facing, "with half of the world's population living under conditions of 'water stress' by 2030."

The tool has been in development for three years and includes feedback from more than 20 water risk experts from NGOs, academia and government. An impressive list of corporate giants also partnered with WRI on the project, including Goldman Sachs Group Inc, Bloomberg LP, Dow Chemical Company and Procter & Gamble Company.

An earlier iteration of the map, released in 2010, included only targeted individual water basins, whereas this updated map is global.

Earlier versions of this map were well-received, and continue to be used. In the past six months, 11,000 unique users have used the original version of the map.

Already, companies have been committing to using the tool in how they manage operations. Late this past year, for example, McDonalds started requiring 353 of its suppliers to report back on their water risk according to the map on their environmental scoreboard.

"Incorporating the Aqueduct tool into the scorecard is an important step to advance our dialogue with our suppliers beyond efficiency to include water risk and overall stewardship," said Townsend Bailey, a sustainability manager of the worldwide supply chain at McDonalds.

Consumer goods giant Procter & Gamble is also using the maps and data for its water risk assessment strategy at all of the company's manufacturing sites.

“Water is an incredibly important part of both the manufacture and use of P&G brands," said Len Sauers, vice president of global sustainability at Procter & Gamble, in a statement. "We want to make sure all of our operations are in locations that are best for both our business and the environment.”

Despite the growing consensus among corporations and governments that water issues pose a major risk in today's world, the amount of publicly collected data on water remains limited, especially on ground water. Those limitations mean the public data used for the global water risk map is from 2010.

"As important as water is," said Aqueduct director Otto, "it's given very little attention." 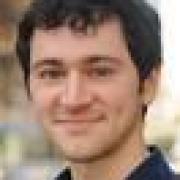