What NASA's 3D printing in space means for life on Earth

The first object 3-D printed in space is a rather pedestrian faceplate for a printer’s extruder casing installed in the International Space Station. It was certainly a historic moment, despite the plebian nature of the product, for it untethered the space station from manufacturing centers on earth and allowed a remote machine to make its own parts.

Announced Nov. 25, the technology demonstration was a joint venture of the National Aeronautics and Space Administration and Made In Space, Inc., a private manufacturing company that has worked with NASA to design, build and test the 3-D printer. Made In Space is on the campus of the Ames Research Center in Moffett Field, Calif.

In the high-stakes game of space exploration, this is an important step toward greater autonomy for craft and habitations. Indeed, the entire endeavor of human space exploration might be seen as the pursuit of greater machine autonomy in order to negotiate this vast and challenging environment. Space exploration, in turn, has offered one of the most compelling applications of research toward robotic autonomy and additive manufacturing.

The space program has great relevance to our improvement of sustainable design and manufacturing. Think about it. Extreme environments such as space are a proving ground for things that work. The constraints found there, although extreme, are remarkably similar to those we find here on “Spaceship Earth”: limited materials; space; time; and energy. The need to do more with less is fundamentally the same. 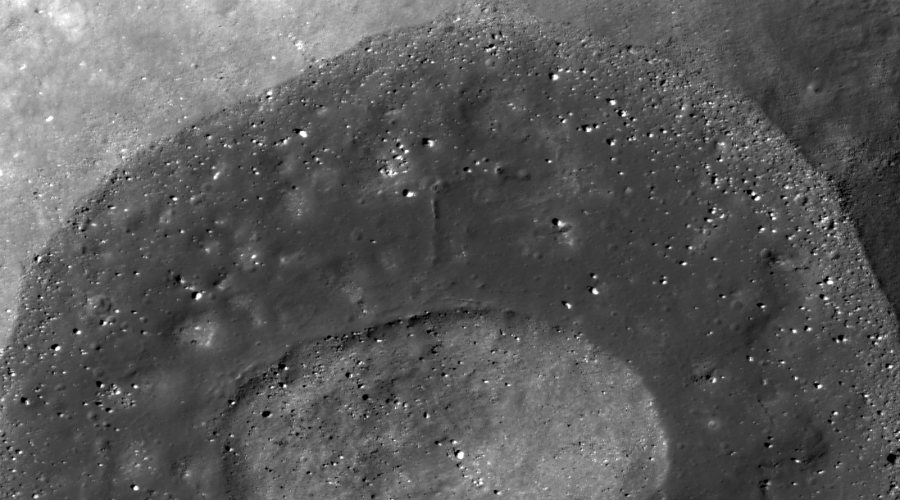 Additive manufacturing in space can be applied in several areas. Here are four domains beyond earthbound manufacturing where NASA has shown interest: the building of remote structures; the self-repair and replication of parts; the printing of biomaterials; and the provision of food.

Contour Crafting, the company formed by Behrokh Koshnevis of the University of Southern California, recently won NASA’s 2014 Design the Future contest. Contour Crafting is an additive manufacturing process for constructing entire buildings from extruded cement that is shaped by a computer controlled troweling mechanism. This would allow for the use of local materials such as moon dust, or regolith, as stock for the construction. It also would allow either automation or remote control. 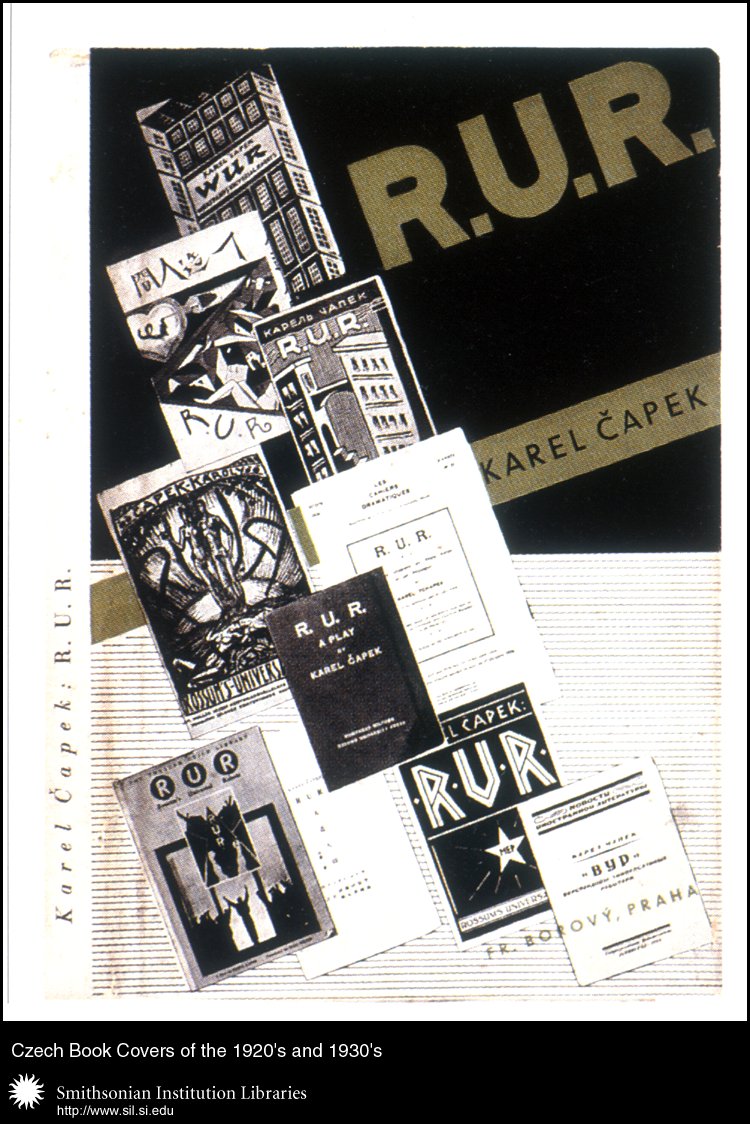 Schemes also have been proposed for the use of solar reflectors to sinter moon regolith into a hard surface to build upon and the mining and use of the regolith to build structures robotically. NASA’s Innovative Advanced Concepts program, formerly Institute for Advanced Concepts (NIAC) of the Space Technology Mission Directorate, has extended the investigation to assess the feasibility of mining asteroids.

Can machines do it themselves?

Self-replication long has been considered the sine qua non of long distance travel in space, and NIAC has funded studies at Cornell, Johns Hopkins and General Dynamics. The scale of such applications ranges from machine parts to the establishment of hospitable ecosystems on barren sites.

It seems inevitable in this developmental trajectory that just-in-time self-diagnosis, repair and replication will be close behind. These have been long held aspirations of futurists such as mathematicians John von Neumann and Edward F. Moore and physicist Freeman Dyson.

Robert Freitas's 1980 seminal study of self-replication quantified the retrofitting of a contemporary project, Daedalus, with subsystems needed for self-replication. The study described the launching of a space probe containing a so-called seed factory capable of reproducing and launching yet another probe with another seed factory from a distant planet, ad infinitum. This type of device generally has been called a von Neumann probe, and it's the subject of many proposals and works of science fiction. NIAC has sponsored a large body of subsequent research into automated factory systems, self-assembly and other strategies to support its aeronautical mission.

Biomaterial manufacture using 3D printers is of interest in space because materials such as wood and silk are extremely useful but difficult to transport. A team at the Office of the Chief Technologist at the NASA Ames Research Center and Stanford University is investigating the printing of biomaterials. 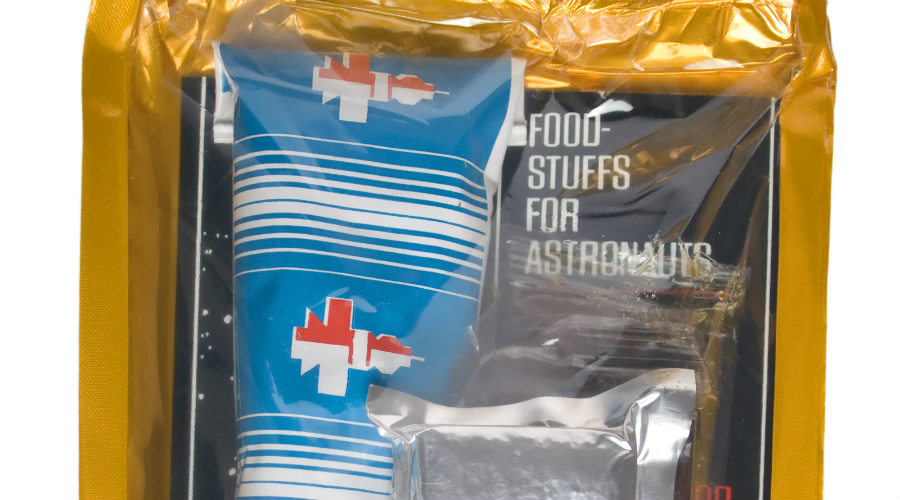 In theory, 3-D printing could add variety to astronauts' diets.

The impetus of such study is the need to reduce equipment and material “upmass” on a ship leaving earth by using local materials at the destination and creating things as they are needed. The ultimate goal is to print structured arrays of engineered cells to deposit or excrete biological materials in patterns that create useful biomaterials. The team also hopes to advance new ways of manufacturing and perhaps discover new composites.

Providing food to crewmembers on a long deep space flight is a challenge. A trip to Mars, for example, is calculated to take five years with our current technology, and the food system now employed will not be able to meet the nutritional needs of that crew. Refrigeration and freezing take up too many resources, and individually packaged long-shelf-life products are made with processes that severely degrade the micronutrients in the food. Systems and Materials Research Consultancy of Austin, Texas, is investigating the use of 3-D printing to provide a new alternative. This work is still years away from being tested on an actual flight.

Building the future in space

Additive manufacturing developments made in the space program will continue to advance both sustainable design and bio-inspired design. Additive manufacturing is enabling capabilities that are by their very nature biomimetic; self-replication is perhaps the best example. Going local, light and flexible are all objectives being pursued at NASA through 3-D printing and the results will continue to reap benefits for green design here on earth.