It’s heralded as the first significant environmental legislation out of Congress in the last quarter century, a rare bipartisan accomplishment that will protect Americans from toxins.

But it’s also described as unnecessarily weak, with enforcement stretched so far into the future and funding so murky that it may do little to prevent the public — including children who sleep in flame retardant pajamas or sip from chemical-ladden plastic cups — from exposure to harmful substances for many years to come.

Under either viewpoint, when President Barack Obama signed the Frank R. Lautenberg Chemical Safety for the 21st Century Act Wednesday, it put into force a long awaited and debated update to the Toxic Substances Control Act (TSCA).

That law left untested for safety all but a couple hundred of the 80,000 chemicals registered for commercial use in the U.S. today. When TSCA was passed 40 years ago, 62,000 chemicals in commercial use were just grandfathered in. And as hundreds of new chemicals entered the market each year afterward, only a handful got reviewed by the EPA.

By comparison, the Lautenberg Chemical Safety Act gives the EPA authority and means to review all commercially used chemicals and requires it to review any new chemical introduced to the market, using standard assessment tools to measure risk of injury to human health or the environment. 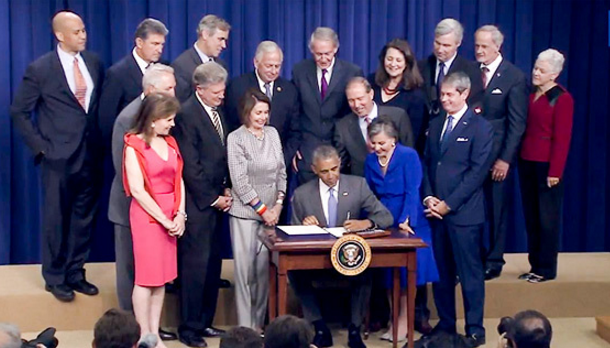 That change, to ferret out toxic chemicals and discourage or ban their use, could spur product development and innovation in green chemistry, "generating more incentives for companies to invest in safer chemicals when designing products," wrote Environmental Defense Fund Executive Director Diane Regas in a blog post after the signing.

For the first time, chemical ingredients in everyday products — including shampoo, baby soap carpets, flooring, clothing and bedding will begin to be regulated — or will be in about five years when the first compliance deadline must be set. Until now, such regulation only came about after legal challenges or when the EPA could prove exposure to a substance held 'unreasonable risk' to human health.

"It’s huge," said Maureen Gorsen, a partner at the Alston & Bird law firm which specializes in environmental law, natural resources and environmental regulatory compliance. "A giant swath of the economy" that has been lightly regulated will fall under the authority of the EPA for safety reviews of its products, she noted.

A giant swath of the economy that has been lightly regulated will be under the authority of the EPA for safety reviews of its product.

The chemical industry is one of the largest U.S. industries, with $800 billion in sales in 2014.

For businesses, the pressure they've felt from consumers to create green, non-toxic products will be supported by a regulatory framework, affirming their innovative attempts.

"A modernized TSCA will provide companies like P&G with a clear, consistent, science-based regulatory system that will allow us to continue innovating products that improve the lives of our consumers," said Procter & Gamble Chief Technology Officer Kathy Fish. P&G is one of the companies trying to exclude health and environmental toxins from its product line.

"For the first time in 20 years, we are updating a national environmental statute," Obama said at the signing ceremony. "For the first time in our history, we’ll actually be able to regulate chemicals effectively. And we’re doing it in the same, overwhelmingly bipartisan fashion as happened with those pillars of legislation to protect our air, and our water, and our wildlife."

To the dozens of NGOs that advocated for stronger chemical safety regulations and for the businesses that have been innovating greener product solutions regardless of a lack of regulation, the law could be a shot of adrenalin.

The old law "not only failed to protect Americans from toxic chemicals; it failed to provide the private sector incentives for investing in safer and sustainable alternatives," Regas of EDF wrote. "The reforms passed by Congress will begin to transform the marketplace."

What the law does

Under the Lautenberg Chemical Safety Act, the EPA has authority to review all commercially used chemicals and is required to review new chemicals being introduced to the market, using yet-to-be-created assessment tools for risk of injury to human health or the environment.

The EPA’s enforcement options under the law include requiring labeling of products and banning the use of chemicals.

But those tools have yet to be made and even a definition of safety is yet to be determined. The EPA’s first order of business will be formulating those risk assessment and safety standards. The law gives EPA a year to do so, in which time the agency can update its inventory of high-priority chemicals, making them first to be tested. Meanwhile, public hearings will take place.

But the review schedule is slow: The EPA will review a minimum of 20 chemicals at a time and will have seven years to complete each review. Then, industry has five more years to comply with whatever rule that review determines. If a chemical is under review by the EPA, states will be preempted from regulating or keeping that chemical from the market for at least three years or until the EPA review is complete. 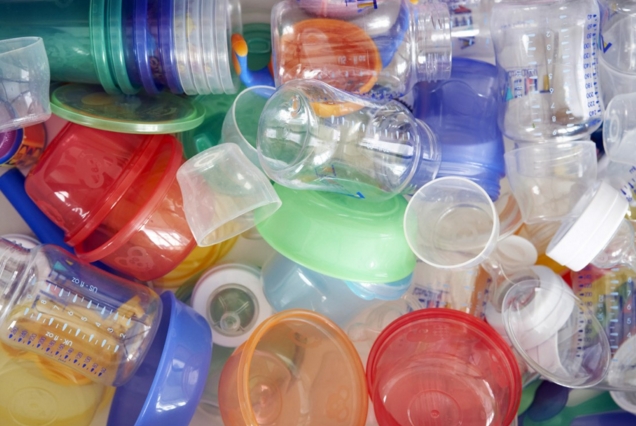 "At most 20 chemicals a year" will be reviewed out of  80,000 in commercial use whose properties are not well known, complained Charles Margulis of the Center for Environmental Health. At that rate, it will take centuries to review all chemicals found in consumer products.

And some argue that it weakens existing defenses against toxins in the seven states with existing chemical safety regulations, including California and New York. That's because the EPA's work in reviewing a chemical would preempt state regulation of that chemical for at least three years.

The Lautenberg Chemical Safety Act — named after the late New Jersey senator who championed it — took so long in coming that the market itself has become a better regulator of sorts.

Mega-retailers Walmart and Target each have established business practices of eschewing products with toxic ingredients. They have market power — Walmart operates 6,200 stores and Target about 1,800.

Procter & Gamble began systematically eliminating chemicals from its products that could injure human health or the environment. P&G eliminated phosphates from its detergents in May. 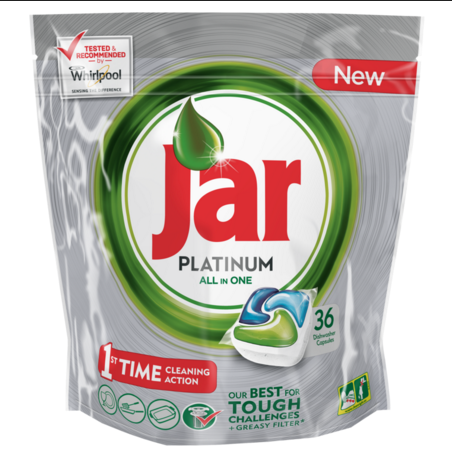 Spurred on by consumer demands, more companies have come to scrutinize product ingredients in a way that used to be reserved for food. The Chemical Footprint Project movement sprang up as a coalition of groups advocating for consumer protection from toxicants in products. The success of brands such as Method are testimony to the marketability of less-toxic products.

Richard Liroff, executive director of the Investor Environmental Health Network, has urged investors to keep up the pressure.

"The bottom line is we should keep doing what we’ve been doing, and especially step up our game on promoting chemical footprinting, because at the end of the day, the true impact of TSCA reform will turn less on whether various provisions are stronger or weaker or unchanged from the existing miserable TSCA and more on the political context of the new law’s implementation," Liroff said he told his investor network.

"Companies that fail to systematically assess the chemicals in their products and their supply chains — putting in place management systems to set goals, gather data and track progress — still pose a greater risk for investors than companies that take such steps," Liroff said.

Still, consumer product companies praised the law as a sign of the government finally stepping up.

“We believe [[the Act]] will enhance consumer confidence in the safety of ingredients used in everyday products by strengthening the Environmental Protection Agency’s regulatory system,” said Fish, Procter & Gamble's CTO.

"We welcome the enactment of H.R. 2576 which will increase protections for U.S. consumers from unsafe chemicals, eliminate the current patchwork of regulations and help ensure that retailers are able to provide high quality, safe products for all American consumers." RILA was among the business groups at the table building legislative and business support for an update to U.S. chemical safety law.

Initial funding to develop the regulations will have to come from Congressional appropriations to the EPA — a plan fraught with a history of the Republican-led Congress seeking to chip away at EPA funding. The law stipulates that after enforcement begins, chemical manufacturers will pay a fee to have new chemicals reviewed. The law describes those fees as the ongoing funding source of the review process.

The act had broad bipartisan support — the House passed it by 403 to 12 vote in May and the Senate with a unanimous voice vote in June — so perhaps funding for chemical regulation will have better luck than funding for other EPA functions.

Its imperfections and compromises are what got this law passed, said Richard Denison, the EDF's lead senior scientist.

"The new law is built on carefully crafted compromises, classic in the sense that no one got everything they wanted but everyone got something, and not just overall but in each major section of the law," he said in a blog post in early June.

Whatever the balance of its merits and demerits, the new law is an unquestionable improvement from the TSCA.

As Obama said, "The system was so complex, it was so burdensome, that our country hasn’t even been able to uphold a ban on asbestos — a known carcinogen that kills as many as 10,000 Americans every year. "