A tipping point is easy to define. It’s when the momentum shifts, when a threshold is reached and previously piecemeal changes turn into something much more significant. But what does it feel like to actually experience a tipping point? How would we know if we were at a tipping point now?

There’s no certainty, and without doubt a huge number of very powerful countervailing forces are still at work. But there are many signals that the tipping point in renewable energy is with us. Three sets of signals broadly suggest this.

We’ve watched the cost of renewables coming down year-on-year for some time, and this trend is continuing, making renewable energy look more attractive — and centralized, fossil-fuel based energy less attractive — by the day.

Solar energy has been price-competitive with average grid electricity costs in Germany, Italy and Spain for a few years. Onshore wind power has achieved cost parity with the most expensive coal power plants in Europe. According to Citi Research, “Costs for solar and wind energy are falling rapidly, with learning rates of around 30 percent for solar and 7.4 percent for wind.”

This year, consumption of coal dropped in China for the first time in a century, by a few percentage points, despite the Chinese economy continuing to grow over 7 percent. The Indian government is investing in a renewable energy future, with financing of solar projects attracting five times more capital than coal in the last quarter. And Germany continues to amaze, with 74 percent of its electricity coming from renewable sources on one day in May this year — not bad for the world’s third largest economy. 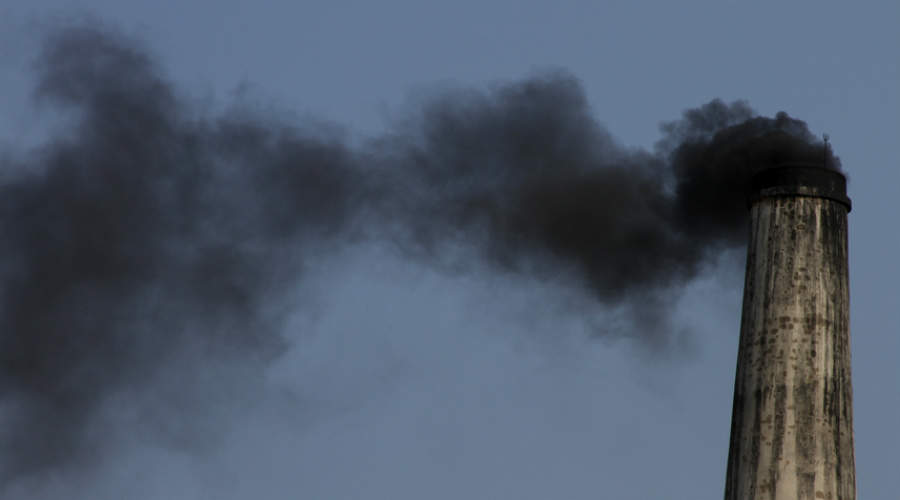 India is moving away from funding coal-powered projects such as this brickworks, favoring solar energy instead.

At the same time, the divestment movement has continued to gather pace, with the Rockefeller Brothers' move in September being the symbolic highlight of the year.

There’s been a noticeable change in rhetoric from sources that no one could claim are inherently biased in favor of renewable energy. UBS stated that large power stations will become irrelevant in the future and Citigroup hailed the beginning of the age of renewables. Last month Mark Carney, governor of the Bank of England, said that the majority of the world’s fossil fuels were unburnable if we are to prevent dangerous climate change. And just this week, the World Bank announced that it no longer would invest in coal projects unless there is "extreme need," in a policy designed to mitigate climate change and alleviate poverty. You can’t get much more mainstream than that.

At Forum for the Future, we surveyed our membership network recently to see what they thought the big issues for sustainable business would be for the next couple of years. The overall picture is one of seriously intensifying pressure on business coming from multiple angles, alongside the rapid development of solutions that together show the way to a sustainable future.

It was a relatively small sample size (200 people), and most respondents have a sustainability focus in their jobs. But more than three-fifths agreed that the growth of renewable energy has unstoppable momentum, with fewer than one-fifth disagreeing. One respondent said, “The pace of installation of renewables in agriculture is phenomenal. Practically everyone you talk to is doing something.”

We’re doing our best to catalyze the shift, through projects such as the Community Energy Coalition and Farm Power, which aim to open up energy systems to people and communities and create a powerful movement for a decentralised renewable energy future.

Which brings us to those countervailing trends. Reports of the demise of the fossil fuel industry may be exaggerated. Many of these signals pertain to the use of coal rather than oil or gas, and investment particularly in the latter continues apace. Fossil fuel prices have fallen across the board this year and even coal is on the up in some areas (such as Germany) where nuclear power is being phased out.

But if we are at a tipping point, then we could see a fundamental reconfiguration of energy systems in a very short period of time.

Incentives that once worked to reinforce centralized power systems instead will favor decentralized. Investment in a fossil-fuel future suddenly will look like a vanity project or wishful thinking, and renewables will attract the lion’s share of capital. Research and development of technologies to facilitate smart, decentralized, renewables-based systems will receive a huge fillip, and it will be increasingly difficult to fund research and exploration for new fossil fuel sources. In short, the whole system rapidly could flip.

In this context, many of the more cautious renewable energy targets in business and government — anything short of the 100 percent renewables targets of companies such as Ikea, H&M, Philips and BT — soon will look very weak, even anachronistic.

Forum for the Future