What the sharing economy can learn from fleets

Leaders of the sharing economy are disrupting traditional industries such as transportation and hospitality, but what if they played an equally disruptive role in reducing our consumption of natural resources such as water and gas?

Unlocking access to underused resources is the most powerful value proposition of the sharing economy. Sustainability is the inherent foundation of its model, when you consider the use efficiency afforded through the sharing of cars and spare rooms. Yet, sharing apps are not realizing their potential right now.

Earlier this month Uber and Lyft launched car-share programs to allow guests to pool rides, saving money and gas, while Airbnb released a report last month claiming that their guests consume 63 percent less energy and save “the equivalent of 270 Olympic-sized pools of water” compared to hotel guests. I would argue that those efforts and outcomes are only hinting at what's possible. Because of their large captive pools of drivers and hosts, sharing apps can play a much more significant role in driving sustainability. To get there, they can look to some of the world's largest fleets.

Use data analytics to optimize performance and educate users

For example, UPS used 1.3 million gallons less fuel in 2012 than the year prior, in large part by using efficient routing systems and incentivizing drivers to change behavior.

Miles driven is a key performance metric for UPS — the fleet is assessed by “number of packages delivered per mile driven.” The company has pushed telematics in trucks to optimize routes to reduce idling time at stoplights, and to help drivers avoid traffic to reach destinations faster. The company found that avoiding left-hand turns reduces fuel and saves drivers time, so they rerouted drivers for right-hand turns. As a result of implementing the program, UPS trucks drive 12.1 million fewer miles, reducing carbon emissions by 13,000 metric tons.

UPS’s telematics platform also provides drivers with feedback in real time on their fuel-efficiency performance and suggests methods for improvement. This platform helped drivers reduce the average time spent idling per driver per day from 122 minutes in 2011 to 48 minutes in 2012, saving the fleet 250,000 gallons of fuel and 2,600 metric tons of carbon emissions.

Uber, Lyft and Sidecar are no strangers to data science. Recently, Uber’s science team simulated a city and found that taxi drivers make twice as much money when parked between trips as those who drive around searching for passengers. However, drivers get around using either their own GPS or a standard mapping app such as Google Maps. They are not routed for the least fuel consumptive route. And they do not receive feedback on their fuel efficiency performance or suggestions for improvement.

Data is already collected from GPS systems on driver speed and routes. Sharing companies could provide real-time feedback to their drivers to help them understand their driving behavior and ways to save gas. Additionally, sharing companies can partner with mapping apps to provide drivers with an option for the “least fuel consumptive route.”

Because of its great relationship with its hosts, the site is in a good position to provide practical tips for reducing energy consumption and to connect homeowners with resources to retrofit their homes. Additionally, energy data already is collected from utility partners such as Opower and in-home systems such as Nest. Airbnb could figure out a partnership strategy with data companies to push meaningful information to its hosts.

Coca-Cola, AT&T and FedEx have driver training programs that aim to reduce fuel consumption in their fleets. They also reward drivers with recognition, special privileges and sometimes money for changing behavior. For Coca-Cola, a secondary outcome of improved driver behavior has been a major reduction in road accidents.

Polk County, Fla. (home to the city of Lakeland) splits the fuel savings with county fleet drivers on a 50-50 basis. The potential payout for some drivers exceeds $300. In the first two years since implementation, the county reduced fuel consumption by 436,000 gallons, avoided 22 percent of preventable accidents, and saved $1.5 million in fuel costs.

Incentives already are implemented in the sharing economy. Uber recently lifted financing hurdles for drivers to buy cars, improving rates on monthly payments. This is leading to more Uber drivers buying new cars. However, no incentives exist for drivers to buy fuel-efficient vehicles such as hybrids.

Uber also could reward its drivers with a small rebate if they inflate their tires regularly (this small measure alone saves tons of gas) or a “digital badge” on the app if they drive a hybrid or electric car. Riders then would opt to choose a driver with this badge over another.

The same is true for Airbnb. Hosts could be ranked with a special certification if they host in energy-efficient homes. Airbnb could incentivize them with a monetary reward or feature if they follow basic tips to weatherize their homes and reduce their electricity consumption.

Every little bit counts. If the Sharing Economy can step up its game by applying the lessons of fleets, it has the potential to disrupt not only our traditional business models, but our energy system. And that is game changing. 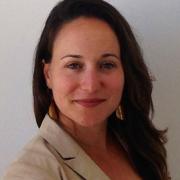 Can technology make us better stewards of wildlife?

How Dow taps benefits from trickling money into water funds

See all by Mira Inbar