What a true ESPN of sustainability would look like

What a true ESPN of sustainability would look like

Last week’s GreenBiz article "Can Collectively become the ESPN of sustainability?” by CSR veteran and ex-McDonald’s VP Bob Langert piqued my interest, as I strongly believe that the field of sustainability would get a much needed boost from an ESPN-like presence.

I like and watch, listen to and read ESPN — and like many millions, I’m drawn to the way sports coverage breathes life into numbers and statistics, and how it weaves sports and personalities into stories about life and culture and vice versa.

Langert makes the hopeful comparison by introducing us to a flashy new website called Collectively, geared at the much-talked-about millennial generation. The site creatively spotlights societal issues that young people care about (and even some of us frail and hobbling 40-plusers), with videos and language that is direct but somehow still casts a tone of “tucked-in shirt.”

If the sustainability frontier is where business intersects with society (I do believe this), then Collectively gets this part right. It’s an attractive site that does a better job of engaging visitors than most, if not all, corporate websites. However, I don’t think it’s an ESPN.

There is an opportunity here — not by Collectively, which is doing its thing, but by the sustainability media establishment, for lack of a better term. We do need an ESPN-like presence that can provide timely data, pointed critiques and lively debate, and represent real-time critical voices in the field. When Coca-Cola publishes a sustainability report, the ESPN of sustainability should provide the next-hour debate on where the company excelled and where it fell short:

“Did you see page 12?! Another photo of an Indian village woman!” (No offense, Coke; I’m just using you as an example; you’re doing a pretty good job.)

The ESPN of sustainability would be quick to point out inconsistencies between business strategies and stated sustainability goals, and then quick to get a statement from company representatives to explain. 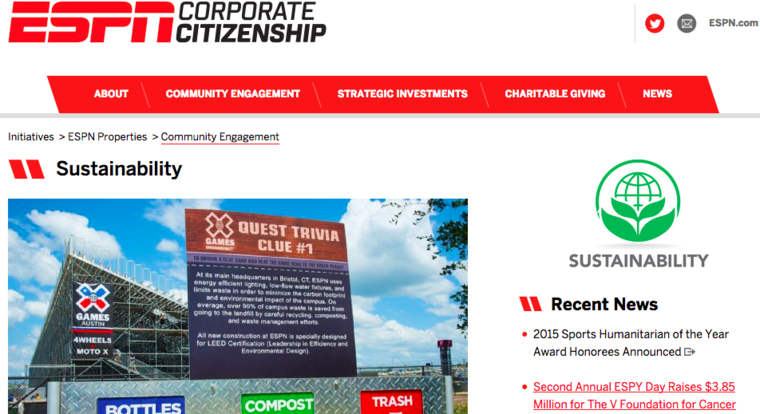 When a sports team player guarantees a win in a pregame interview (it happens more than you think), guess who’s there with him in the locker room with a microphone after a loss? Imagine if equal pay for women got as much pointed and critical attention that sports media poured into the issue of domestic violence.

There is something refreshing about the directness, dedication to numbers and exhaustive analyses of sports reporting that the sustainability community can learn from. Somehow CNBC, the attention-deficit-hyperactivity-disorder gorilla of business television, stretches business commentary into a full 24 hours of programming yet still fails to approach anything that whets the appetite of most sustainability stakeholders.

Millennials want thoughtful data and analysis, which is why the prescient Disney/ESPN pulled Nate Silver’s 538 site into its empire (away from the New York Times) and cultivated Bill Simmons’ Grantland, both featuring so-called data journalism and showing us new and engaging ways to present information in the digital age.

Don’t get me wrong; I think Collectively may be filling a void.

I should also point out that Langert is a true pioneer in the field of sustainability from his time at McDonald’s. He is part of the first generation that showed that it was possible to bridge business with credible campaign groups and produce positive outcomes at a company that was not synonymous with sustainability, and it didn’t look easy for him. He is a true rock star. (I once tried to meet Langert at a conference in Chicago years ago, but he was a glowing sustainability evangelist encircled by a flock of MBAs three people deep. In comparison I once successfully met Rev. Jesse Jackson after a fiery campus speech at the University of Michigan as only a thin passable circle surrounded him.)

Also, the flow of fee-for-service and fee-for-participation money between companies and sustainability organizations is still significant and the lifeblood of many good organizations.

The first generation of sustainability professionals working inside large companies needed this soft touch because most of them had significant uphill internal battles against dismissive peers and managers, and as a result it was not uncommon for them to feel closer to their external sustainability stakeholders, NGOs and campaign groups than their own colleagues. It was necessary to tread lightly on company sustainability efforts as champions on the frontlines tried to get a better foothold in their shaky positions.

The time for the soft treatment is over. To take the next step, the field must be unafraid of criticism — from others and from within. 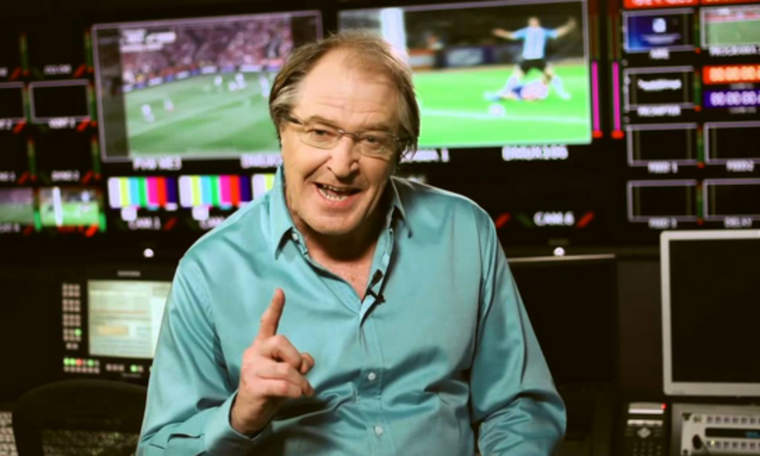 The ESPN of sustainability needs to be independent; to start from a point well beyond "should companies pursue CSR"; and will discuss, debate, pick apart, hold accountable and name names. This is what sports journalism does. This is even what mainstream business media attempts to do. We should thicken our skin, then cultivate and get ready for real exposure. What if the debate on CEO pay looked like this?

Wouldn’t it be great to see what the ESPN of sustainability says after Company X’s board of directors once again votes down a climate-change resolution for more transparency? Better yet, how about soccer’s Ray Hudson providing live narration of GE’s annual share-owners meeting?

I don’t think sustainability needs to stoop to new low levels of infighting, bickering and 24/7 max volume media (“Greenpeace executive selfie catches GMO corn stuck in teeth!”). However, at least that would move sustainability coverage in the right direction.

Maybe the ESPN of sustainability will have to take these lessons and do something new and in its own way. Even the ESPN of sports has its bad habits, having let go of three of its most outspoken contributors this month and in doing so losing some thoughtful and credible independent voices.

We all know that’s a big no-no in our world. So maybe we can do even better. We should at least try.

Behind Beyond Sport's play as an environmental change-agent

Can Collectively become the ESPN of sustainability?

Why sustainability is a team sport