What we should really call 'sustainability' work

In Part 2 of a two-part series, we uncover the ideal umbrella term for the work currently known as sustainability. Or CSR. Or Triple-Bottom-Line. Read part one here.

Rather than coming to consensus on one of the seven terms identified in part one of this series*, we turned the alphabet barrel faster. Environment, Social, Governance (ESG) first emerged in the investment realm as a positive evolution beyond screening out "bad companies" toward investing in "good" (leadership) companies.

Nothing wrong with a clearly defined new subcategory. But ESG promptly jumped its investing niche and came into use as another umbrella term.

Nor was it alone. Multiple new terms and definitions emerged. The next wave was made up of:

"Hang on!" you object. "By listing all these terms, you're suggesting they carry equal weight. But there's a clear frontrunner. Sustainability, despite the limitations you describe, is steadily becoming the term of choice."

I heard that from several experts. I was inclined to agree. But here's the deal: When I took a spin through Corporate Register and GRI's databases, I saw something different happening, a new trend that's typified by the term "Corporate Responsibility and Sustainability."

Yep, that belt-and-suspenders formulation is a single term, and it's in use by more than one company. It represents the emergence of cover-all-bases terms; since we're acronyming (and verbing), let's call them CABs. A growing number of U.S. companies are using CSR in its literal sense to describe social issues (human rights, community engagement), and tacking on a separate term (such as sustainability) for environmental issues.

One senior corporate responsibility officer at a large U.S. firm told me that he used the title "Vice President CSR & Sustainability" precisely because so many different definitions were out there. He wanted to make sure that no one was confused and no issues were left out.

So what if we don't have a common term?

Here's my answer: Because splintering is useful, but insufficient to the task. If the grand mission we're embarked upon is to bring about a sustainable world, we have a whole lot of persuading and enrolling ahead of us. We need most businesses and most people to adopt -- globally and pretty soon -- a common set of attitudes and approaches that will save our shared lifeboat, save the next community threatened by mudslides, save the life of the next child to die of malaria or malnutrition or environmental toxins.

That kind of common effort is impossible without a common understanding -- which is precisely the role of language.

If you're still not convinced, think of the shift in attitudes that takes place when you say "send it to landfill" rather than "throw it away." The old language suggests there are no consequences to generating waste, suggesting implicitly that it disappears, perhaps into a different universe.

By contrast, saying "send it to landfill" requires you to visualize exactly where your trash goes. And we all have mental images of ever-larger landfills fouling and devouring the landscape. I don't know if anyone has studied this shift, but I'll bet the new language changes behavior. It has definitely changed mine.

So yes, I'll argue that language and terminology matter.

The terms I've cited above can be categorized into:

When I started writing this article, I hoped that by the time I wrote the last few paragraphs a single term, existing or neo, would have emerged as a clear leader. That one term would be demonstrably superior to the rest. Well ….

The unfortunate truth? None did. Each of the four categories above, and each term within those categories, has virtues but also serious drawbacks.

Faced with a forced choice, here's what I think scores the most points all around:

Does ESG lack magic, dynamism and a sense of process? Yes. Is it a little dull? Admittedly. But at the end of the day, it does provide the "what" of our field by naming the three most important areas in which we work. And bundling the three into a single term says implicitly that this is a crosscutting endeavor that requires multi-content management and strategy, and presumably communication.

Finally, the acronym ain't half bad. You might even say that ESG, as an umbrella term, is sustainable. 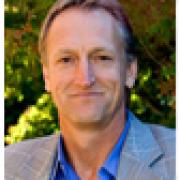 Ending the alphabet soup in the [insert word here] field

Where Are All The Energy Star Slot Machines?

See all by Steve Voien