What will COP mean for carbon pricing? Reports to watch

What will COP mean for carbon pricing? Reports to watch

As world leaders are wrapping up negotiations the the U.N. climate talks in Paris, some surprising companies, including six oil Goliaths, are advocating for pricing carbon.

At least 40 countries and 435 businesses, including Microsoft, Google and ExxonMobil, already have adopted some form of carbon pricing, but the idea continues to be a source of debate and controversy.

World leaders are also mired in determining the most effective way to price carbon. What system is more effective economically and environmentally — an emissions trading system, such as California's cap and trade, or a direct carbon tax? An agreed-upon global carbon price might be quixotic. Christiana Figueres, executive secretary of the U.N. Framework Convention on Climate Change, was pessimistic in October that a global carbon price would be settled at COP21.

Nonetheless, chief executives from 59 businesses have demanded carbon pricing to be a component in the Paris talks, which could result in new carbon trading schemes. These reports should help you to navigate these new possible carbon pricing scenarios.

Putting a price on risk: Carbon Pricing in the Corporate World 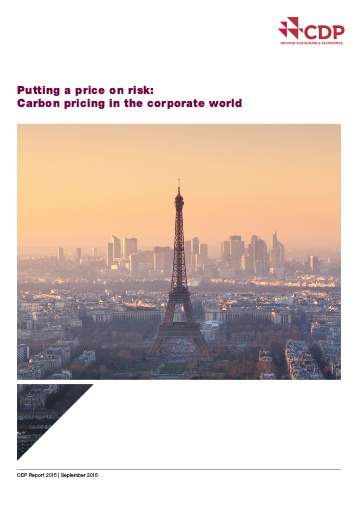 "As expectation builds for governments to agree a global deal on limiting greenhouse gas (GHG) emissions in Paris this December, the CDP data shows how a growing number of businesses have been diligently preparing by incorporating a price on these emissions into their every day decision making."

Companies undoubtedly will be affected by any sort of national or jurisdictional carbon price. Some businesses already have begun hedging against that risk with an internal carbon price. This report provides a compelling insight for any executive seeking to impose a carbon price for the company, or to see where its existing price compares in each industry.

Perhaps this report's most useful information is how specific companies derived their internal carbon price. CDP shows how companies such as Owens Corning, TD Bank Group and Imperial Oil ultimately came up with a price, and why that is important to their business model.

The Future of Forests: Emissions from Tropical Deforestation with and without a carbon price 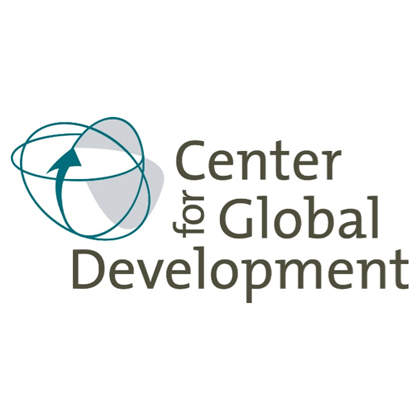 "We project the future of tropical deforestation from 2016 to 2050 with and without carbon pricing policies, based on 18 million observations of historical forest loss spanning 101 tropical countries."

Deforestation might not come to mind when thinking about reasons to implement a carbon tax; however, this report provides a detailed look at why it applies.

This report is helpful to companies looking to source deforestation-free products. If a carbon tax is imposed in these countries, it could have a material impact on some financials in terms of the cost-benefit of sourcing from these regions.

State and Trends of Carbon Pricing 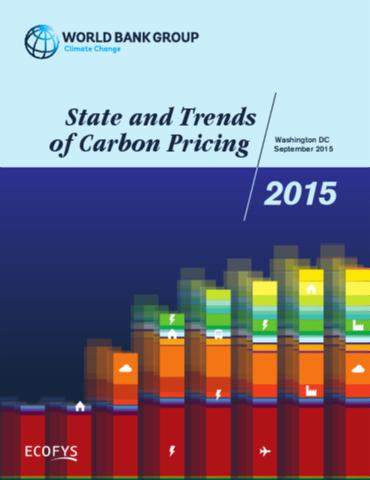 "Carbon pricing is increasingly being used internally by firms as a tool to analyze business and investment strategy. Some of these carbon prices are substantially higher than current price levels in mandatory carbon pricing instruments."

The World Bank Group’s 85-page report discusses where and how carbon is priced around the world today, and what instruments companies are using to price carbon. A segment of the report explores how companies are embracing internal carbon taxes, and analyzes some difficulties this has caused companies. The report suggests that businesses align their carbon pricing methodologies for market risks, versus developing intensive formulas that account for policy changes and emissions.

This extremely comprehensive report offers onlookers a deep look into how countries actually use carbon pricing. It's a rare glimpse into whether "carbon leakage" is a material risk, and how world leaders should respond to mitigate this risk.

According to the World Bank Group, "Carbon leakage only exists if the decision to relocate output and/or investment can be directly attributed to differences in carbon prices and, in turn, leads to an increase in emissions somewhere abroad where carbon prices are lower." 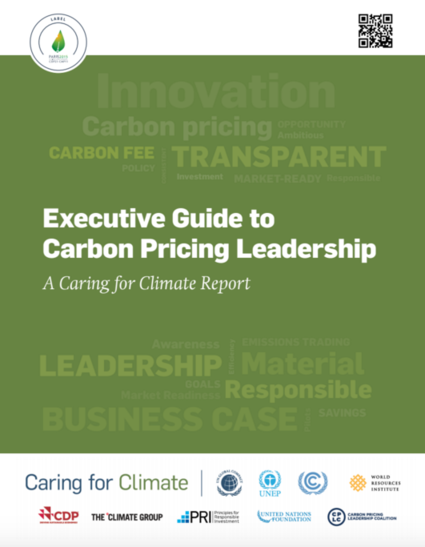 "With all the recent attention, it is easy to overlook the fact that carbon pricing is itself only a means to an end (GHG reductions) and the term can refer to different approaches."

The executive guide discusses carbon pricing basics. It lays out a strategy for how companies to approach carbon pricing, including what they should disclose in terms of an internal price. The multiple approaches here include internal fees, shadow pricing and policy advocacy.

Shadow pricing is the most common approach to carbon pricing among the company examples in this guide. With shadow pricing,  a company places an estimated price on carbon in order to understand what would happen if an external carbon price were implemented.

Any executive in charge of an internal carbon price or even remotely considering a carbon tax should read this. One highlight of this report is discussion of how to properly disclose internal carbon pricing. Disclosing Environmental, Social and Governance metrics long have been a challenge for sustainability advocates, but this offers a clear framework for what is essential to include, and what would be beneficial but not necessary.

The fight over the future of carbon pricing has arrived

3 challenges — and opportunities — for businesses to help save tropical forests

Why you should answer the new CDP climate questions