It's a good sign that solar energy use is growing, but the infrastructure to sunset these cells barely exists.

Solar power is having its hockey stick moment. Since the early 2000s, the amount of solar panels being installed worldwide has been growing exponentially, and it’s expected to continue to do so for decades. By the end of 2015, an estimated 222 gigawatts worth of solar energy had been installed worldwide. According to a recent report (PDF) from the International Renewable Energy Agency, that number could reach 4,500 GW by 2050.

But the solar panels generating that power don’t last forever. The industry standard life span is about 25 to 30 years, and that means that some panels installed at the early end of the current boom aren’t long from being retired. And each passing year, more will be pulled from service — glass and metal photovoltaic modules that soon will start adding up to millions, and then tens of millions of metric tons of material.

"It’s not too far off that those are going to be coming off line, and we’re going to have a waste management issue," said Garvin Heath, a senior scientist at the National Renewable Energy Laboratory and a solar power expert. "It’s fair to say that it’s starting to become more widely recognized as an issue that we’re going to need to start working on pretty soon." 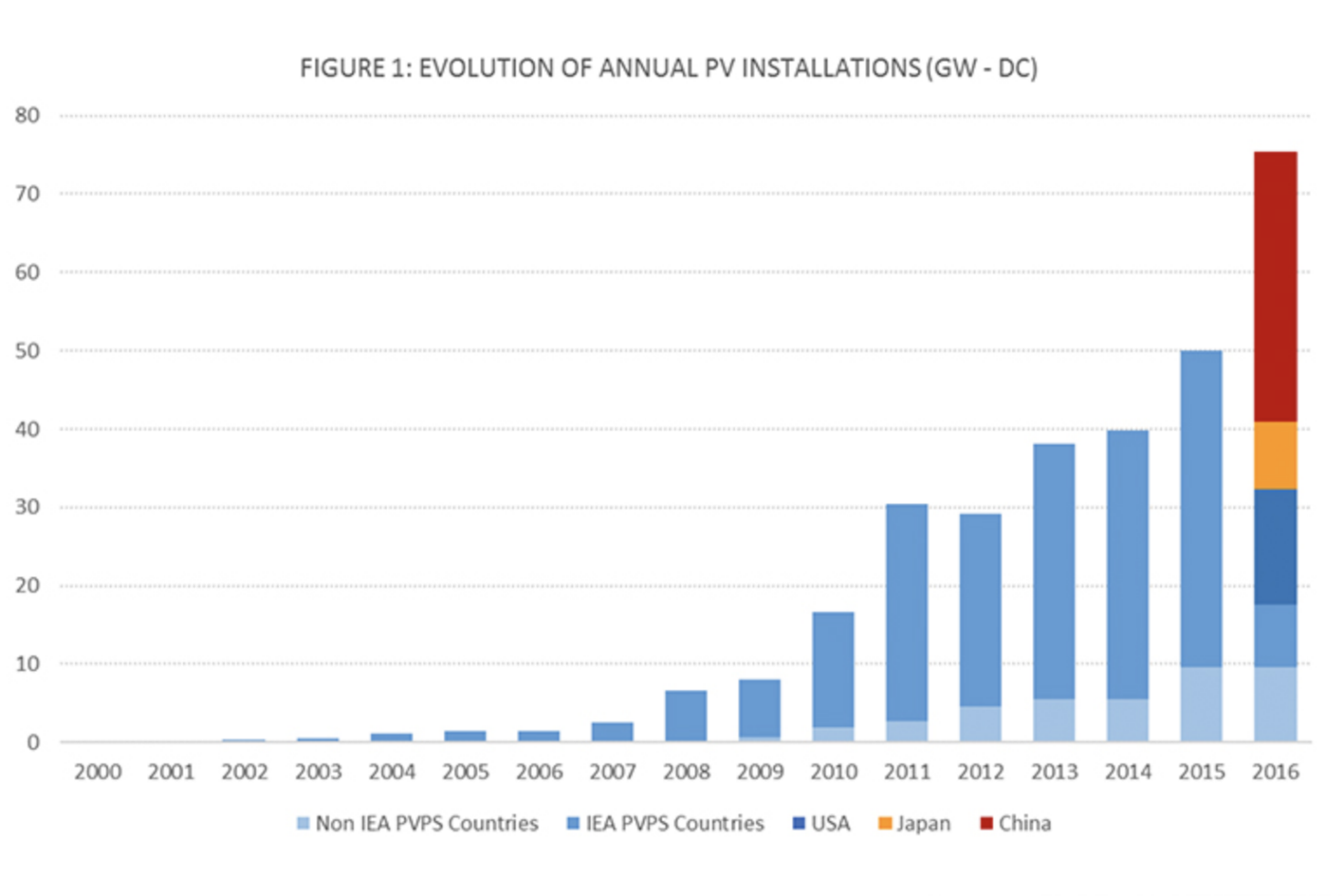 The solution many are looking to is recycling. But the ability to handle the coming flow of PV modules is not yet sufficient. "There’s some infrastructure," Heath said. "I wouldn’t say it’s especially well established at this point."

Part of the problem is that solar panels are complicated to recycle. They’re made of many materials, some hazardous, and assembled with adhesives and sealants that make breaking them apart challenging.

"The longevity of these panels, the way they’re put together and how they make them make it inherently difficult to, to use a term, de-manufacture," said Mark Robards, director of special projects for ECS Refining, one of the largest electronics recyclers in the U.S. The panels are torn apart mechanically and broken down with acids to separate out the crystalline silicon, the semiconducting material used by most photovoltaic manufacturers. Heat systems are used to burn up the adhesives that bind them to their armatures, and acidic hydro-metallurgical systems are used to separate precious metals.

The longevity of these panels, the way they’re put together and how they make them make it inherently difficult to, to use a term, de-manufacture.

Robards said nearly 75 percent of the material that gets separated out is glass, which is easy to recycle into new products but also has a very low resale value. Not only that, but what’s available to recycle is something of a moving target. As solar panel technology improves, manufacturers are slowly finding ways around using components that would have value to recyclers, such as copper and silver.

"So the underlying commodity value of these things keeps going down," Robards said. The less value a recycler can extract, the less incentive there is to recycle.

Despite the challenges, ECS has been ramping up its photovoltaic recycling capacity. "It’s a semi-decent growth area these next few years but exploding about 2020 and beyond," Robards said, anticipating the millions of metric tons of panels expected to come offline.

Until there’s a steady stream, it will be hard for recyclers to focus more of their business on solar panels. In order to make sure they’re ready, though, the solar industry is creating programs to train commercial recycling companies to understand what’s in manufacturers’ products and how to break them down, according to Evelyn Butler, senior director of codes and standards for the Solar Energy Industries Association, a trade group representing solar power companies and photovoltaic manufacturers.

Butler said the group is also working with recyclers to share data about what components and materials they’re processing so that they can start to track and forecast their waste.

"We’re still pretty early on in the process, but we’re hoping that in five or 10 years we’ll be able to provide industry data on that," she said. 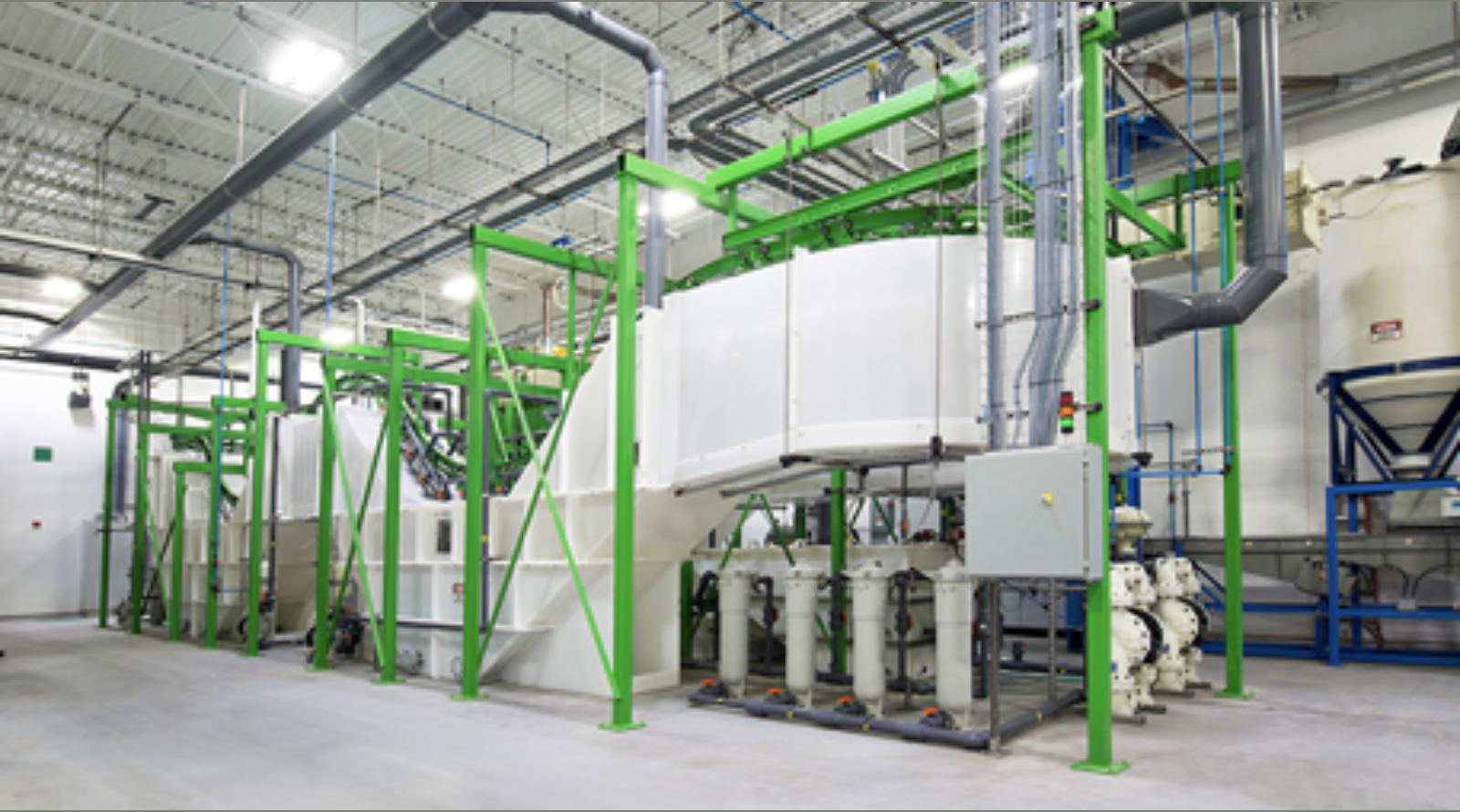 Some photovoltaic companies are leading their own recycling efforts. First Solar, one of the largest photovoltaic providers, long has offered recycling for its products. Over the years, its recycling process gradually has improved, according to Sukhwant Raju, the company’s director of recycling operations.

"Our company has over 100 million modules out installed, but they may be another 10 to 15 years away from getting to their end-of-life stage," he said. "As the time passes, our technology cost is coming down, but at the same time, the volume of the scrap increases. So that gives us economies of scale."

As the time passes, our technology cost is coming down, but at the same time, the volume of the scrap increases.

The company’s long-term goal, Raju said, is to make sure the process is cheap and efficient enough to deal with the expected surge of decommissioned panels.

"The total cost has to be so low that nobody has to think about any other option than to recycle. Within the last eight years I’ve seen tremendous reduction in that cost," he said.

In conjunction with better recycling methods, the company’s panels are designed to be conducive to recycling. Up to 90 percent of the glass and semiconductor material in its decommissioned panels can be reused in new panels or other glass products.

In the U.S., most of this progress is happening without the guidance of regulations. There is currently no federal standard or requirement for end-of-life management of photovoltaic panels that don’t meet the standard for hazardous waste — and they typically do not. No major state rules have been established for these non-hazardous wastes, either.

Heath at the National Renewable Energy Laboratory notes that Washington state passed legislation last year requiring manufacturers to finance the recovery and recycling of panels sold in the state. It’s the most advanced legislation focusing on solar panel recycling so far, but the regulations aren’t expected to be fully implemented (PDF) until 2021. Heath also notes that Washington is not one of the largest solar-dependent states. In California, a major solar state, legislation is still likely years away.

Outside of the U.S., though, there is a model to follow. The European Union’s Waste Electrical and Electronic Equipment Directive requires producers to finance end-of-life treatment of solar panels sold in Europe.

Similar federal regulations in the U.S. are unlikely in the near future, according to First Solar’s Raju. But given the massive amount of solar panels expected to be falling out of service in the coming decades, experts predict that more encompassing regulations are inevitable.

"I think it is just a matter of time," said Raju. "I would personally be very surprised if 10 years down the road we don’t have a similar program in place."