The following is an excerpt of "Greening Death: Reclaiming Burial Practices and Restoring Our Tie to the Earth."

A more than $15 billion machine, the death care industry is made up of funeral homes and their directors, product companies — caskets, chemicals, vaults — insurance companies that manage prepaid funerals, and cemeteries. The NFDA has a long and storied history of advocating for the robust industry. Their first meeting in Rochester, New York, in 1882, in which new embalming methods were demoed to fledgling morticians, has given way to a nearly 20,000-person trade organization whose sole purpose is to support the big business of death.

By the 1930s some folks started to fight back against the business, most notably in the formation of regional memorial societies that confronted the growing cost of funerals in the midst of the Great Depression. Still, the largely unregulated and unchallenged funeral industry wouldn’t begin to feel strong resistance until Jessica Mitford published "The American Way of Death" in 1963.

Despite the economic expansion of the 1960s, Mitford’s smear of the funeral industry tapped into simmering feelings of distrust and repulsion at the excess that was our mourning. Death care was just too much — too much money, too many products and too much interference. Post-Mitford, memorial societies spread across the states, educating people, keeping the funeral industry on their toes, and pressing for reform. U.S. citizens began to think of themselves as consumers of death care who should have more of a say in what happens to them when they die.

In 1984, after more than two decades of activism, the Federal Trade Commission came down on the funeral industry, implementing the Funeral Rule that finally made it possible for consumers to pick and choose only those funerary services they wanted and to leave the rest at the door. The Funeral Rule took at least some of the wind out of the sails of an unregulated industry with no competition. But rules must be monitored, and the FTC hasn’t always done such a great job with enforcement. 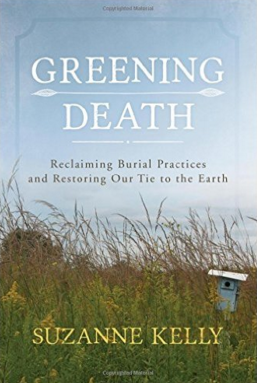 For example, although the Funeral Rule requires that all services be itemized, some funeral providers, with the help of the NFDA, have found ways to skirt it. This has been especially true for the larger publicly traded providers such as Service Corporation International, which owns nearly 2,000 funeral homes, more than 500 cemeteries and 100 crematories throughout the United States, Canada and Puerto Rico. These big conglomerates have often proven to be bigger and stronger than any laws or regulation.

Over the years, the FCA (which was the former memorial societies) has been doing the important work of challenging an industry that, time and again, struts its power and resources despite the public good. In fact, today there are about 90 FCA affiliates around the country.

Although there are some funeral directors who are enthusiastically engaged with green burial, the industry as a whole has long been focused on the bottom line. Products — caskets and vaults in particular — make up a good portion of their profit margin. But with green burial requiring neither, there may be no incentive to offer it as an option at all.

The FCA has warned that the industry will work to get around greener options costing less by offering "greener" coffins with a higher price tag. But as FCA crusaders Josh Slocum and Lisa Carlson have said, "You shouldn’t have to spend more in order to waste less." Indeed, "The greenest casket you can buy is the one you don’t buy."

If Slocum and Carlson are concerned with industry greenwashing, it’s for good reason. The NFDA does its best to stay on top of "funerary trends," as they like to call them. As green burial replaces cremation as the funeral industry’s illegitimate spawn, the industry waits it out. Will green burial’s time come, or will it fizzle away as a funerary fad?

Preempting outcome, the NFDA has set up their own Green Funeral Practices Certificate Program, telling their members that "there’s no downside to going green!"

About two years before this offering, the NFDA tried another angle — scare tactics. In 2008, the NFDA published "a green indemnification form" forewarning potential consumers of faulty green burial containers, diseased corpses and sinking graves, a form they hoped to get funeral directors to get customers to sign. The FCA soon enough exposed these lies on their website, and the NFDA swiftly responded by taking it down from theirs.

Champion, a leader in the production and sale of embalming fluids since 1878, has come out with a fluid made of essential oils that poses no risk to worker health.

In keeping with the industry’s past, some movers and shakers have begun to seize the opportunity to come up with new products for the industry. While some seem useful in streamlining the green burial process, others seem to be just another way of maintaining the reigns of control. Biodegradable burial cooling blankets, in which dry ice can be inserted and then positioned around the body, are a good example of the former, while plant-based embalming fluids are a most egregious example of the latter.

Champion, a leader in the production and sale of embalming fluids since 1878, has come out with a fluid made of essential oils that poses no risk to worker health. Champion surely has a sense of humor, as it named the fluid "Enigma." The practice of temporary corpse preservation formalized funerary work, delegitimizing the informal care of families and other community members, mostly women, who were once called upon to prepare the dead for final disposition.

Enigma may be greener, but the practice of embalming since the middle of the 19th century has been deployed as a tool of authority over a living public that has slowly, but surely, come to believe that embalming is necessary. Of course, the real enigma of embalming — beyond its pollution and its thwarting of decay — is why the corpse must be preserved through such invasive and authoritarian methods at all?

Funeral directors will tell you that nothing works to firm up a body like formaldehyde, making many industry workers resistant to using greener fluids as an alternative anyway, despite the health risks. Some industry-trained workers who see the enigma in embalming are embracing less invasive practices that work to slow down decay, especially for those families who still want a viewing.

Funeral directors will tell you that nothing works to firm up a body like formaldehyde, making many industry workers resistant to using greener fluids as an alternative anyway, despite the health risks.

Green-friendly funeral director Amy Cunningham will tell you that old-fashioned refrigeration works very well. That followed with dry ice "cut in slender slabs, wrapped in terry cloth toweling and placed beneath the torso or sometimes over the abdomen is often an excellent way to slow decomposition and allow for a viewing."

In light of these more basic practices, many that do-it-yourself home funeral advocates are bringing back to the fore, the need for greener embalming fluid appears questionable at best. Besides, if funeral directors aren’t interested in using it for their own protection, what purpose, exactly, do these new fluids serve?

Rick Touchette told me that one of the reasons they have not pursued certification by the Green Burial Council (GBC) for their green burial ground at Most Holy Redeemer Cemetery in Niskayuna, New York, is because they wanted to allow families the possibility of embalming if need be.

"We don’t want to create a situation that would prohibit a family from celebrating the full course of the order of a Christian funeral — the vigil, the funeral mass or liturgy, and the right of committal." And yet, he also told me that in all the green burials they’ve had so far, not one body had been embalmed.

Having seen to hundreds of burials at Ramsey Creek, Kimberley Campbell can attest that those choosing green burial don’t seem interested in any kind of embalming, toxic or green. For the industry, "it’s just another product to sell, something they just can’t seem to get away from." Taking into account all the encounters she’s had with people seeking greener disposition over the last 15 years, she told me, "[green embalming fluid] just seems to go against the whole idea."

And yet, even in the face of this kind of industry resistance, the green burial movement still needs the involvement of funerary professionals to move the cause forward. When the GBC first began certifying burial grounds, they hadn’t thought to include standards for funeral providers, crematories and products. But within no time it became clear that certification of burial grounds was only one piece of the puzzle.

For folks seeking greener disposition, finding a provider who will fulfill the needs and wishes of both the deceased and the family is crucial. This is especially true in the nine states where consumers are required to hire a funeral director to deal with final disposition — Connecticut, Illinois, Iowa, Indiana, Louisiana, New York, Michigan, Nebraska and New Jersey.

If the strength of the growing National Home Funeral Alliance (NHFA) is any sign, DIY death care is growing along with the home funeral movement in the United States. By and large, however, most folks still rely on funeral professionals for death care, whether they’re required to or not. Whether you’re of the mind that the whole industry ought to be dismantled and families should take back care of their dead, or you want no part in that care at all, the industry remains the key player in that care.

At both the national and the state levels, the FCA is doing the much-needed hard work of facing down greenwashing in the midst of a bona fide green burial movement struggling to take shape. But their watchdog combative approach is sometimes not always best suited to the goals of green burial.

The use of refrigeration and dry ice, prepping a body for burial in a shroud and transporting it to the burial location all pose new challenges to a funeral industry that’s grown accustomed to their sanitizing and smoke-and-mirrors methods.

Lobbying to change laws and licensing schemes, like the ones that still exist in Oklahoma and Virginia that require consumers only purchase caskets from a licensed funeral director, is crucial. Indeed, such laws might have a direct impact on someone planning for a green burial. But we also need to be working to get funeral providers to offer the services required of a green burial, to prepare bodies in ways that their mortuary training never asked them to take up.

Because many Jewish and Muslim burial societies often take care of their own dead, there are, in fact, some funeral directors who have no experience with preparing an unembalmed body for burial, or even, perhaps, for a viewing, which some green burial folks actually want. The use of refrigeration and dry ice, prepping a body for burial in a shroud and transporting it to the burial location all pose new challenges to a funeral industry that’s grown accustomed to their sanitizing and smoke-and-mirrors methods.

In the end, people have a right to know which funeral directors are willing to take on this work with care and respect and which ones are not. Indeed, this explains at least some of the reasons why the GBC eventually began certifying funeral homes. While the FCA has been facing down the industry and fighting for our rights for decades, as NHFA president and GBC board member Lee Webster attests, "We also need to build bridges with the industry."

Lessons from Deathcare: The Greening of the American Funeral Home

Died in the Wool: The Latest in Green Coffins