What would the Pokémon GO of sustainability look like?

You can find them just about anywhere — stampeding in New York’s Central Park, taking over towns near North Korea and braving minefields in Bosnia: Pokémon GO users trying to catch 'em all.

For those still wondering, the smartphone game uses augmented reality technology to allow users to "catch" Pokémon, fantastical digital monsters with peculiar names, in the real world — at the park, in a bar, in a corporate office, wherever Google Maps works. Users can collect these monsters and use them to "battle" other users at specially designated "Pokémon gyms," encouraging real people to inreract in person through the app.

And while most are young people, more than 40 percent of the adults who downloaded the mobile app are older than 25, and about one in three adult users are women, according to data from StartApp. They are your coworkers, bosses, doctors, Lyft drivers, lawyers — maybe even your mother.

As they search frantically for fictional monsters, Pokémon Go users have faced real-world consequences — discovering dead bodies, being robbed at gunpoint by tech-savvy criminals and even breaking into power plants and causing traffic accidents.

Changing the status quo is a lot harder than snatching a Snorlax in a sewer.

Granted, the app also has generated some positive outcomes for its users and others — such as getting otherwise sedentary people out into the real world, bringing strangers together and raising revenues for businesses lucky enough to be near Pokémon hot spots. The app also has made some would-be Pokémon masters into real-world animal rescuers.

"I’d say that playing Pokémon Go has helped me to talk more with my coworkers and even new people who I normally wouldn’t talk to. I’ve enjoyed just talking with people at work about what Pokémon they’ve caught," said Martha Arbogast, a digital designer in Cleveland.

"I took a walk around Lake Merritt just to do Pokémon Go," said my friend Clara Ng-Quinn, of Oakland, Calif. "Before, I'd only go out to the lake to go on a run. I don't do Pokémon Go during runs, though … too many distractions."

Valerie Sarni, a friend in Atlanta, told me: "Pokémon Go definitely gives me additional motivation to go farther/longer/explore somewhere new. And yes, I will admit that I've even stopped backseat driving my husband to go faster because his ‘slow and steady’ pace is perfect for hitting up passing Pokestops." 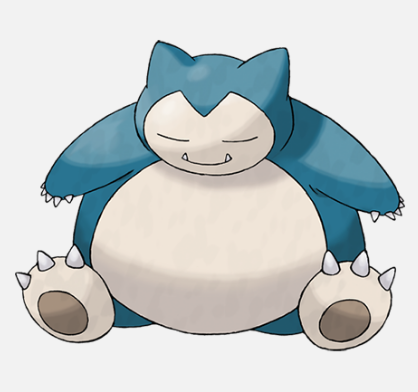 Love it or hate it, Pokémon Go shows how digital technology can be an agent of behavior change — getting people to do things they otherwise might not do. As the endless stories of Pokemon Go mayhem filled up my social media feeds, I got to thinking: What would the "Pokemon Go of sustainability" look like?

Sure, gamification is nothing new in the world of sustainability. Timberland's "Serv-a-palooza Challenge," a six-week experiment conducted in collaboration with the CrowdRise fundraising community, raised more than $75,000 and inspired more than 1,600 volunteer hours toward sustainability and community causes. Likewise, WeSpire offers an engagement platform used by companies including CA Technologies, EnerNOC, MGM Resorts International, McDonald's and Unilever.

But could we develop a single app that achieves the same kind of global reach as Pokémon Go that actually helps individuals improve sustainability outcomes?

Day in and day out, corporate sustainability professionals toil at getting individuals, organizations and systems to do things that they otherwise might not do — such as favoring long-term value over short-term gain, promoting quality over quantity, averting the tragedy of the commons and moving beyond competition to collaboration. And changing the status quo is a lot harder than snatching a Snorlax in a sewer.

"If you want to bring a fundamental change in people's belief and behavior … you need to create a community around them, where those new beliefs can be practiced and expressed and nurtured," wrote Gladwell in his book, "The Tipping Point: How Little Things Can Make a Big Difference."

Certainly, the developers of Pokémon Go have succeeded in creating a community of shared interest. Cities are large, lonely places where many feel alone and isolated — despite being more connected than ever by technology. You might not know your neighbors or the name of the girl who makes your latte each morning, but thanks to PokémonGo you can feel instantly connected to those random people loitering near the church — which often are used as Pokémon training gyms.

Creating a sense of community already ranks highly on to-do lists of corporate sustainability professionals and municipal leaders alike. Many of our current social and environmental challenges are rooted in the selfish pursuit of individual gain at the community’s expense. Addressing climate change, rising inequality and environmental decay will require creating an unprecedented sense of community on a global scale.

The Pokémon Go of sustainability would need to be highly social and create a strong sense of community that brings diverse stakeholders together. In order to transform people’s mindsets from "me"to "we," the app would need to create shared value as the measure of success.

While their methods may diverge, corporate sustainability professionals can agree that logic is on their side. The status quo is killing our planet and putting future prosperity at risk — and if we don’t change, we are all screwed, so to speak.

But, as stoic Spock learns in "Star Trek IV: The Voyage Home," logic isn’t something humans are good at. After Spock comments that it was not logical for humans to hunt humpback whales to extinction (which leads to a world-killing murder probe attacking Earth centuries later), Dr. Gillian Taylor responds: "Whoever said the human race was logical?"

Modern neuroscientific research tells us that humans aren’t rational decision makers but emotional ones. We make irrational decisions all the time, whether it’s regarding whom to marry, which candidate to vote for or even who to hire. More often than not, we go with our "gut," with what "feels right."

But that doesn’t mean that rational thought is somehow superior to emotion; going full-fledged Vulcan isn’t the best route to make truly ethical choices. And research shows that people don’t make better decisions when they are emotionally disengaged — in fact, they can’t make decisions at all without emotion. Spock would be shocked, but emotions are fundamental to effective action, and positive emotions are much more potent than negative ones.

This is where corporate sustainability communicators, including yours truly, often have gone awry. Because we feel that logic is on our side, we bludgeon people with it. Bluntness leads to fear and fear leads to hate, which in turn leads to the Dark Side, as an old Muppet once said. Humanity’s greatest moments — from landing a man on the moon to the Civil Rights movement — were fostered by hope rather than fear. 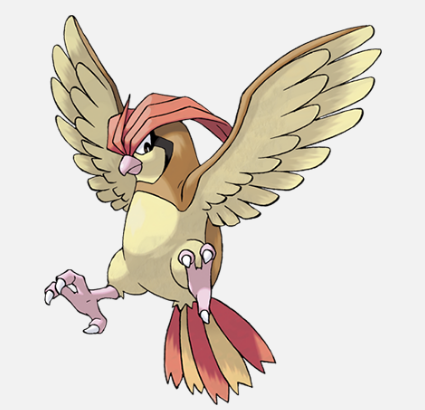 People don’t abandon couches and cubicles to capture Pidgeottos because it’s logical, but because it makes them feel good. As people increasingly feel powerless to control their social, environmental and economic destinies, the prospect of "catching them all" may present an ideal that they can strive toward — and somehow reclaim their place as active and equal participants in the affairs of the world.

The Pokémon Go of sustainability must inspire action by melding the best attributes of logic and emotion — helping people to understand all that is at stake while also empowering them to do something about it. All of humanity’s latent potential rests in a reservoir of hope — and figuring out how to tap into this ultimately will save the world.

Create a sense of urgency

One of humanity’s biggest hurdles to taking meaningful action on climate change and other long-term social and environmental problems is rooted in our DNA — we evolved to respond to immediate problems such as outrunning that cheetah, finding shelter before a storm and locating a watering hole. For most of our time on this planet, "long-term" planning was measured in weeks and months, not decades and centuries.

That’s why we respond to immediate, less likely threats, such as terrorism, but drag our feet preempting more probable but distant dangers such as climate change, according to Harvard psychologist Daniel Gilbert. Think of the old frog in the pot scenario — throw a frog into boiling water and it will immediately jump out, but place it in a pot of cold water and slowly increase the temperature to a boil and, well… we all know how it usually turns out for the frog. 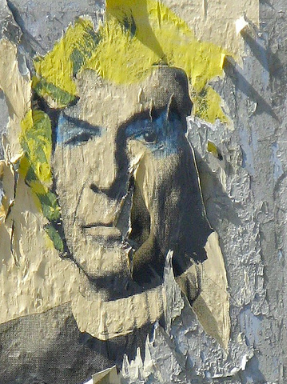 In a way, Pokémon Go creates a sense of urgency for its users by programming Pokémon to pop up in special locations for brief periods of time. Users know that, if they fail to hop that fence, violate basic traffic laws or break into that nuclear family’s yard, their opportunity to capture a Caterpie could be gone forever.

"Pokémon Go got me to happily walk headlong into the hellhole that is Pier 39 on a summery Sunday afternoon," said my cousin, Alaina Hower, who is 24 and should have known better. Apparently, it was more urgent than calling her big cousin to let him know she was in town.

"The reason I was in San Francisco yesterday was to farm enough Magikarp for a Gyarados. Haters gonna hate," she explained.

The Pokémon Go of sustainability would need to generate a sense of urgency for taking more socially and environmentally friendly actions. Somehow, it would need to distill long-term environmental threats into smaller, more immediate challenges that seem actionable and appeal to users’ evolutionary preferences.

Maybe we're kidding ourselves, and the Pokémon Go of sustainability is as unlikely as stumbling across a leveled-up Vaporeon in Venice. Creating a single app capable of making a meaningful dent on individuals’ environmental behaviors might be beyond our current digital and mental programming capabilities.

Rather than trying to compete with popular game apps, what if developers seamlessly could integrate functions that made users more eco-friendly without them even realizing it?

But what if we settled with making Pokémon Go itself more sustainable? Rather than trying to compete with popular game apps, what if developers seamlessly could integrate functions that made users more eco-friendly without them even realizing it?

Pokémon Go could give credits for in-app purchases to users who bike or take public transit to school or work; reward users with rare Pokémon after participating in a park cleanup or volunteering at a soup kitchen; or maybe even give opportunities for upgrades when eco-friendly purchases are made. At the very least, it could use the love of fictional animals to spread awareness that half of the world’s actual animals have gone extinct in the past 40 years. (Sorry, there I go being bluntly logical again — old habits die hard.)

Heck, we could at least try to sell solar-powered battery chargers for Pokémon Go enthusiasts frustrated by their big Poke-ambitions and small smartphone batteries.

Whatever route we take, the sophistication of augmented reality and digital apps likely will escalate quicker than we can address our mounting social and environmental challenges. It’s time for a new generation of innovators to harness digital technology’s potential for instigating meaningful social and environmental behavioral change. Several socially and environmentally-focused apps already are sprouting up, including iRecycle, Zero Carbon and JouleBug.

We still have a long way to go — maybe we’ll get there once we’ve caught them all.