What you need to know about the bold new building laws in New York and D.C.

The District of Columbia and New York City both recently passed bold laws to meet their commitments to slash their greenhouse gas emissions in half in a little more than a decade and by more than 80 percent by 2050.

By passing the first two laws in the country that require broad swaths of existing buildings to improve their energy performance, the two cities catapulted ahead of every other U.S. jurisdiction. What does this mean for each city and its real estate communities? How are they different? To realize the full economic, environmental and health impacts of the new laws, both cities will need to wisely and effectively implement their legislation. And, they’ll need to take additional bold steps addressing buildings, transportation and waste to meet their climate commitments.

Buildings account for the lion’s share of greenhouse gas emissions (74 percent in D.C. and 67 percent in New York). To meet these ambitious climate goals, public and private buildings must be made dramatically more energy efficient. Fortunately, both cities are already longstanding leaders in green building, green building codes and climate and energy policies.

Each benefits from having sophisticated building industries and tenants and consistently rank within the top five cities for the most Energy Star- and LEED-certified buildings. In fact, D.C. was named the world’s first LEED Platinum city in 2017. Yet both Washington and New York City stand to reap an economic windfall of billions in cost-saving opportunities by putting the pedal to the metal on energy efficiency and distributed energy resources as alternatives to building new gas and electric distribution infrastructure.

Washington and New York City stand to reap an economic windfall of billions in cost-saving opportunities by putting the pedal to the metal on energy efficiency and distributed energy resources.

Despite their similarities and starting from a strong foundation, the two cities have important differences, and many crucial steps remain to implement their building laws to have the greatest impact. Below are some key differences between the District’s Clean Energy DC (CEDC) Omnibus Act and Int. 1253 (the centerpiece of New York City’s Climate Mobilization Act), why they matter and what steps each city is taking to succeed.

New York builds on a decade of leadership

Since their passage in 2009, NYC’s Greener Greater Building Plan laws (GGBP) have been the gold standard for addressing the root causes of wasted energy in existing buildings. Along with efficiency incentives and innovative programs such as NYC’s Retrofit Accelerator and Building Energy Exchange, the GGBP laws form a package that serves as a model for other cities, including D.C. Currently, D.C. funds less generous incentives than are available in NYC; following NYC’s lead, D.C. is in the process of standing up a high-performance building hub.

While NYC’s GGBP package is helping drive energy efficiency in buildings, it is not at the pace needed to meet the city’s climate commitments. Incorporating Int. 1253 into the package provides the best model to date of the comprehensive approach that will be needed to transform a city’s real estate market and meet bold climate commitments.

D.C. benefits from its unique combination of city and state powers

New York’s gas and electric utilities are regulated at the state level. In contrast, D.C. is uniquely a city and a de facto state that regulates its utilities. Using this power, D.C. included a nation-leading 100 percent renewable energy portfolio standard (RPS) as a central plank of its CEDC law, which must be met by 2032.

The other central plank and most innovative provision of the CEDC law is its Building Energy Performance Standard (BEPS), which requires that at least half of all existing buildings invest in boosting energy performance. This affects buildings over 50,000 square feet starting in 2021 and will phase down to buildings as small as 10,000 square feet. Of note: D.C.’s BEPS focuses only on what happens on the property and makes no adjustments based on purchases of green power. The one-two punch of BEPS and a 100 percent RPS requires that every large building in D.C. be efficient or invest in efficiency and be powered by renewables. This is a huge and necessary step for any city to cost-effectively meet bold climate commitments and the CEDC law’s greatest strength.

D.C.’s BEPS is built on the popular federal Energy Star 1-100 building energy efficiency rating system. Purchases of green electricity generated off-site do not affect Energy Star scores, thereby focusing owner and tenant attention on the key opportunities of energy efficiency and to a lesser degree on-site renewable generation. And Energy Star accounts for weather, occupant density, operating hours and other factors which from a fairness perspective should not affect a building’s score.

New York’s Int. 1253 sets annual carbon intensity limits on building emissions, including emissions from electricity consumed by covered buildings 25,000 square feet and larger. The law therefore can be thought of as a "building carbon performance standard." Int. 1253 applies to NYC’s 50,000 largest buildings, which account for only 5 percent of the total number of properties in the city but which consume nearly 60 percent (PDF) of all energy in buildings in NYC.

Both Energy Star scores and NYC’s carbon intensity limits are massively correlated with progress against greenhouse gas emissions, but neither is a perfect match. Future rule-making ultimately will determine which metric will be a better match.

When will each law affect real estate?

As a next step, D.C. will define through rule-making a number of property types (all office buildings might be grouped as one type), evaluate the Energy Star scores of every building in each type, and set a performance standard for each type that is no lower than the median score for buildings of that type. Therefore, at least half of all buildings will have to improve their performance by picking from one of these options: improving its Energy Star score to the level of the BEPS; reducing its normalized energy consumption by 20 percent; or picking from a menu of prescriptive options that will be developed during rule-making, but which are required by the law to equal 20 percent reductions in consumption.

The law would cut NYC’s GHG equivalent to nearly 6 million tons of CO2 per year by 2030, making it likely the biggest positive climate impact of any single law by a city.

The process will repeat every five years so the energy performance bar naturally will ratchet up. This approach has the virtue of flexibility and fairness for building owners (no owner will be required to cut its energy use by more than 20 percent in a five-year cycle); however, it provides less certainty regarding the amount of emissions reductions it will generate, especially in the out years.

In contrast, NYC’s Int. 1253 spells out carbon intensity limits that effectively will require improvements by the bottom 20 percent of worst performing buildings in the initial 2024-2029 compliance period, and by the 75 percent highest GHG intensity buildings in the 2030-2034 compliance period. The law does not cap the reductions that may be required of a building owner to meet the intensity limits, but it wisely gives NYC’s Department of Building discretion to provide building owners flexibility to cope with financial, legal or technical limitations. It also requires that by 2021 the department decide whether and how to set up a system of carbon trading among buildings.

Such a system likely would provide an escape valve to reduce total costs while ensuring total emissions reductions and prevent building owners from bearing an excessive financial burden. But it will be a monumentally difficult job for the department to establish a trading system that is fair and effective while balancing many important interests including environmental justice.

In both cases, the key outcomes are still subject to rule-making processes. In contrast to D.C.'s approach, Int. 1253 places a higher value on certainty regarding the level of emissions reduction that will be achieved than on providing certainly regarding the impact to building owners.

Which law has the bigger climate impact?

D.C. preliminarily projected (PDF) that in 2032 its CEDC law will reduce greenhouse gas emissions by nearly 3 million tons of carbon-dioxide-equivalent annually, equal to removing over 600,000 cars from the road. The NYC Mayor’s Office of Sustainability estimates that Int. 1253 will cut the much larger city’s greenhouse gas emissions equivalent to nearly 6 million tons of carbon dioxide per year by 2030 (equivalent to removing 1.3 million cars from the road), making it likely the biggest positive climate impact of any single law adopted by any city.

Even if the laws are fully and vigorously implemented, both cities will need to do more.

Nevertheless, while Int. 1253 saves more in absolute terms, D.C.’s law saves more in relative terms — over 40 percent of D.C.’s entire carbon footprint relative to the 2006 baseline. To be fair, a little over half of D.C.’s savings come from its RPS, an option not available to NYC.

Of course, these savings will depend on robust and effective rule-making and implementation of the new laws, and building owners, utilities and local stakeholders responding in a positive and proactive way that leads to transformation of the real estate market. For instance, building owners need to quickly begin the process of understanding what improvements they’ll need to make to their buildings, pricing out those improvements and integrating them into their capital plans. Sophisticated building owners started this before the laws’ passages because they know that measuring and managing energy use and improving efficiency is a smart investment. Now, a concerted push is needed to make sure that even the smallest owners do so and are able to reap the benefits of efficiency and clean energy; as part of this push, New York has tripled the budget and staff of its Retrofit Accelerator.

Similar to when D.C. and NYC passed energy benchmarking and transparency legislation a little over a decade ago, these new building performance laws put the cities ahead of their peers. But even if the laws are fully and vigorously implemented, both cities will need to do more. The cities will need to take additional bold steps to be on pace to meet their climate commitments. 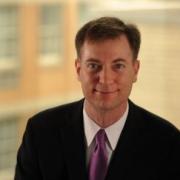 See all by Cliff Majersik